In a press conference Wednesday, the Kenosha County Sheriff’s Department announced that local authorities made the bust after serving “knock and announce ”search warrants at two locations in the county. At one property, police seized approximately 31, 200 vape cartridges, each filled with 1 gram of oil containing tetrahydrocannabinol (aka THC, the psycho-active ingredient in cannabis). They also seized 98, (0 unfilled vape cartridges, 57 Mason jars filled with approximately 1, 616 ounces of refined liquid THC, and approximately eighteen pounds of marijuana.

According to a report by local news outletKenosha News, Tyler Huffhines had 10 employees who manufactured and processed THC while assembling and packaging vape cartridges.

Huffhines reportedly paid his employees 30 ¢ per cartridge, which were packaged to look professional, according to Kenosha County assistant district attorney Andrew Burgoyne. The outfit filled 3, 00 0 to 5, 00 0 cartridges a day, each of which sold for $ 16.

The bust comes as federal agencies and authorities in 33 states — including Wisconsin— investigate an abrupt rash of severe lung illnesses that have been linked to vaping. The Centers for Disease Control and Prevention has tallied 450 possible cases and six deaths nationwide. As of September 5,Wisconsin reports 34 cases, with 12 others under investigationand no deaths .

Sgt. Chris Hannah, Kenosha County Sheriff’s Department’s Public Information Officer, told Ars Wednesday that the bust of the bootleg operation was not tipped off by any products or information from the lung illness investigation. It’s unclear if any of those sickened used the products, but “it’s still an open investigation at this time,” Sgt. Hannah said. He anticipated being in touch with the state’s health department and investigators over the issue. He added that the department did not yet know what was in the cartridges besides THC. Toxicology testing is pending, Sgt. Hannah said.

A spokesperson for the Wisconsin Department of Health Services told Ars only that “Our disease detectives are working to gather information about the substances and products used in connection with the cases of lung disease linked to vaping. ”They referred other questions back to Kenosha County law enforcement.

No single product or ingredient has yet been linked to all the cases or proven to cause the illnesses, which generally involve shortness of breath, chest pain, cough, nausea, vomiting, fever, and weight loss. But investigators have largely focused oncontaminants in counterfeit and black-market products. Many of the cases (but not all) also link to THC-containing products.

Last week, investigators in New York reported they had linked the oily additivevitamin E acetatein THC-containing products to many of the cases in the state. “At least one vitamin E acetate containing vape product has been linked to each patient who submitted a product for testing,”the department said in a statement. Many of the products were black market counterfeits, the department added. 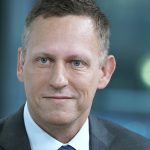