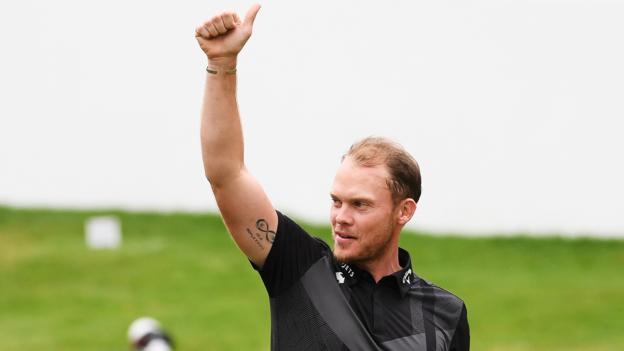 England’s Danny Willett has won the PGA Championship by three shots after a five-under-par 67 on the final day at Wentworth.

Willett began the day tied for the lead with Spain’s Jon Rahm, who shot 70 to finish second, with South Africa’s Christiaan Bezuidenhout third.

It is the 31 – year-old’s biggest win sinceThe 2016 US Mastersand the seventh of his career.

Justin Rose was eighth after a 72, one place ahead of Rory McIlroy.

“This has been a fairytale week for me, “said Willett. “To win on home soil really has been amazing for me.

” This course produces fantastic winners and it’s an honor and a privilege to put my name alongside theirs. “

Willett was catapulted into golf’s higher echelons when he took advantage of Jordan Spieth’s spectacular collapse to pick up the Green Jacket at Augusta three years ago.

But from the high point of that April afternoon in Georgia, Willett’s game nosedived. After this event last year , he was 462 nd in the world.

In a bid to get back to the top, he changed everything – his caddie, his coach, his management company, his home – and there were signs that he was turning the corner when he won theDP World Tour Championshipin Dubai last November. )

But his game came together in stunning fashion over the four days at Wentworth. Scores of 68, 65, 68 and 67 were testament to that.

Tied with Rahm at the start of the day, birdies at the second and third put the Yorkshireman ahead and he was never caught. And he ended in grandstand style with birdies at both of the famous par fives to cap a superb performance.

With victory, Willett climbs back to 31 st in the world and he takes an immediate lead in the qualification process for Europe’s Ryder Cup team for the 2020 match at Whistling Straits, Wisconsin.

Rahm was desperate to follow in the footsteps of the likes of Seve Ballesteros and Jose Maria Olazabal as a Spanish winner at Wentworth.

But the 24 -year-old, chasing his fifth European Tour success, could not match Willett’s quality.

A birdie putt on the 16 th that would have narrowed the gap to one horse- shoed out, and trailing by two coming up the last, when his approach to the green landed in the water, his challenge was over.

Bezuidenhout shot four rounds in the 60 s to finish on his own in third, while American duo Billy Horschel and Patrick Reed, the 2018 Masters Champion, justified their decision to come over by sharing fourth spot.

Englishman Rose’s 72 was the highest total of anyone inside the top 15 on Sunday, while Northern Irishman McIlroy’s 67 saw him post 132 over the weekend – the lowest in the field – having only just survived the halfway cut after beginning with a 76. 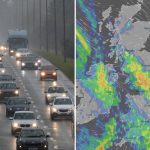 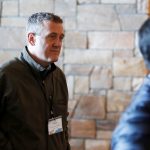