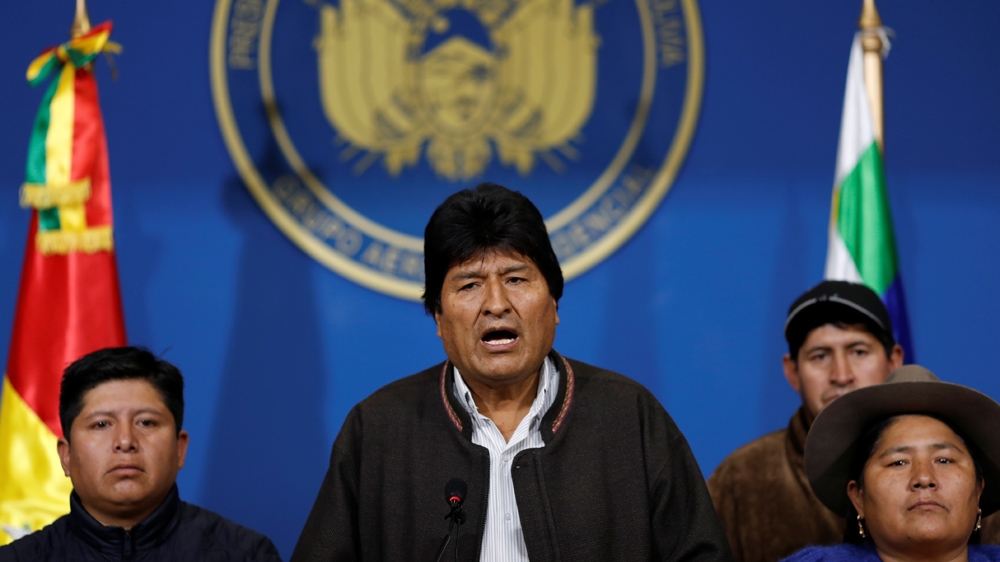 Bolivian PresidentEvo Moralessaid he will call new elections after the Organization of American States (OAS) released a report saying a disputed vote last month that sparked deadly protests should be annulled because of irregularities.

In a news conference on Sunday, Morales also said he would replace the members of the electoral board that came under fire after being mired in widespread allegations of electoral fraud in the October 20 vote.

“In the following hours, in agreement with all political forces, [we] will establish [the steps] for this [to take place],” he said.

When questioned about whether he would be a candidate in the new election, Morales told a local radio station “the candidacies must be secondary, what comes first is to pacify Bolivia”, adding he has a constitutional duty to finish his term.

Rival Carlos Mesa said Morales and Vice President Alvaro Garcia Linera should not preside over the electoral process or be candidates.

“If you have an iota of patriotism, you should step aside,” Mesa told Morales in a press conference.

But he has faced growing dissatisfaction because he ran for a fourth term after refusing to abide by the results of a referendum that upheld term limits for the president. Bolivia’s constitutional court then ruled term limits violated his rights.

Morales’s comments came shortly after the OAS said in a preliminaryreportissued on Sunday it could not verify the result after finding “clear manipulations” duringan auditof the vote.

“The manipulations to the computer system are of such magnitude that they must be deeply investigated by the Bolivian state to get to the bottom of and assign responsibility in this serious case,” the organization said.

The OAS added it was not statistically likely that Morales had secured the 10 percentage-point margin of victory needed to win outright and recommendedBoliviause new electoral authorities for any new vote.

“The first round of the elections held on October 20 must be annulled and the electoral process must begin again, with the first round taking place as soon as there are new conditions that give new guarantees for it to take place, including a newly composed electoral body, “theOASsaidin a press release.

Morales was declared the winner of the October election with a lead of 10 percentage points over his main rival, Mesa, giving him an outright win. But a near 24 – hour halt in the count sparked accusations of fraud and led to protests, strikes and roadblocks.

Luis Fernando Camacho, a civic leader from the eastern city of Santa Cruz who has become a symbol of the opposition, said the OAS report clearly demonstrated election fraud and reiterated his call for Morales to resign.

He said he plans to carry a pre-written resignation letter for Morales to sign to the government palace.

“Today a battle was won but we will reconfigure the constitutional order and democracy, and only when we can be sure that democracy is solid will we go home,” Camacho said to a crowd of cheering supporters in La Paz. ********

Morales has defended his election win but had said he would adhere to the findings of the OAS audit.

The announcements came a day after police officers were seen joining anti-government protests and themilitary saidit would not “confront the people” over the issue.

In a Twitter post in the early hours of Saturday, Morales accused the opposition of organizing a coup.

At a news conference later at the base, the president appealed to Bolivia’s political factions to hold talks. He said the four parties that received the most votes in the nine-candidate election should sit down with “an open agenda to pacify Bolivia”. ********

Morales said he would also invite to the talks international organizations, including the Vatican, theUnited Nationsand the OAS.

“I have nothing to negotiate with Evo Morales, who has lost all grip on reality,” he said.

Meanwhile, demonstrators on Saturday burst into the offices of the media outlets Bolivia TV and Radio Patria Nueva and forced employees to leave, accusing them of serving the interests of Morales, AFP news agency quoted Ivan Maldonado, the director ofRadio Patria Nueva, as saying.

Morales denounced the seizure. “They say they defend democracy, but they behave as if they were in a dictatorship,” he wrote on Twitter.

A radio station run by a farmers’ union was also seized by protesters, Morales said.

The president also accused members of the opposition of setting fire to the home of his sister in the southern city of Oruro as part of what he called an effort to overthrow him.

Jorge Dulon, a political analyst at the Catholic University of Bolivia in La Paz, told The Associated Press that MoralesFaces “the most complicated moment” in his 14 years in power and warned that the situation could deteriorate.

Separately, a number of left-leaning leaders in the region backed Morales, including those of Venezuela, Cuba,Mexicoand Argentina’s President-elect Alberto Fernandez.

“We denounce before the world the attempted coup d’etat in progress against the brother President Evo Morales,” (Venezuelan President)Nicolas Madurowrote on Twitter.

TheEuropean Unionissued a statement on Saturday calling for demonstrators to remain peaceful, saying a solution “can be achieved through peaceful negotiations”.

(Michael Kozak,the USassistant secretaryforWestern Hemisphere affairs, tweeted:“Bolivian citizens deserve credible and transparent elections that they can trust to represent their will. We urge all actors to avoid violence and ensure that the forces of public order continue to exercise restraint. “ 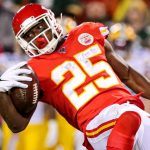