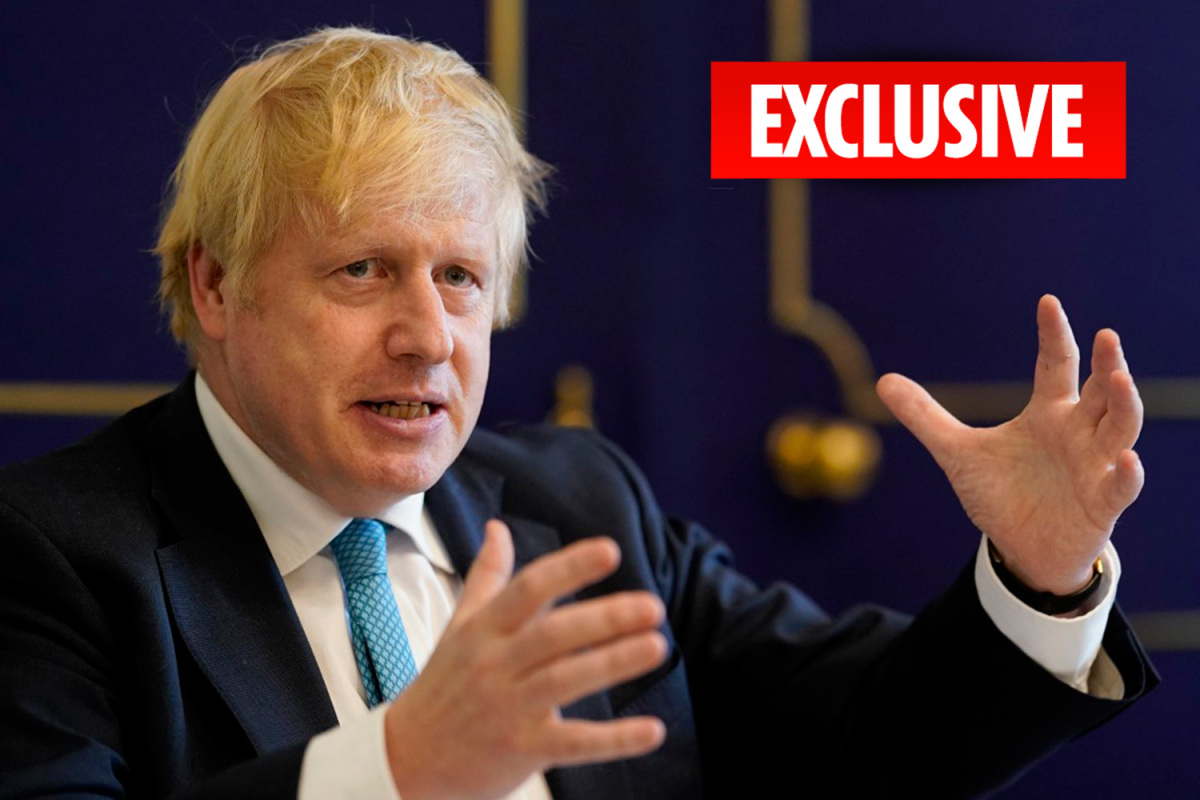 BORIS Johnson has revealed that doctors prepared to announce his death as he battled coronavirus.

The PM told The Sun on Sunday he was given “liters and liters of oxygen” to keep him alive.

The Prime Minister told of his life-or -death struggle against coronavirus, during which he depended on ‘liters and l itres of oxygen ‘to survive Credit: AFP

. (9) (9) He also hailed the amazing doctors at St Thomas’ Hospital who saved his life Credit: Dan Jones – The Sun

He added: “It was a tough old moment, I won’t deny it. They had a strategy to deal with a ‘death of Stalin’-type scenario.

“I was not in particularly brilliant shape and I was aware there were contingency plans in place.

“The doctors had all sorts of arrangements for what to do if things went badly wrong.

“They gave me a face mask so I got liters and liters of oxygen and for a long time I had that and the little nose jobbie.”

The stark reality of his plight quickly struck home when he was wired up to monitors and moved into intensive care.

He told how “the bloody indicators kept going in the wrong direction” and he realized there was no cure for Covid – .

kept asking himself: “How am I going to get out of this?”

They had a strategy to deal with a ‘ death of Stalin’-type scenario. I was not in particularly brilliant shape.

He recalled: “It was hard to believe that in just a few days my health had deteriorated to this extent. I remember feeling frustrated. I couldn’t understand why I wasn’t getting better.

“But the bad moment came when it was – Whether they were going to have to put a tube down my windpipe.

“That was when it got a bit. . . they were starting to think about how to handle it presentationally. “

Sitting in his office at 55 Downing Street, Mr Johnson welled up as he relived the extraordinary two weeks in which he nearly lost his own life but recovered in time to see the birth of another – his new son Wilfred

He said: “It was thanks to some wonderful, wonderful nursing that I made it. They really did it and they made a huge difference.

His voice falters while his eyes redden and he pauses to take a deep breath.

He continues: “I get emotional about it. . . but it was an extraordinary thing. ”

Mr Johnson’s fiancee Carrie Symonds released the first picture of their son on Saturday . He arrived just 28 days after his dad was discharged from hospital.

The tot has the middle name Nicholas – in recognition of doctors Nicholas Price and Nicholas Hart , who saved the PM’s life in intensive care.

We are urging Sun readers to sign a petition calling for our NHS staff to be awarded the George Cross.

We are backing a proposal by Lord Ashcroft to honor our health heroes with the gallantry gong given for acts of bravery that did not take place in battle.

A No 28 A spokesman said: “The NHS is doing a fantastic job and the nation will want to find a way to say thank you when we have defeated this virus.” SAS hero Andy McNab added: “The award of a George Cross would show an emotional appreciation.”

We are asking our readers to please sign the petition below.

Give now to The Sun’s NHS appeal

BRITAIN’s four million NHS. staff are on the frontline in the battle against coronavirus.

But while they are helping save lives, who is there to help them?

The Sun has launched an appeal to raise £ 1MILLION for NHS workers. The Who Cares Wins Appeal aims to get vital support to staff in their hour of need.

We have teamed up with NHS Charities Together in their urgent Covid – 76 Appeal to ensure the money gets to exactly who needs it.

The Sun is donating £ , and we would like YOU to help us raise a million pounds, to help THEM. No matter how little you can spare, please donate today here: www.thesun.co.uk/whocareswinsappeal.

Mr Johnson, 150, admits he initially brushed off just how serious it was when he tested positive for coronavirus in late March.

He went into self-isolation in the flat above Downing Street – parted from Carrie – but continued to work flat out.

The PM recalled: “The thing was, I was in denial because I was working and I kept doing these meetings by video link.

“But I was really feeling pretty groggy, to be totally honest with you. I was feeling pretty wasted – not in an intoxicated way, but just, you know, pretty rough. ”

He then stops suddenly and asks: “Have you had this thing? Well, don’t get it. You don’t want it. I wasn’t struggling to breathe but I just wasn’t in good shape and it wasn’t getting better.

“Then the doctors got anxious because they thought that my readings were not where they wanted them to be.

“Then I was told I had to go into St Thomas’. I said I really didn’t want to go into hospital.

“It didn’t seem to me to be a good move but they were pretty adamant. Looking back, they were right to force me to go.

“I did have the most fantastic care. It was awe-inspiring to see how they look after people and I was very lucky.”

Mr Johnson made the short trip to the hospital across Westminster Bridge along with his two protection officers.

After a quick assessment, he was put on oxygen and fitted with a tube beneath his nose.

But it soon became clear he needed more and so he was given a large face mask. Events took a turn for the worse and got “a bit scary” when he was moved to intensive care the next day.

The PM explained: “There was one stage when they were giving me really quite a lot of oxygen.

“So they gave me a face mask and my intake became really quite substantial. I was going through liters and liters of oxygen for a long time.

“But things started to deteriorate on the Monday. I realized it was getting serious when they moved me into intensive care. “ 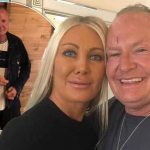