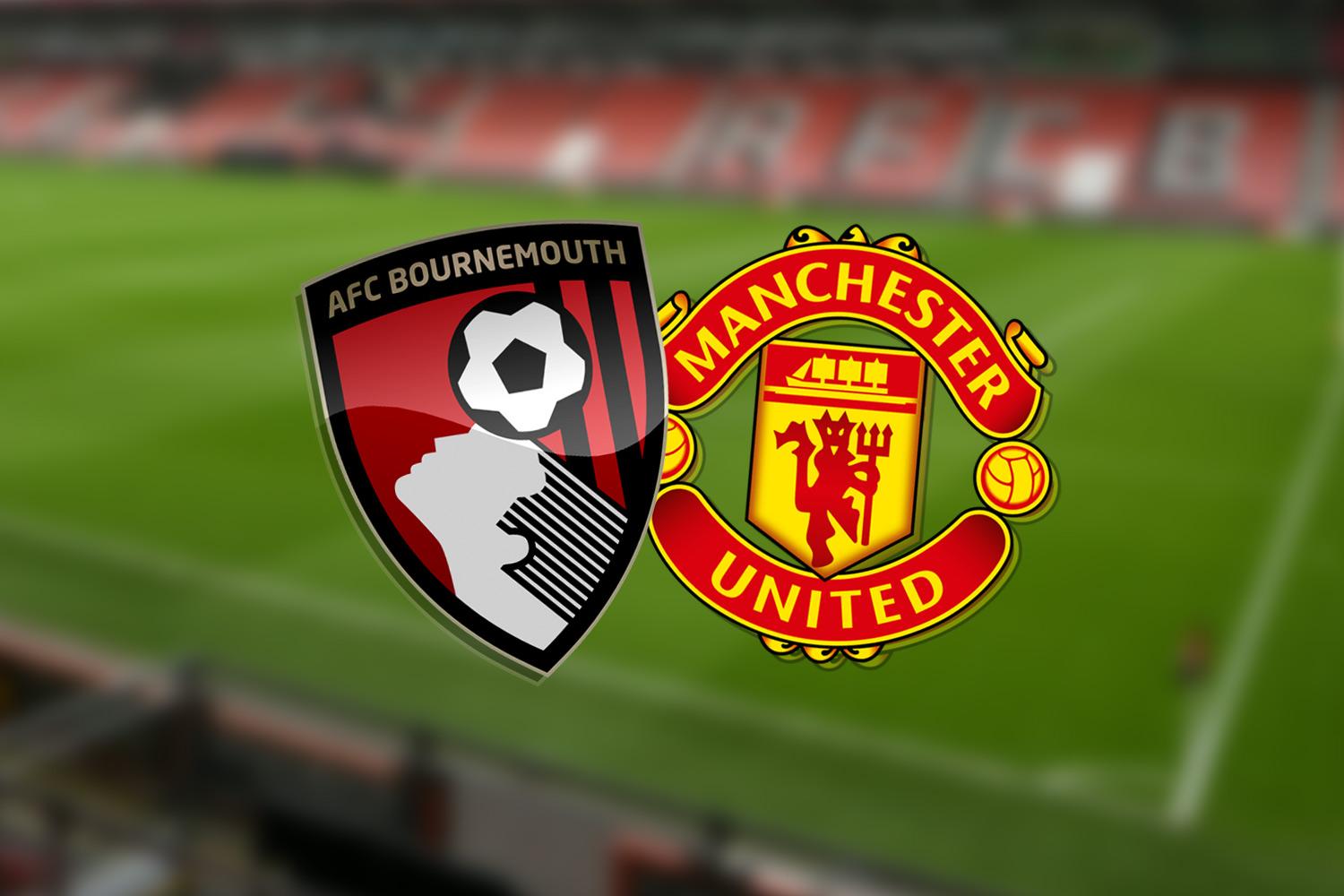 Prediction: Bournemouth 1-2 Man UtdThree wins on the bounce will give United huge confidence against a Bournemouth side who are unlikely to sit back.

8 mins:United have started extremely well here and are finding holes in the Bournemouth defense.

Twice in quick succession, they fail to find the target though. First Pereira fires over from a tight angle and then Fred, at the far post, squanders wide.

6 mins:Martial has obviously been told to shoot on sight but the Frenchman will be hoping to do better than his first effort – a tame, low effort that rolls into Ramsdale’s arms.

4 mins:An early opportunity for the visitors as James gets past Rico and squares it to Pereira, but he loses his balance when lining up the shot!

An early warning for Bournemouth there.

3 mins:Already, you can see the effect the conditions are having on the players.

The pitch is soaked and the wind is causing the ball to change direction mid-air. It’s going to be tough to deal with for the players, especially in an open arena like the Vitality Stadium.

We’re underway at the Vitality Stadium.

Before kick-off, there will be silence around the stadium as the Last Post is sounded out around the ground as part of Remembrance Day.

The players are in the tunnel and we’re minutes away from kick-off!

United will be wearing their gold shirt for the first time today.

Last time we were here, Bournemouth sprung a shock to beat Jose Mourinho’s Manchester United side 2-1 which would eventually contribute to the Portuguese’s departure just a week later. )

Solskjaer is not on the brink, but a defeat today would leave them sitting dangerously close to the relegation zone. Surely, it can’t happen again.

The Man Utd squad are put through their paces with just 15 minutes to go until kick-off.

The pitch will be slick due to the downpour this morning and with 70 mph winds expected, it will be interesting to see how that affects how the two sides play.

Man Utd goalkeeper David De Gea warms up on the pitch at the Vitality Stadium.

He hasn’t kept a clean sheet in the Premier League since September 14 – a run going back five games. Is today the day the Spaniard keeps everything out?

The man who would be King

It’s another opportunity for Josh King to show the club where he came through the ranks exactly what they’re missing.

King began his career at Valerenga before moving to Old Trafford in 2008. He left in 2013, signing for Blackburn after an impressive loan spell, before departing for the South Coast two years later.

The Norway international has scored twice in his seven appearances against the Red Devils but has only scored twice this season.

King has an almost telepathic strike partnership with Callum Wilson, and with the pair both starting today against Maguire and Lindelof – who have only just been passed fit – they could prove to be a problem for the United backline.

After a dismal run of 11 away games without a win, Manchester United finally ended their woes on the road with a 1-0 success at Partizan.

It wasn’t a vintage performance, one more that would be categorized under ‘battling display ‘. But it seemed to inspire United after holding firm against the Serbian side in the hostile Partizan Stadion.

Solskjaer said it could be a turning point in their season and it just might prove to be.

An impressive 3-1 win over Norwich, which could have been greater had Rashford and Martial not missed from the spot, meant they had scored more than once in a game for the first time since the opening day of the season.

And yes, it’s the Carabao Cup. But beating a Chelsea side on a run of seven straight victories showed how United are getting their groove back.

Bournemouth are next in line and without a goal in their last three league matches , it presents another opportunity to United to climb up the table again.

Ole Gunnar Solskjaer has named an unchanged line-up from the 3-1 win over Norwich City last weekend.

That means Marcus Rashford, Harry Maguire and Victor Lindelof, who all picked up minor knocks against Chelsea in midweek, have recovered in time for the trip to the South Coast.

Mason Greenwood is back on the bench after turning out for the Under – 23 s on Wednesday, while Marcus Rojo drops to the bench having started in the Carabao Cup.

Just one change for Bournemouth, with Harry Wilson replacing Arnaut Danjuma as Eddie Howe sets his side up in a 4-4-2 formation.

It’s wet and it’s cloudy on the South Coast today. But Manchester United won’t mind the long round-trip as long as they pick up a fourth straight win in all competitions.

McTominay leading United back to form

How good has Scott McTominay been so far this season? Just ask Ole Gunnar Solskjaer.

The 22 – year-old has started every league game this season and scored twice, providing an assured presence in the heart of the midfield three.

Not only do the fans love him, but the Norwegian boss has certainly been impressed with the young midfielder, especially in becoming a leader for Man Utd on the pitch.

” You can tell he used to be a striker with the goal he scored against Norwich on the half-turn and he’s developing into a very good midfielder. “

How will Manchester United line up for their trip to the South Coast?

Ole Gunnar Solskjaer will be sweating over the fitness of three players ahead of kick-off, with Harry Maguire, Marcus Rashford and Victor Lindelof all doubts after picking up knocks during the 2-1 Carabao Cup win at Chelsea on Wednesday night.

“It’s still early,” the Norwegian told reporters on Friday. “Hopefully we can get them back on the pitch tomorrow.

” They had some treatment yesterday, a little more treatment today, a light session and hopefully they’re ready. I can’t exactly tell you now. “

Solskjaer does not expect Luke Shaw, Nemanja Matic or Axel Tuanzebe back before the international break: that means Ashley Young should return at left-back despite impressive performances from Brandon Williams.

Matic’s absence should see Fred and Scott McTominay continue in midfield, while Andreas Pereira will likely return after Jesse Lingard failed to

The Cherries are bidding for their first win in five Premier League games on Saturday at the Vitality Stadium against a United side that Howe feels is back on track under Solskjaer.

“There’s positive signs for them, “Howe told a press conference.

” They’ve got quality players, a very good manager who has given them real stability. He’s working to the future to build a new Manchester United.

“I imagine it is (hard under that level of pressure). I think he’s handled himself really well and done an excellent job to this point.

“Certainly looking at their last few games, which I have in great detail, I think they have played very well. The game against Chelsea was a very strong performance.

“They’ll be pleased with their attacking play and defensive structures. Then looking back at Norwich, playing them away is a tough game and I thought they were very professional, did the job and got a really good win. “

Hello and welcome to our coverage of Manchester United’s trip to Bournemouth at the Vitality Stadium!

We’ll have all the team news and build-up for you shortly before today’s lunchtime kick-off.

Marcus Rashford, Harry Maguire and Victor Lindelof have all recovered to start for United.

The key trio were all injury doubts on Friday, but are fit to face the Cherries. Fred and Scott McTominay continue their promising midfield partnership, while Daniel James and Andreas Pereira support Anthony Martial and Rashford in attack. 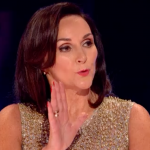 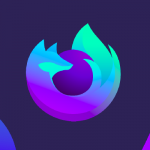