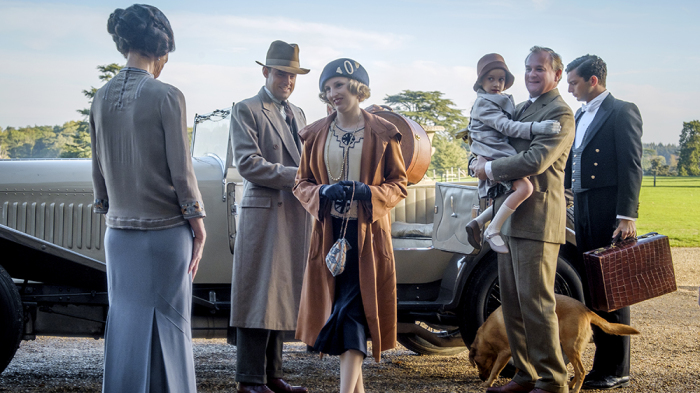 “Downton Abbey” comes three years after the ITV series of the same name aired in the US as part of PBS ’Masterpiece Classics. Directed by Michael Engler, the film continues its focus on the Earl of Grantham and his family with the added twist of a visit from the King and Queen of England. Original cast members Michelle Dockery, Elizabeth McGovern, Maggie Smith and Hugh Bonneville all returned for the movie.

“Ad Astra” opened to $ 7 . 16 million on Friday as it heads toward an estimated $ 19 .5 million debut. Despite its warm welcome at the Venice Film Festival, the James Gray directed film appears to be missing with theatergoers, earning a 47 percent audience score on Rotten Tomatoes (versus an (percent from critics). “Ad Astra” stars Brad Pitt as an astronaut who must journey across the solar system to find his missing father, a renegade scientist portrayed by Tommy Lee Jones.

“Ad Astra” is also in a tight race for second place with Lionsgate and Millennium’s “Rambo: Last Blood, ”which scored $ 7. 17 million from 3, 618 locations. However, early estimates are pointing to a slightly lower $ 18 million opening weekend for the Sylvester Stallone starring film. That’s on par with 2008 ‘s “Rambo,” the franchise’s previous entry into the series, which opened to $ 18 .2 million.

Box office holdovers include “Hustlers,” which stayed strong at the box office in its second weekend, nabbing another $ 5. 410 million for a projected $ 17 million come Sunday. If estimates hold, the hit film should bring its domestic total up to approximately $ 62 million. Close behind is “It: Chapter Two,” which rounds out the top five with $ 4. 825 in its third Friday at the box office. With a projected weekend total of $ 15 .6 million, the film should increase its total gross to around $ 177 Million. 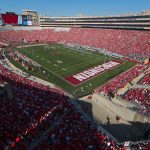 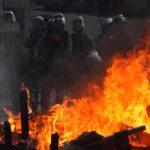