MUMBAI:Maharashtrafinance minister and seniorBJPleaderSudhir Mungantiwaron Tuesday hinted at a possible breakthrough in the ongoing deadlock with the Shiv Sena over formation of a government, saying a “good news” can come at any moment.
He was speaking to reporters after attending a meeting of BJP leaders called by chief ministerDevendra Fadnavisat the latter’s official residence here in afternoon .

“A good news regarding government formation can come at any moment,” Mungantiwar said.
BJP state unit president Chandrakant Patil, who also attended the meeting, said they are now waiting for a proposal from the Shiv Sena.
“We have extended our complete support to Fadnavis as leader of the legislative wing of the party in Maharashtra,” he added.

The BJP and the Sena are locked in a bitter tussle over sharing of the post of chief minister and ministerial portfolios in new government, even 12 days after the assembly poll verdict handed them enough seats to cobble up a coalition government.
The ruling BJP and the Sena had won 161 seats together in the 288 – member House, much above the halfway mark of 145.
The Sena had called of a meeting to hold formal talks with the BJP on October 29 after the chief minister rejected Sena chief Uddhav Thackeray’s claims that a formula had been “agreed upon” on “equal sharing of power” ahead of the Lok Sabha elections held in April-May this year.
High-profile meetings in New Delhi on Monday between NCP chief Sharad Pawar and his Congress counterpart Sonia Gandhi, and the one between Fadnavis and BJP chiefAmit Shahhad failed to give any indication of breaking the logjam over government formation. 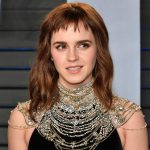