British Islamic State detainees will be brought back from Syria if they can be prosecuted in the UK and there is no better place to try their case, the national security adviser has said.

Sir Mark Sedwill’s comments are the clearest signal yet that a number of captured fighters, held by Kurdish-led forces in detention camps, could be repatriated.

He was responding to a question about foreign fighters at an international conference in Bahrain on Saturday.

“If we can bring them back to the UK and put them through our criminal justice system and deal with them appropriately, we will. If it is better done elsewhere, then we will work with allies to do that.

“Many of the crimes that these individuals have committed have been committed for example against our allies and partners in Iraq and it may well therefore be appropriate for them to be dealt with there.

TheUS has put significant pressure on Britainand other European allies to deal with hundreds of detained IS militants rather than leave them in legal limbo in Syria, where their fate is unclear and thechances of escape have grownin recent weeks.

Sir Mark also suggested more British children of IS parents could be brought home following the repatriation this week of a group of orphans.

He added: “These are young British citizens who, through no fault of their own – because of the decisions of their parents – found themselves in a war zone and we felt it was the right thing to do, once we were able to do so, to repatriate them.

“If others find themselves in the same circumstances and it is possible to do so then the same principle will apply. But people should not underestimate the practical challenges, the security challenges of doing that.”

He told the International Institute for Strategic Studies’ Manama Dialogue that the parents of children stranded in Syria were ultimately to blame for their suffering.

“The prime responsibility of course for the welfare of those children is with the parents who in effect abused and victimised them by taking them to a war zone and allowing them to be indoctrinated in the first place,” the national security adviser said.

“But they are Brits and we have a responsibility to them.”

Boris Johnson signalled on Friday that more IS children might be returned, but the prime minister said the logistics of a repatriation operation are extremely difficult.

There is a split in cabinet over policy on IS fighters and family members.

Dominic Raab, the foreign secretary, appears in favor of bringing back more minors. He also revealed last month that the policy against repatriating IS fighters was “under review”.

By contrast, Home Secretary Priti Patel and Defense Secretary Ben Wallace are reportedly opposed to any move to repatriate all minors because of security concerns.

Mr Wallace told a fringe meeting at the Conservative Party conference in October that British IS fighters detained in Syria should not be brought back to the UK for prosecution because they are dangerous “diehards” and the chances of convicting them are low, The Times has reported. 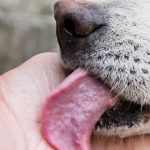