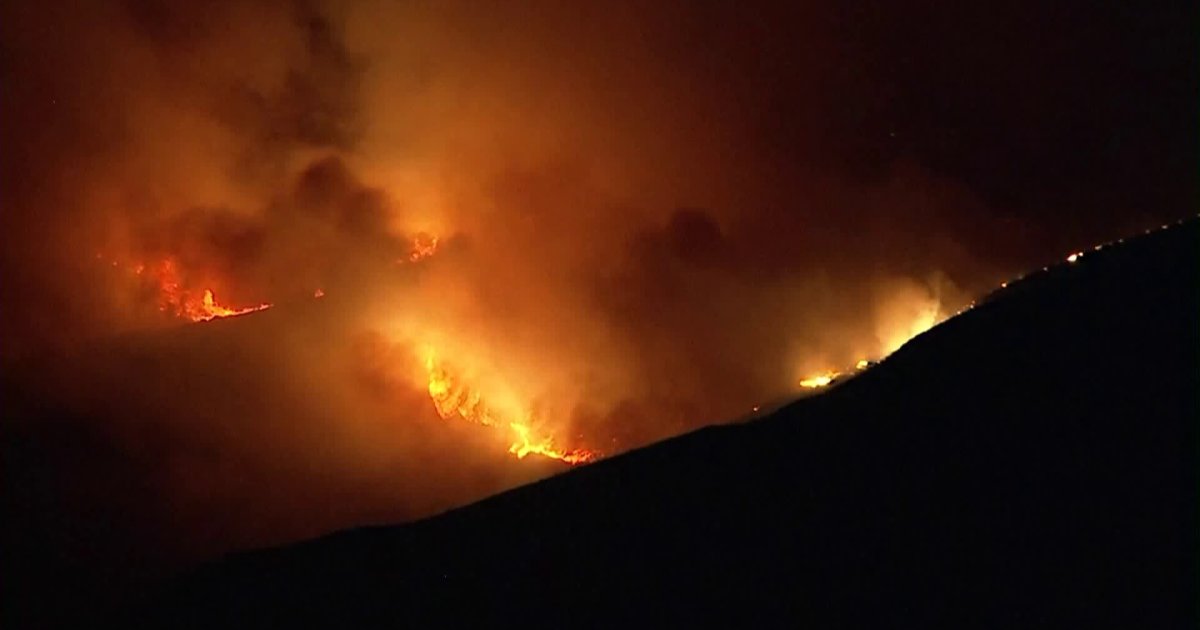 The blaze, which has been dubbed the Maria fire, broke out atop South Mountain, just south of Santa Paula, about 6: 15 PM and quickly exploded to 750 acres, the Ventura County Fire Department said.

Authorities issued mandatory evacuations for a swath of homes bordered by South Mountain Road on the north, Highway 118 on the south, Los Angeles Avenue on the west and Balcom Canyon Road on the east. With night falling, firefighters were trying to box the fire in that area and keep the flames from spreading north toward Santa Paula and south toward Somis.

About 250 firefighters were battling the fire, with helicopters dropping water on the blaze as engine crews on the ground tried to keep it from spreading Towards homes.

Santa Paula sits in the Santa Clara River Valley, among the most dangerous wind and fire corridors in Southern California. The river valley forms a wind-tunnel-like corridor, essentially connecting the high desert and the Santa Clarita Valley with the Oxnard Plain on the Ventura County coast between Oxnard and Ojai, and has the potential forsevere Santa Ana winds.

Toward the eastern part of that corridor, the recent Saddleridge fire was the third blaze near Sylmar in 11 years. Previously, the Sayre fire burned 11, 000 acres in November 2008, and the monthlong Creek fire burned 15, 000 acres in December 2017. That same month, the huge Thomas fire, at the western end of the Santa Clara River Valley, burned 280, 000 acres in Ventura and Santa Barbara counties.

The Maria fire broke out as crews continue to battle multiple fires across Southern California, including fires inSan Bernardino and Jurupa Valleythat together burned hundreds of acres and prompted thousands of residents to flee their homes.

Critical fire weather warnings have been extended through Friday night for the windiest spots of Los Angeles and Ventura counties,continuing red-flag conditionsfor an additional 24 hours.

The red-flag warnings, which sound the alarm for high winds, dry air and parched vegetation, will persist for inland mountains and valleys in Los Angeles and Ventura counties and the Santa Clarita Valley because of ongoing winds from the northeast and very dry air. Other areas were expected to see red-flag warnings expire as gusts ease Thursday evening to 25 mph to 35 mph.

Top wind gusts recorded Thursday were still strong – 67 mph in a Ventura County coastal valley, the National Weather Service reported, compared with a peak recorded Wednesday of 78 mph at Boney Peak in the Santa Monica Mountains. The air is still bone dry, with relative humidity levels in Simi Valley, the site of the fire that threatened the Reagan Library, at 8% Thursday.

Gusts of up to 54 mph were recorded close to the Cajon Pass, near where the Hillside fire in San Bernardino spread Thursday morning. At Riverside Municipal Airport, gusts of 25 mph to 30 mph were recorded near a fire in Jurupa Valley, said Jimmy Taeger, meteorologist with the National Weather Service office in San Diego.

The Times is offering fire coverage for free today. Pleaseconsider a subscriptionto support our journalism. 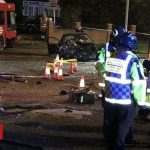 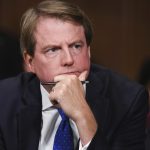