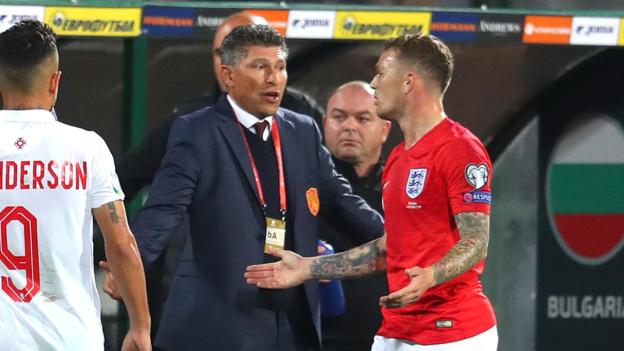 However, after the match Balakov, 53, said he “didn’t hear anything”.

“I am no longer national team coach,” Balakov told Bulgarian media after a meeting of the Bulgarian Football Union on Friday.

According to reports from Bulgaria, the whole board of the Bulgarian Football Union, including president Borislav Mikhailov, has resigned.

“The performance of Bulgaria’s men’s national team in recent months has been described as unsatisfactory, which is why Krasimir Balakov resigned,” a statement from the organization said.

Bulgarian authoritieshave so far identified 16 suspects and made 12 arrests following the England game.

Four supporters received fines and two-year bans on Thursday, with others remaining under investigation.

“I wish success to the next coach, the situation is not rosy at the moment, “said Balakov.

” I have never been a coach in such an atmosphere.

“I tried to pick up the players in the locker room. There was no rebellion.

“The players were so mentally stressed by what was happening on the pitch that they lacked the energy to rebel.”

I didn’t hear anything – Balakov

Balakov said on Monday night: “I was concentrated on the game.

” I didn’t actually hear anything but I just talked to the English press downstairs and I told them that if this is proven to be true, then we have to be ashamed and we have to apologize for it.

“But, once again, first it has to be proven to be true. “ 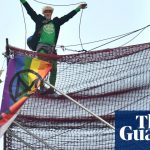