Of course, C has many features that C does not; but there are also a few features that only C has. And, perhaps most importantly, there is code that compiles in both languages ​​but does different things.

There’s a lot of information about the differences between the two languages available, but a lot of it seems scattered. I wanted to have a go at creating a concise guide for the details that are often overlooked, with excerpts from the language standards to back these up.

This is primarily aimed at people who are familiar with at least one of C or C .

When I refer to C , I mean C 11 onwards, though much of this will apply to earlier standards. I’ll be referencing the C 17 standard1.

This is the category of differences that I think is most important. Not everything that C and C appear to share is as it seems.

The keywordconsthas a different semantic meaning in C than in C.

In both languages, the following produces undefined behavior:

any attempt to modify a const object during its lifetime results in  undefined behavior.

But the following code will only compile in C , not C:

The keywordconstwas created for this very purpose by Bjarne Stroustrop(3): to reduce the need for macros. It was a surprise to me to learn thatconstoriginated in what would become C , and was then adopted by C. I had assumed thatconstcame from C, and C took the same concept and extended it in order to reduce the need for macros. I understand macros are embraced by C, but it seems a shame to deliberately reduce the usefulness ofconstwhen standardizing C.

Another difference is that file-scopeconstvariables have internal linkage by default in C . This is so that you can make aconstdeclaration in a header without having multiple definition errors(4)

Function declarations with no arguments

The special case of an unnamed parameter of type void as the only item in the list specifies that the function has no parameters.

So the following would be legit C:

This would result in a compiler error in C :

The effect of name mangling

There are some common implementation details that allow us to take this further. On my Linux machine using Clang, the following C compiles and links (though the result would of course be undefined):

This does not compile in C . C compilers commonly use name mangling to enable function overloading. They “mangle” the names of functions in order to encode their arguments, e.g. by appending the argument types to the function name. Generally, C compilers just store the function name as the symbol. We can see this by comparing the symbol table offunc.owhen compiled as C and C .

I mostly include this for fun, as I think it’s not as well known as it could be.autois used for type-inference in C , but is also a C keyword, just one that I’ve never actually seen used.

autois used to declare something with automatic storage class. It’s rarely seen because this is the default storage class for all variables declared within a block. ********

In C, this would compile, albeit likely with warnings about implicit conversion:

This is because if you leave out the type specifier, as we have, the type defaults to int. Here we are implicitly converted achararray toint.

In C this wouldn’t compile, as the type ofxis inferred to beconst char *:

Despite C being a very small language, and C being huge, there are a few features that C has that C does not.

VLAs allow you to define an array of automatic storage duration with variable length. E.g.

VLAs were actually made optional in the C 11 standard, which makes them not very portable.

These aren’t part of C , probably in part because the C standard library relies heavily on dynamic memory allocation to create containers likestd :: vectorthat can be used similarly. There are reasons you might not want this dynamic allocation, but then perhaps you would not be using C .

C defines a third type qualifier (in addition toconstandvolatile):restrict(5). This is only used with pointers. Making a pointer restricted is telling the compiler “I will only access the underlying object via this pointer for the scope of this pointer “. Consequently it can’t be aliased. If you break this promise you will get undefined behavior.

This exists to aid optimization. A classic example ismemmovewhere you can tell the compiler that thesrcandDSTdo not overlap.

An object that is accessed through a restrict-qualified pointer has a special association with that pointer. This association, defined in 6.7.3.1 below, requires that all accesses to that object use, directly or indirectly, the value of that particular pointer. 135) The intended use of the restrict qualifier (like the register storage class) is to promote optimization, and deleting all instances of the qualifier from all preprocessing translation units composing a conforming program does not change its meaning (i.e., observable behavior)

Restricted pointers aren’t part of the C standard but are actually supported as extensions by many compilers(6).

I’m suspicious ofrestrict. It seems like playing with fire, and anecdotally it seems common to run into compiler optimization bugs when using it because it’s exercised so little7. But it’s easy to be suspicious of something I’ve never actually used.

C 99 brought in an incredibly useful way to initialize structs, and I do not understand why it has not been adopted by C .

In C you would have to initialize like this:Color c={0.1, 0.5, 0.9};which is harder to read and not robust to changes in the definition ofColor. You could instead define a constructor but why should we have to do this for a simple aggregate type? I heard a rumor designated initialisers are coming in C 20. It only took 21 Years … 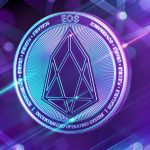