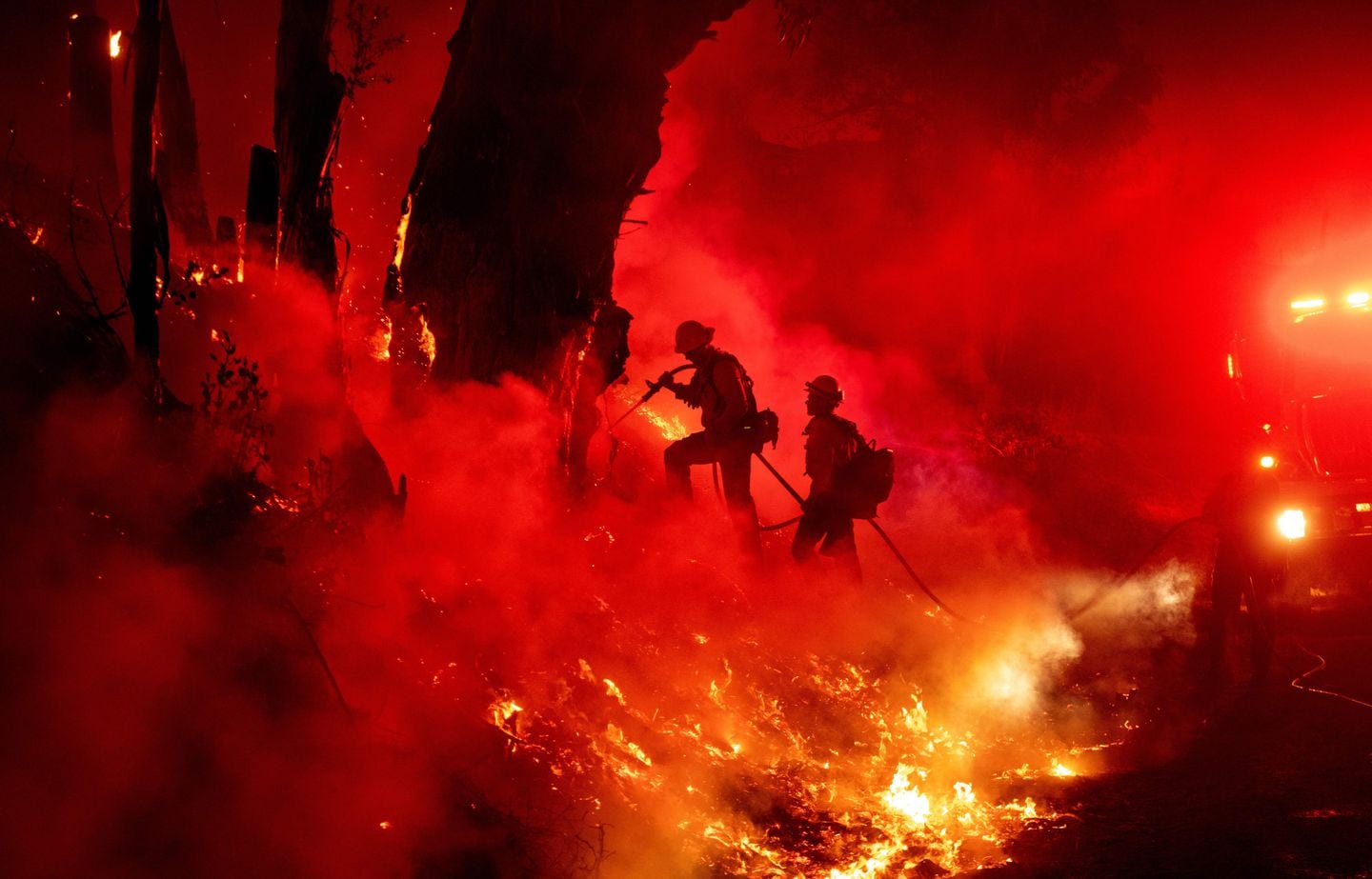 Firefighters attacked blazes on multiple fronts into the predawn California morning, as meteorologists warned residents to brace for more of the dry winds that have whipped some wildfires into monster infernos. )

The Maria Fire ignited in the dry brush in Ventura County late Thursday afternoon and quickly consumed thousands of acres, illuminating the contours of South Mountain in a smoky orange glow by nightfall.

The Storm Prediction Centerwarnedof another day of “critical fire weather” in parts of Southern California, including Ventura County. The area remains under a “red flag” warning from the National Weather Service,which saida “long duration of single digit humidities will continue” near the Maria Fire through Friday afternoon.

The Maria Fire’s size had grown tonearly 9, 000acres by early morning, and officials ordered evacuations in an area that covers 7, 000 people , the Los Angeles Timesreported.

But the Ventura County Fire Department said it welcomed potentially colder temperatures and weaker winds compared to the past few days to blunt the fire’s rush down the dry slopes of South Mountain.

“Ground and air resources are strategically attacking the perimeter,” the departmentsaid.

Helicopter pilots donned night vision equipment to drop their payloads in darkness, butofficials once againwarned residents that flying drones could impede efforts after one of them briefly halted operations,KGET reported.

Ventura County, north of Los Angeles, has been hit hard by wildfires this week.

At least three firefighters were injured in response to the fire, the county fire department said.

An unusually cold air mass with Arctic high pressure is sitting over the Rockies and into the Great Basin region, which has set up a strong temperature and air pressure gradient with the air over, and just off, the coast of California; this gradient helps power the Santa Ana winds.

But even though this is a cold Santa Ana, and hot weather is typically associated with wildfires, the air is extremely dry, as is the vegetation or “Fuel” for the fires. Therefore, the wildfire danger is extremely high right now, despite the gradually cooler temperatures.

Winds along the ridge tops of the Maria Fire could gust up to about 35 mph on Friday, while lower elevations will see somewhat lighter winds. The combination of extremely dry air and gusty winds will make firefighting difficult for yet another day, before some relief arrives in the form of onshore flow from the Pacific Ocean during the weekend.

“While winds will be lighter than previous days, the fire environment should remain rather volatile… as demonstrated by the large fire that developed in the past few hours over Ventura County amidst similar conditions, ”the Storm Prediction Center said early Friday. 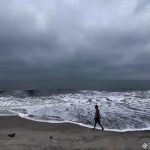 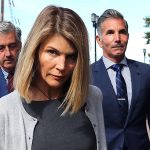