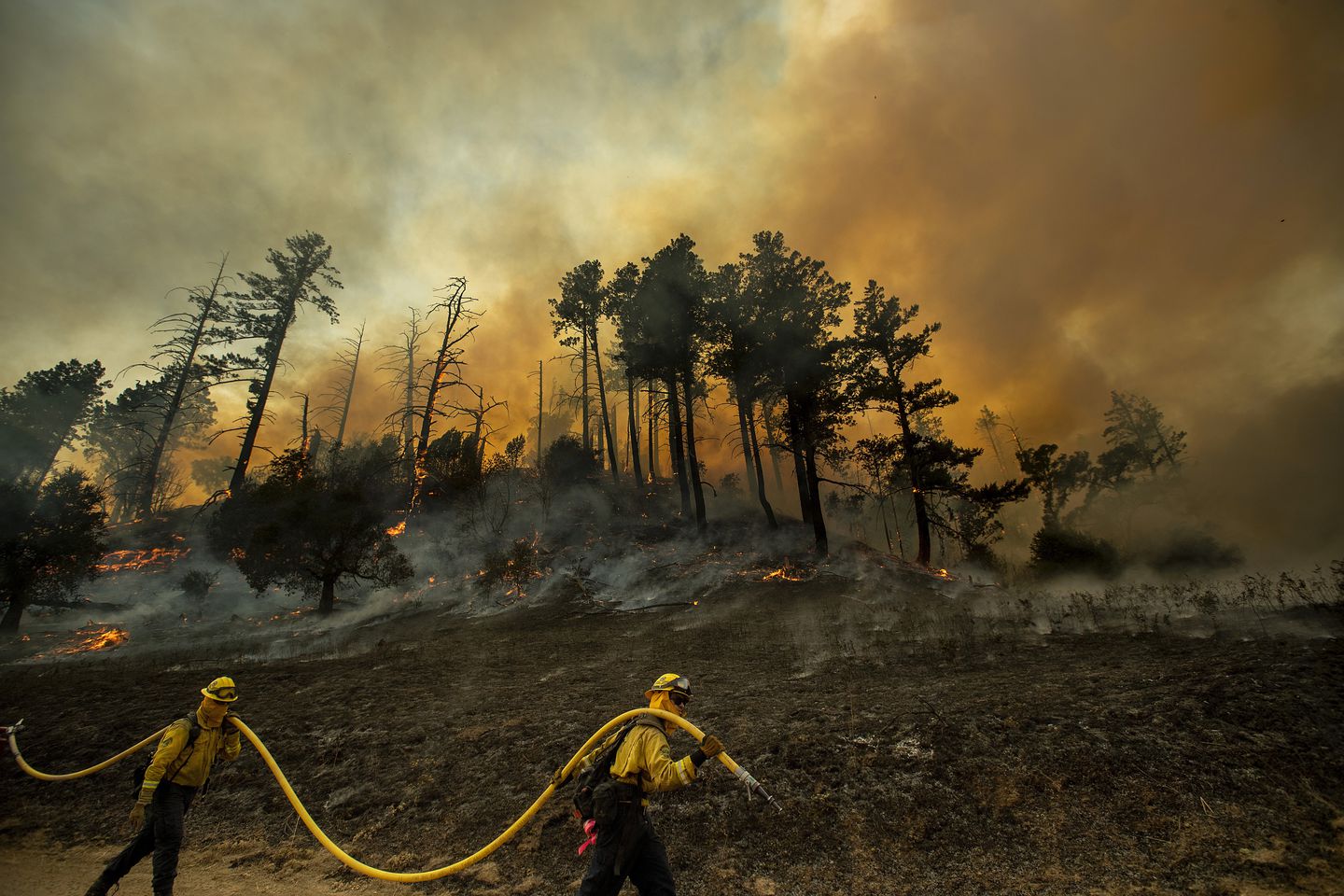 The mandatory evacuations affected nearly 180, 000 people. About 54, 000 acres already have been torched, 94 structures destroyed and State Route 128 turned into a hellish gantlet. And 80, 000 structures remain under threat.

“This is the largest evacuation that any of us at the Sheriff’s Office can remember,” the Sonoma Sheriff’s Department tweeted in both English and Spanish. “Take care of each other.”

Throughout the day, with gusts up to 93 mph sweeping through the hills and valleys, state and local officials expanded the number of areas under mandatory evacuation orders. Some in Santa Rosa were told to leave. Evacuation warnings were later issued to communities in neighboring Napa County.

“Apocalyptic,” said Carol Pajala, 67, who fled her home in Santa Rosa with her husband, David, and their golden retriever after the predawn alert came through. The couple found shelter at a fairground in Petaluma, a city about 17 miles south, where authorities had established a space for displaced residents.

Strong winds kicked up leaves and knocked down branches. Roads were congested as residents packed up their cars and RVs to head out of the county. Traffic lights at some intersections lost power, further slowing evacuation efforts, yet overall the process went smoothly, officials said. Sonoma County shelters were filled with about 4, 600 people.

Pam Tryph and her partner had left their Forestville home late Saturday, along with their dog and two cats. They’d started to prepare the night before, collecting papers, passports, instruments, paintings and sentimental items, such as a needlepoint passed down to Tryph from her great-great-grandmother and a mask that her daughter had made in seventh grade.

The flames kept approaching as they packed. They “looked like lava coming over the crest of the hill,” Tryph said.

About 200 patients were evacuated Sunday from two medical centers in the area, Kaiser Permanente and Sutter Santa Rosa Regional Hospital, and relocated to safer facilities, according to hospital and local fire officials.

No deaths had been reported as of Sunday evening, but two firefighters were burned, officials said. One was transported with minor injuries while another was flown to UC Davis Medical Center in more serious condition.

“This is probably one of the biggest weather incidents in California history, ”said Craig Clements, a fire meteorologist at San Jose State University.

The governor described the situation as a“ challenging moment in our history. ”

Of utmost concern was the risk of new blazes igniting as a result of those conditions. Red flag warnings indicating weather with high fire risk were issued in 43 counties by Sunday evening, officials said.

Cal Fire analyst Steve Volmer said authorities were concerned about an area west of Highway 101 that has not burned for decades and contains “extremely dense” and dry fuel for flames to consume. Officials closed the highway near Windsor and Healdsburg because of poor visibility but managed to keep the blaze to the east of the highway.

Scientists say climate change is exacerbating California’s natural cycle of drought and fire. Temperatures have risen significantly since the 1970 s, and the amount of precipitation has been consistently below average for at least a decade.

The little moisture that grasses and plants store to survive will easily evaporate, turning parched vegetation into a perfect fuel – vulnerable to a spark from a utility line or power tool, a lightning strike or a carelessly tossed cigarette .

After the Kincade Fire started Wednesday, worries about its potential led Pacific Gas & Electric to announce a massive power shutdown – the largest planned outage in the state’s history, on the heels of another unprecedented electricity disruption meant to curb fire risk this month. The blackouts, affecting 38 counties, began in Northern California at about 5 pm local time Saturday and cascaded south throughout the evening, according to a statement from the company.

An estimated 965, 000 customers – or nearly 3 million people – were braced for no power through the weekend as a result of fire prevention measures. An additional 100, 000 customers lost power unplanned, probably because of infrastructure damage, PG&E officials said. Amid wind sometimes topping 90 mph, the company expects far more destruction than it found inspecting its lines after the last mass shutdown.

Weather with high fire risk could cause another mass outage starting Tuesday, the company said. More than 30 counties could be affected, and notifications had gone out to half a million customers by Sunday evening.

The good news, officials said, is that there’s no shutdown on the horizon afterward – yet.

This part of California has experienced two years of the deadliest and most destructive blazes in state history.

The latest evacuations and warnings triggered uneasy flashbacks for some.

“All we can do is hope and pray,” said Riki Sandtree of Monte Rio, who’d retreated to a shelter on the Sonoma fairgrounds. “Stuff can be replaced, but your life is your life.”

Not every resident immediately heeded the call to leave. Mike Martinez was still in Windsor in the morning, despite the alerts he’d received.

“I’ve got a barn, a residence and a lot of equipment a half-mile from here , ”Said Martinez, 69. “I’ve also got a pool and some pumps, and I’m going to try to save it.”

By evening, firefighters there were still keeping the blaze at bay.

More than 3, 000 people were on hand to battle the Kincade Fire, assisted by 50 helicopters and several air tankers that flew suppression missions as the weather allowed. Elsewhere in Northern California, crews battled smaller blazes that prompted evacuations and burned buildings. But the Kincade Fire “remains the most stubborn challenge that we face,” Newsom said.

Shifts in the wind forecast for Monday afternoon will help firefighting efforts, authorities said. But worrisome gusts could pick up again later.

The mandatory evacuations on Santa Rosa’s northwest corner and part of its northeast affected 60, 000 people as of Sunday morning, said Paul Lowenthal, assistant fire marshal with the Santa Rosa Fire Department . The rest of the city of about 175, 000 was warned to be ready to leave if conditions worsened.

Along Santa Rosa’s main drag downtown, at the edge of the evacuation zones, most stores were closed. But Belly Left Coast Kitchen and Tap Room was packed at 2 p.m. Owner Gray Rollin said he opened up with the community and evacuees in mind.

“I know there’s craziness going on all around us,” Rollin said. “They need a sense of normality.” 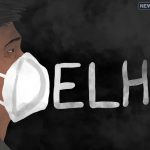