First-person shooters are big business. They have been for a long time, and the biggest of them all is almost certainly Call of Duty. Only last month, we got a new entry into the popular series in Call of Duty Modern Warfare, a soft reboot of the original Call of Duty 4: Modern Warfare. Its been receivinga pretty positive reaction from fans and critics alikesince it dropped, but no release is without its problems.

In the case of Call of Duty: Modern Warfare, the problem is not a new one – namely, camping. If you don’t know what camping is, allow me to fill you in. Camping refers to the practice of “camping out” in a single location, usually tucked into a corner, and waiting for someone to run by. Then you shoot them and pocket your kill.

Hey Crybabies, Camping Isn’t That Big of a Deal

Now you may be forgiven for thinking that this problem is a little old hat. It was a long time ago when people starting screaming “CAMPER!” Down their microphones at strangers over Xbox Live, so why is this cropping up again?

It stems from the controversial map design of Call of Duty Modern Warfare. It seems like a lot of the maps in the game have decent spots to park your butt in and wait for the kills to come to you. On top of that,there are a few overpowered weapons that can take out enemies very quickly, compounding the issue.

In fairness, many of the claims about certain weapons, such as the 725 shotgun, seem completely valid. It apparently has such a long effective range that it acts more like a hyper-powered sniper rifle than a shotgun. This problem will almost certainly be patched in the coming days.

The real reason that camping doesn’t matter that much is that there are so many ways of working around it. When someone spends too long in a single place, they’re going to paint a target on their own back. Most players will see the player constantly getting kills from the same place and gang up on them, or at least watch out for them.

Even more than that, it’s possible to counter camping before you know someone is doing it. Watching corners, effective use of special grenades, and evasive maneuvers are all good tactics to play around camping. Obviously, this all hinges on the camper not having a gun more powerful than the might of Zeus himself, but the OP weapons are a separate complaint.

The truth is that Activision will almost certainly patch out the gun issue, but without a full-on redesign of the levels, camping is here to stay. Instead of demanding the “problem” be fixed, would it not be better for players to treat this as the new state of the meta-game? Camping is easily solvable, and honestly, in a genre filled with rediculous bunny-hopping, unfair killstreak rewards, and players who’ve spent thousands of hours learning every aspect of the maps and guns, is camping that really big of a deal?

Besides all that,there are supposedly going to be 38 more maps coming soon, according to certain datamining leaks. It seems like the balance of camping-to-non-camping maps will shift soon. Until that point, I guess the players hating on the tactic will have to learn to get over it – and maybe grow up a bit, too. 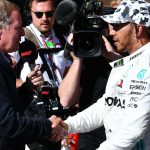 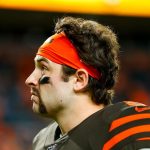