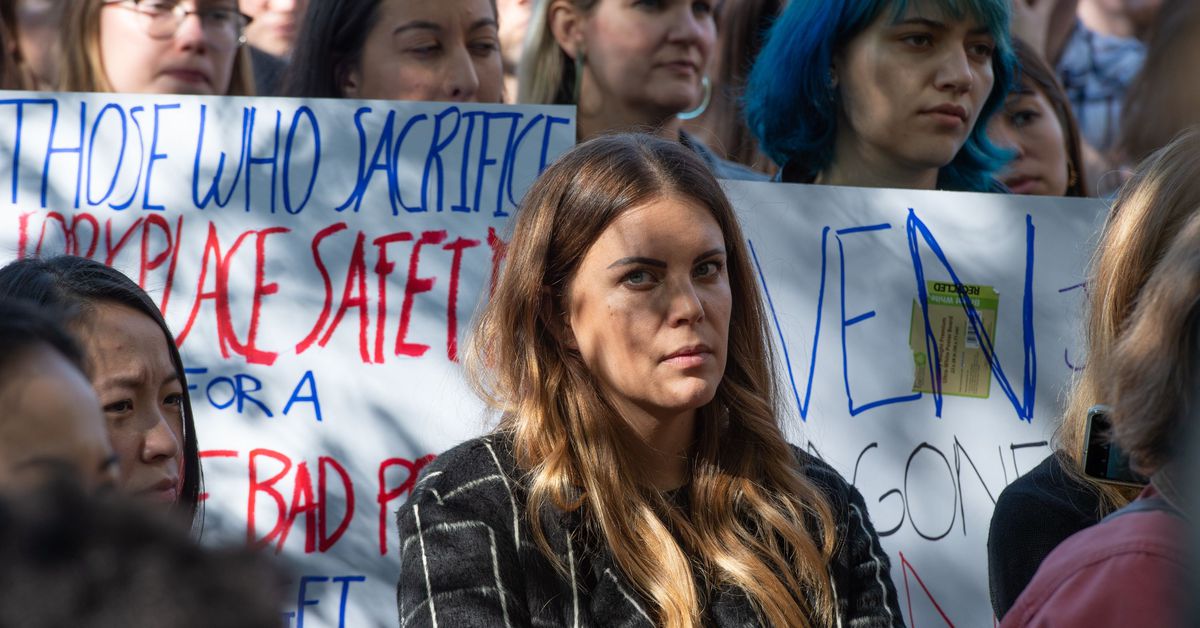 November 1 marks one year since theGoogle Walkout For Real Changewhen nearly 20, 000 employees in 50 cities left their offices at exactly 11: 10 am around the world in a coordinated protest against the company’s alleged abuse of power. ********

Among other things,activists inside the organizationdenounced Google’s leadership for reportedly sweeping aside accusations of sexual harassment and discrimination. This episode ofResetexplores the impact that first Google walkout made, a year after it happened. ********

“It was huge. I was there. And you could feel this energy that I had never seen before in the tech industry and energy of anger and frustration and a real rising of worker dissent, ”Recodereporter Shirin Ghaffary recalls covering the walkout from Google’s headquarters in Mountain View, California.

Ghaffary tellsResetpodcast host Arielle Duhaime -Ross that at the time, “it had recently come out that there wasa pattern of sexual misconductat the company and that high-powered managers and executives were getting protected and, in some cases, paid out to leave after there had been credible claims launched against them for sexually harassing and abusing their employees. ”

In the months following the walkout, two of its more vocal organizers –Meredith WhittakerandClaire Stapleton– ended up leaving the company . Both said publicly that they felt Google management waspunishing their political activismand they blamed the tech giant for not doing enough to curb retaliation, according to Ghaffary. ********

Later in the episode, former Google employee Liz Fong-Jones explains whyshe quit her jobas an engineer there, how the organization changed in the 11 years she worked at Google, and what she’s doing now to make sure workers’ voices are actually being heard.

“Why did I walk away from an $ 800, 000 per year job? I had legitimate concerns both about my safety at work as well as about the ethics of what I was working on. I think that regardless of how many amenities someone is receiving … they still have a right to protection from sexual harassment. No amount of free food in the micro-kitchens is going to make up for being sexually harassed orbeing retaliated againstor having to work alongside someone who has been a sexual assaulter. ”

“Google can be a fine place to work if you keep your head down. The issue is that you shouldn’t have to keep your head down. I just think that it’s important for people to have equality of opportunity, and that means freedom from sexual harassment and discrimination. ”

Listen to their entire discussion here. We’ve also shared a lightly edited transcript of Fong-Jones’s conversation with Duhaime-Ross below.

For years before the walkout, Liz Fong-Jones was an advocate for inclusion and workers’ rights at Google. She said that from 2010 to 2016, leadership seemed to appreciate her work as a liaison between frustrated workers and management. But over time, she noticed a shift in workplace culture. ********

The company has indicated a greater willingness to crack down on labor organizing to retaliate. As you may have seen withthe cases of Claire Stapleton and Meredith Whittaker, both of them alleged that they were pushed out of the company and retaliated against for their contributions to leading the Google walkout. And overall, Google’s leadership seems to be cracking down on what they deem to be non-work discussions at work. Regardless of the fact that talking about sexual harassment is fundamentally an issue of our working conditions.

You mention Meredith Whittaker andClaire Stapletonand how they said that Google retaliated against them and they have said that Google has a culture of retaliation . Do you agree with that?

I think that it very much depends upon the circumstance. That and evenness is definitely a large problem at Google. Even though there are individual working groups where retaliation would not be tolerated at all, the failure of Google’s leadership to lead by example and not retaliate and to deal with retaliation anywhere it happens at the company – that is the broader problem. ********

I know that I was going to experience relatively little retaliation because of my prominence. I worry much more about the people who are trying to report an allegation that someone was sexist to them or racist to them. ******** Arielle Duhaime

When you’re talking about when you mention retaliation, what exactly are you talking about? Can you give me a few examples?

When HR potentially disciplines the person or gives them a very light slap on the wrist and says, “Hey, please don’t do that again,” then what happens is that manager who is complained about might choose to sabotage you in return . They might choose to assign you a lower performance review or to simply not advocate as hard for you as they otherwise might.

With the negative press about retaliation at Google, do you think the company is concerned about worker retention? ********

It’s not a matter of the press. I think it’s a matter of workers actually acting in solidarity or just individually quitting. I think that’s going to be the thing that actually causes Google to have to change the way it does business. ********

Between that and lawsuits, I don’t see negative press as being the only factor here. I think that it’s important to actually meaningfully affect the company’s bottom line.

How do you think your identity affected your interactions with Google employees? And in the negative experiences that you had to Google, how much of that can you tie back to your identity? ******** (Liz Fong-Jones)

One of the things I quickly realized within my first year was an LGBT person working at Google was not going to be protected by the company and that the company was going to place financial profit ahead of the interests of my human rights. That was made clear to me in November 2008 when Prop 8 came up for election in California, which was a ban on gay marriage. ********

Google was happy to take the money of the pro-Prop 8 campaign and was willing to run ads that incited hatred and fear of gay and lesbian and transgender Californians. And I think that seeing the company do that and seeing the company ignore protests over it was a moment that caused me to decide to speak up the next time something similar happened.

Did Google employees ever say anything about you being LGBTQ ? Did that ever come up in negative ways? ******** (Liz Fong-Jones)

It did not happen per se on work-sanctioned media. However, what happened was certain individuals who had access to Google’s internal message boards chose to leak conversations I had about diversity, about LGBT rights, about women’s rights, and chose to leak those conversations – including my name and photo – to publications. ********

I’m not even trying to dignify them by calling them publications, but [they] leaked those words to places where harassment was coordinated, where people posted threats , incitements to violence. Those are places where I definitely was attacked directly on the basis of identity.

So because some Google employees leaked conversations that you had had internally, you were then harassed online.

So how do you feel about that now? Looking back, does it still bother you?

It absolutely bothers me. But there is very little I can do about it today. Honestly, the best thing that I can do is stop it from happening to someone else. ******** Arielle Duhaime-Ross

I think for a lot of people, when they think of Google, they think of it as a nice place to work. There are a ton of amenities. There’s great food courts, the beautiful campus. What would you say to people who view Google in that way and who maybe think that you might be complaining for nothing?

I had legitimate concerns both about my safety at work as well as about the ethics of what I was working on. And I think that regardless of how many amenities someone is receiving, I think that they still have a right to protection from sexual harassment. ********

No amount of free food in the micro-kitchens is going to make up for being sexually harassed or being retaliated against or having to works alongside someone who has been a sexual assaulter. And I think that Google can be a fine place to work if you keep your head down. The issue is that you shouldn’t have to keep your head down. I just think that it’s important for people to have equality of opportunity, and that means freedom from sexual harassment and discrimination.

I think the message is that employees do have power and they stand together . But that employee organizing is not a one-time effort. This is an ongoing movement that has many different leaders who are getting practice with this. ********

And you cannot possibly try to fire your way out of this problem . You need to really look at what’s going on and try to address the grievances of employees.

When you started out at Google, it sounds like you were a believer in their values. What were their values ​​at that time, in your mind, and what do you think those values ​​are today for that company? ********

One of the projects I was most proud to work on at Google was Google Books. ********

People would search through books that were in libraries that they couldn’t actually pay to get into, like the Harvard Library. I think that principle of making the world’s information universally accessible and useful [is] really powerful. And I think that employees hold up that spirit. Employees hold that spirit of “Don’t be evil.” And I think that the company’s work depends upon the labor of employees. And that’s something that we can choose to withhold.

Since Liz Fong-Jones left Google, the company made a few changes intended to support employees involved in investigations, including a support person program and the release of a step-by-step guide to investigations. ********

In an email , Eileen Naughton, the VP of people operations said, “Reporting misconduct takes courage,” adding that “over the past year we have simplified how employees can raise concerns and provided more transparency into the investigations process at Google. We work to be extremely transparent about how we handle complaints and the action we take. ”

Listen to the full conversation and subscribe toResetonApple Podcasts,(Stitcher) ,Spotify, orwherever you listen to podcasts. 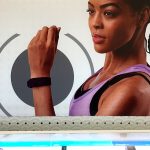