Can new fire detection technology save California from wildfires ?, Recode 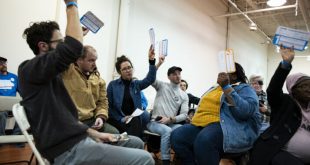 
Wildfiresare getting more intense. In fact, 2018 was the worst recorded year for wildfires inCaliforniawith almost 2 million acres burning down.

Part of this iscaused by climate change, which is happeningall around us. You might say the escalating wildfires are a giant SOS signal asking us to pay attention.

But the good news is that new technology is being developed to help authorities find the blazes and keep people safe.

Graham Kent operatesALERTWildfire, a network of nearly 400 cameras aroundCaliforniathat accurately tracks wildfires. He also has cameras installed in Oregon, Nevada, and Idaho, all of which are remote-operated and installed on mountaintops and in towers so they can be easily pointed at a source. “The whole idea behind it is to give somebody at dispatch the ability to see that fire right away so that they can scale up or scale down resources.”

Kent estimates that, in a recent fire, his cameras probably saved firefighters around 30 minutes, which can make a huge difference when it comes to stabilizing a rapidly spreading fire.

Back in 1910, a large fire known as the Big Blowup razed 3. 25 million acres of land in Idaho, Montana, Washington, and British Columbia in just two days. To battle the flames, 10, 000 people went out using rakes, shovels , and two-man saw axes.

These days, camera networks like ALERTWildfire along with drones, satellites, planes, and even handheld GPS scanners help detect wildfires so fire crews can get them under control significantly faster.

But getting firefighters to adopt new technology hasn’t always been easy. Sean Triplett with theUS Forest Serviceexplains that it has taken a lot of work to even get this far.

“You have to be cautious with technology because if we try to deploy [new] technology in an operational perspective and it fails or has a negative outcome, you’ll have a very hard sell the next time around, ”he says.

And that makes sense. “Firefighting is risky. And when you’re out in the field, you have to be able to trust the tools you’re working with, ”ResethostArielle Duhaime-Rossadds.

But as firefighters adopt new technology – however cautiously – who and what is being replaced?

Later in this episode, singer / songwriterMarina Avrosshares her experience as a fire lookout in Canada, a job she’s done every summer for the past 12 years.

“We’re part of this network of fire detection,” she says. “I feel like I’m a part of a bigger picture or a piece in the puzzle. So if they took us away, they would be losing a really important factor in early fire detection. ”

Listen to the whole conversation here. Below, we’ve shared a lightly edited transcript of Avros’s conversation with Duhaime-Ross.

Humans still have a role to play [in fire detection]. And really, the job of a fire lookout is unlike any other.

You’re up on top of this mountain. Ten thousand [feet], sometimes even higher up in elevation and you just have these great panoramic views. But except for certain spots, fire towers and fire lookouts are on their way out in the US.

Now, I actually know a fire lookout in Canada. So I called her up to find out what the job is like.

Marina Avros is a musician who goes by the stage name of MarinaMarina. I met her a few years ago at a concert she was playing in New York City. We hadn’t spoken since – but when I started looking into fire detection tech, she came to mind.

Turns out, she’s spent the last 12 summers in a lookout tower in Alberta, Canada. When I spoke to her, she was at her tower.

Every day, Marina wakes up in a cabin on the ground. Then, she climbs 100 feet up in the air to watch the forest from a box about the size of a small bathroom.

Honestly, I am actually pretty scared of heights. There will be weeks where I can’t even look out my window, like to look down to the ground.

Most days, Marina just watches the forest. But a few times a season, she’ll spot something in the distance: a line of smoke. When that happens, she uses a tool called an Osborne Fire Finder. This is old tech. It was invented around the time of the Big Blowup, in the 1910 s.

It’s a metal disc. It’s maybe 2 feet in diameter. It has a map on it. And the map is of the area that I’m looking at. And then on top of that, there is a scope.

When Marina sees smoke, she lines her scope up and takes a measurement of the angle, basically drawing a line between her and the fire.

Other fire watchers nearby do the same and share their info. Where the lines cross, that’s the location of the fire.

There are about 125 lookouts in Alberta. They’re basically a retro version of Graham Kent’s camera network.

Marina is actually part of a long tradition of artists who’ve spent time in lookouts. Folks like Jack Kerouac, who spent a summer writing from a fire tower.

I like to be alone. I like nature. I like writing songs. I like creating. And I just … It just called to me. It’s hard sometimes. But I just feel this immense connection to the land. And I don’t know if I could get by anymore without a four-month break from society and civilization in the woods.

The isolation works for her. She actually does most of her songwriting during fire lookout season. Sometimes even in the tower itself.

When I’m up in the cupola, I’ll do some channeling exercises and just write lyrics and sort of just let it flow and then go downstairs and , you know, get out my guitar and try to piece it all together.

How important is this fire tower life to your music?

It’s essential now. Maybe it’s a bit of a crutch. I have done some successful songwriting out of tower. But I really appreciate being able to say or sing whatever I want out loud and just have no fear of judgment, aside from my dog.

Given the role fire towers play in her music, I wanted to know how she feels about all these new tools, like drones that are being used to detect fires, and if she worries about being replaced. Turns out, she doesn’t really.

I don’t think it’d be a good idea. We’re really cheap and super reliable so not a lot of opportunities for mechanical failure. We’re part of this network of fire detection. I’m a part of a bigger picture or a piece in the puzzle. If they took us away, they would be losing a really important factor in early fire detection.

That said, Marina sees the value of other technologies.

A drone would be able to check out spots I can’t see. We’re all in this together.

I asked Marina if she’d written any songs about fire and whether she’d play one for me. She recorded this [one] at night, from her cabin, next to the fire tower.

To hear Avros’s fire tower song, listen to the rest of the episode and subscribe toResetonApple Podcasts,Stitcher,Spotify, orwherever you listen to podcasts. 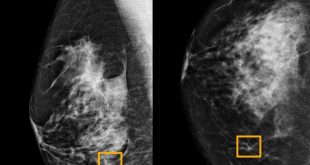 ReutersJan 03, 2020 01:17:24 ISTBy Julie Steenhuysen CHICAGO (Reuters) - A Google artificial intelligence system proved as good as expert radiologists at detecting which women had breast cancer based on screening mammograms and showed promise at reducing errors, researchers in the United States and Britain reported. The study, published in the journal Nature on Wednesday,…