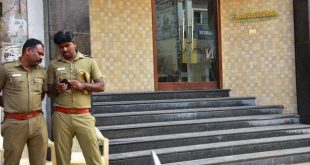 
A CBI team is currently conducting a raid at the office in connection with violation of Foreign Contribution Regulation Act (FCRA).

A CBI team is currently conducting a raid at the office in connection with violation of Foreign Contribution Regulation Act (FCRA), news agency ANI reported.

An Amnesty International India executive, speaking on condition of anonymity, said about half-a-dozen CBI sleuths arrived at about 8. am at the Bengaluru office and carried out searches till 5 pm. “

“Over the past year, a pattern of harassment has emerged every time Amnesty India stands up and speaks out against human rights violations in India, “it said in a statement. “Amnesty India stands in full compliance with Indian and international law. Our work in India, as elsewhere, is to uphold and fight for universal human rights. These are the same values ​​that are enshrined in the Indian Constitution and flow from a long and rich Indian tradition of pluralism, tolerance, and dissent. “

In October last year, the Enforcement Directorate had conducted searches at two locations of Amnesty International India in the Karnataka capital in connection with a foreign exchange contravention case.

The searches were then in connection with alleged violation of foreign direct investment (FDI) norms linked to an earlier case of revocation of FCRA license of the NGO by the Union Home Ministry in 2010, the central search agency had said.