There are around 7, 000 HIV positive patients in the city

CHANDIGARH: The ChandigarhAidsSociety (CSACS) has been the first to start a free nutrition program for those suffering withtuberculosis(TB) andHIV.
This is the only program run by any state AIDS control society. It has so far benefitted 201 such patients in the city since last year.
This program is with collaboration of the revised national tuberculosis control program and funded by the Rotary Mid Town Club, Chandigarh.
On the World AIDS Day, CSACS revealed that the program was unique in the country.
“This is for those suffering with HIV and TB. We provide protein supplements to anyone getting treatment in the city who is coinfected with these diseases, “said Dr Vanita Gupta, project director (CSACS).
Also, as the end of HIV is a decade away , the AIDS society is involving communities to catch infection on time and start treatment. There are around 7, 000 HIV positives in the city undergoing treatment and 39% of these are women.
“We had a community-based screening last year. In the past 7 months in this program, we have screened 5, 721 cases, of which, six were positive and they are on treatment. These six are significant as everyone is a potential source of infection and to end it by 2030, we need to stop transmission. For this, both detection, treatment and adherence to treatment are vital, “said Dr Gupta.
CSACS is now going to the high-risk population of migrants and truckers with test kits instead of waiting for them to come and get treatment.
On Sunday, CSACS and the UT health department, as a part of its “End AIDS by 2030”, involved all the 26 municipal wards in the city to screen HIV positive. On the directions of the director of the health services, Dr G Dewan, dispensaries and wellness centers remained open and provided regular medical services.
Around 1, 482 people were screened for HIV,Syphilisand at some locations, non-communicable diseases. Two persons were screened reactive for HIV and one reactive for Syphilis. Around 23 municipal councillors personally visited the centers to ensure maximum number of people derive benefit from the services. As many as 4, 603 people visited the centers.

more from times of india cities 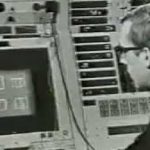 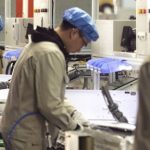