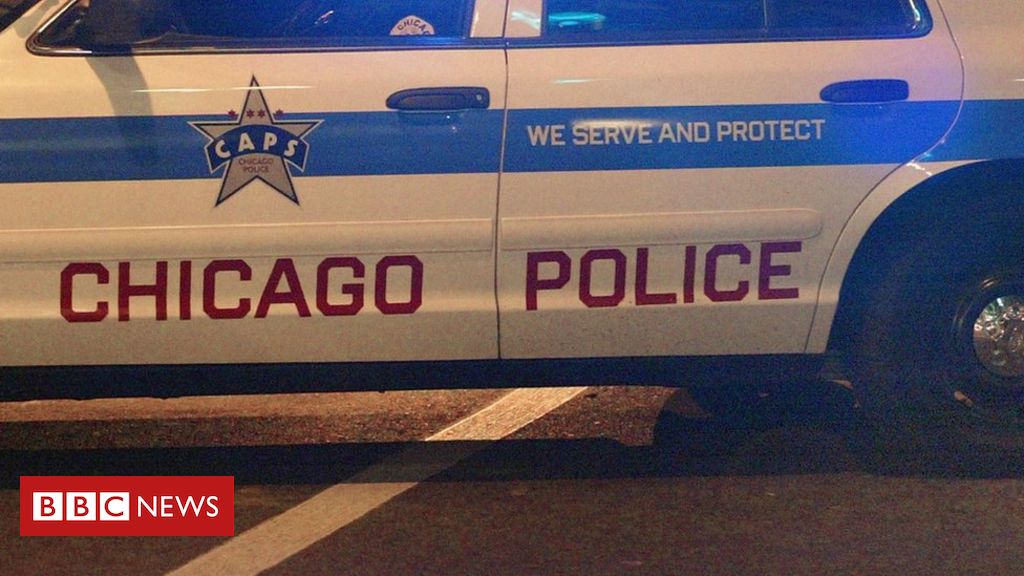 Police in Chicago say they are investigating a video that shows an officer body-slamming a man to the ground after he allegedly spat in the officer’s face.

In the video, the man lies motionless after his head hits the pavement.

The 29 – year-old man, who had been drinking alcohol at a bus stop, became “irate” when police approached him, officials said.

The man was taken to hospital and was said to be in a stable condition.

Neither the police officer, believed to be in his early 30 s, nor the man have been identified.

The incident was filmed by Jovanna Alexiss Jamison, who said the incident happened at about 16: (local time) 10: 00 GMT) on Thursday .

Ms Jamison said the man “didn’t do anything aggressive, he just stood there,” according to the Chicago Sun-Times.

“He was standing there using his cellphone. They took away his bottle of liquor and threw it, “she said.

The policeman is now being investigated by the Civilian Office of Police Accountability. Police said he performed an “emergency takedown” after being threatened.

Chicago Police have been quoted as saying there are charges pending against the man. 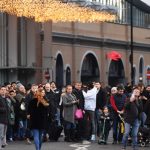 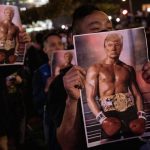