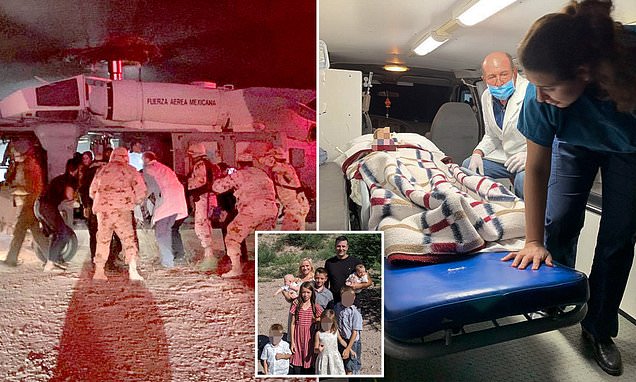 The five children who were injured when Mexican drug cartel gunmen ambushed them and massacred nine of their Mormon family members were airlifted to hospitals in the U.S. following the grisly attack.

Three mothers and six of their children, who all belong to the LeBaron family, were killed by cartel gunmen while traveling in a convoy of three SUVs in the Mexican border state of Sonora on Monday.

Six children were wounded in the attack and five of them have since been airlifted to hospitals in Phoenix, Arizona for treatment. Three other children were uninjured and remain with family inMexico.

Relatives had posted photos on social media of the blood-soaked children being comforted by relatives in a Mexican hospital before being transferred.

Authorities also released images of the children being airlifted with the assistance of the Mexican Air Force.

The five children who were injured when Mexican drug cartel gunmen ambushed them and massacred nine of their Mormon family members were airlifted to hospitals in the U.S. following the grisly attack

Authorities also released images of the children being airlifted with the assistance of the Mexican Air Force.

One of the boys who was uninjured in the attack has been credited with saving his injured younger relatives after the 13 – year-old covered them with branches to hide them from the cartel gunmen before running back home for help.

The slain mothers were driving in separate vehicles with their children from the La Mora religious community where they live, which is a decades-old settlement in Sonora state founded as part of an offshoot of The Church of Jesus Christ of Latter-day Saints.

Rhonita Maria LeBaron and four of her children – her six-month-old twins, Titus and Tiana, her 10 – year-old daughter Krystal and 12 -year-old son Howard – were all killed.

A video posted on social media showed the charred and smoking remains of their vehicle riddled with bullet holes.

Another two mothers, Dawna Langford and Christina Langford Johnson, as well as Dawna’s sons, aged 11 and three, were also all killed.

Brixon, a nine-month-old, suffered a gunshot wound to the chest. Her son Jake was found injured in the same spot but it’s not clear what his injuries are.

Dawna’s injured children are pictured above in hospital. Brothers Xander Boe, 4, and Cody Grayson, 7, suffered gunshot wounds in the attack

Dawna’s injured children are pictured above in hospital. Kylie Evelyn, 14, is pictured left in hospital with blood soaked jeans as she is comforted by a relative following thew shocking attack. Brixon Oliver, 10 months, feeds from a bottle (right) in hospital alongside his siblings

Details have also since emerged of the heroic efforts of one slain mother to save her baby, as well as a young boy who protected his injured siblings and helped in their rescue.

Family members say Rhonita was driving to Phoenix on Monday with her four children to pick up her husband at the airport following his work trip.

Relatives told DailyMail.com that her car broke down after she blew a tire. She returned to their community to get another car and set off again shortly before the other two mothers left.

Gunmen opened fire and torched her vehicle causing the gas tank to explode. She was killed along with her four children.

Christina and Dawna were traveling in separate SUVs with their own children.

They were en route to see family in the state of Chihuahua for a wedding that was scheduled for Friday, relatives told DailyMail.com.

Family members say Christina saved her seven-month-old baby Faith’s life by throwing the infant to the floor of their SUV as bullets tore through the vehicle.

Seven of Dawna’s children survived but some suffered multiple gunshot wounds, according to relatives.

One of her sons covered his injured siblings with branches while he ran back home for help. Relatives say he reached the community hours later.

Family members alerted authorities before arming themselves with guns to go out searching for the injured children.

At least three American mothers and six children from a Mormon community based in northern Mexico have been massacred in an attack blamed on drug cartel gunmen. Maria Rhonita Miller was killed along with her six-month-old twins, Titus and Tiana (left and right), her 10 – year-old daughter Krystal (left) and 12 – year- old son Howard (center)

Christina Langford Johnson (left) and Dawna Ray Langford (right) were also killed traveling in two separate SUVs. Christina saved her seven-month-old baby Faith’s life by throwing the infant to the floor of their SUV. Two of Dawna’s children, Trevor, 11, and Rogan, 3, were killed in the attack

They found Christina’s baby, unharmed, still in her car seat on the backseat floor of the SUV. Dawna’s five injured children were taken by ambulance to hospital. The three children who were not injured are now back home at the community.

La Mora is about 70 miles south of Douglas in Arizona. Many of the church’s members were born in Mexico and thus have dual citizenship.

Multiple family members, many of whom live in Utah, took to social media following the massacre to detail the horror scenes and pay tribute to their slain family members.

They say the gunmen opened fire on one child who was trying to run away. Relatives also feared some of the victims may have been raped.

Mexican Security Secretary Alfonso Durazo said the gunmen may have mistaken the group’s large SUVs for those of rival gangs.

The slaughter of U.S. citizens on Mexican soil quickly became an international issue with President Donald Trump on Tuesday vowing to help Mexico wage a war on its drug cartels.

‘This is the time for Mexico, with the help of the United States, to wage WAR on the drug cartels and wipe them off the face of the earth,’ Trump tweeted. )

Obrador, however, refused that approach, saying ‘The worst thing you can have is war’.

Mexico’s President Andres Manuel Lopez Obrador said he would discuss security on Tuesday with the U.S. after Trump fired off a series of tweets. 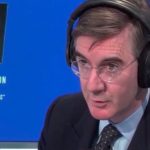 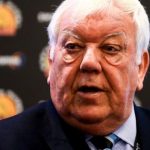