Chinese Ministry of Commerce spokesman Gao Feng speaks at a press conference in Beijing, days ahead of an imminent US-China trade war, on July 5, 2018.

BEIJING – China’s official spokespeople are keeping quiet on trade talks with the US amid growing uncertainty on when even a phase-one agreement can be reached.

“China believes if both sides reach a phase-one agreement, relevant tariffs must be lowered,” Gao Feng , Ministry of Commerce spokesman, said Thursday, according to a CNBC translation of his Mandarin-language remarks.

The comments reiterated the position Beijing has expressed in the last few weeks, since both countries indicated a rollback of tariffs would be part of a so-called phase-one agreement.

On Thursday, Gao noted both trade delegations remain in communication, but disclosed few additional details about the negotiations.

He did not provide a direct response when asked about China’s view on additional US tariffs, which are set to take effect Dec. 15. Gao also did not provide details on the unreliable entities list. The commerce ministry raised the threat of such a designation in late May, shortly after U.S. President Donald Trump’s administration put Chinese telecommunications giant Huawei on a blacklist that effectively prevents it from buying from American suppliers.

Trade tensions between the world’s two largest economies have persisted for more than a year, with each country applying tariffs to billions of dollars’ worth of goods from the other.

Both sides appeared close to reaching a phased agreement by the end of this year, but earlier this week, Trump said it might be better to wait until after the November 2020 US presidential election to strike a trade deal with China.

“We do not set a deadline for reaching an agreement or not,” Ministry of Foreign Affairs Spokeswoman Hua Chunying said in response on Wednesday during a daily press conference,according to an official transcript.

“Our attitude has always been clear, that is, consultations must be based on equality and mutual respect, and that the outcome must be mutually beneficial and acceptable to both sides,” she said. “We hope that some people in the US will earnestly heed the call of its people.”

In the last two weeks , frictions between the US and China intensified after the U.S. government pushed ahead with legislation supporting protesters against the central government in Hong Kong, and the Uighur minority in Xinjiang. Chinese state media and the Ministry of Foreign Affairs have made firm statements against what Beijing considers U.S. interference in “internal” affairs, and suspended review of requests by U.S. military ships and aircraft to visit Hong Kong.

When asked Thursday whether the unreliable entities list is part of China’s threatened retaliation to these developments, Commerce Ministry’s Gao referred reporters to comments from the relevant department. 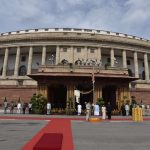 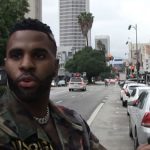