Sophie Skill, from Sheffield, spent days on life support after she swallowed a coin-sized button battery.

Battery acid burned through her gullet (oesophagus) and into her lung, causing agonising pain and putting her life in danger.

Doctors say her case is not unique – about two UK children a year die from swallowing batteries.

Button batteries are used to power many gadgets and toys that will be opened as gifts on Christmas Day, experts warn.

They can be found in gaming headsets, fitness trackers, some robotic toy bugs or fish, key fob finders and light-up yo-yos.

Shiny, silver button batteries can be very attractive to small children. If swallowed, they can cause catastrophic burns and choking.

Sophie’s mum, Clare, is warning other parents about the dangers.

She says she still has no idea where her daughter got hold of the battery from that she swallowed. Sophie was two when the accident happened.

Clare recalls: “She was still breathing all right and crying. But she was really, really screaming. I’d never heard anything like it before. “

Clare immediately took Sophie to hospital and once the doctors there discovered what was wrong, they took the toddler to the operating theater to remove the battery.

Although Clare acted fast, the injury the battery caused to Sophie was severe.

Clare said: “Within two hours it had already done the damage. They did an X-ray and found it had burned through her oesophagus and her lung. She had to go on a ventilator. “

Sophie, now six, made a full recovery after spending days on life support and weeks in hospital.

Saliva in the body will react with the battery, creating caustic chemicals and so time is very much of the essence in these cases, say experts.

Dead or flat batteries can still be dangerous and contain enough electrical charge to badly injure a child.

Ashley Martin, from The Royal Society for the Prevention of Accidents, warned people to:

Make sure that toys and other products using button batteries, such as small electronic devices, have lockable battery compartments

Beware of items such as musical greeting cards, flameless candles and remote controls as the battery compartments may not be lockable

“We want to ensure parents are aware of the dangers of these potentially lethal batteries.

“The best way to protect children is simply by keeping batteries out of reach for children, and ensuring that any toys that require the batteries are firmly locked into the battery compartment.”

If you think a child has swallowed one, seek medical advice immediately – take them to A&E. 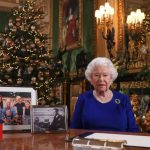 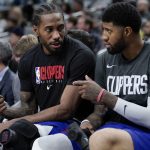