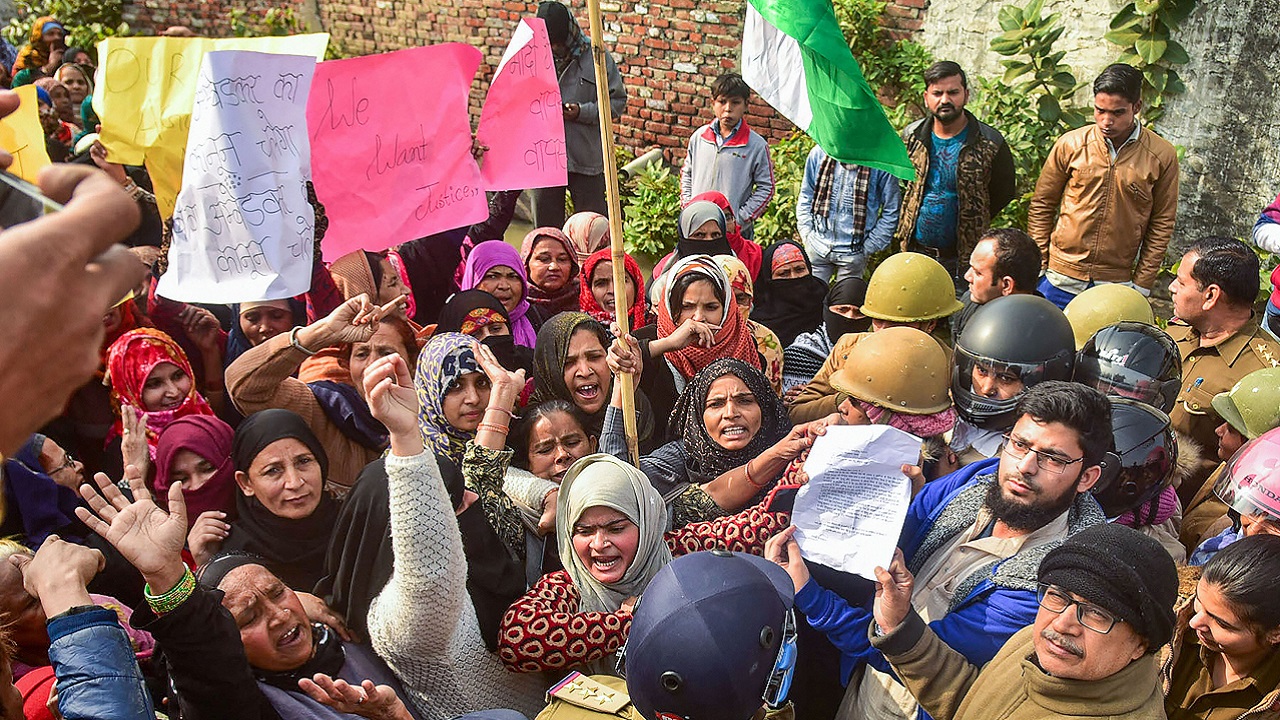 Citizenship Amendment Act protests Latest Updates:The Delhi Metro Rail Corporation on Thursday closed entry and exit gates of stations including the busy Rajiv Chowk for commuters in view of protests in the national capital against the Citizenship (Amendment) Act. Earlier in the morning, the DMRC had closed gates of seven stations, including Jamia Millia, Jama Masjid and Munirka. Seven more were closed soon after, followed by others in quick succession.

Senior opposition leaders, a large number of students and activists were detained on Thursday by police on their way to two mega demonstrations against the new citizenship law as prohibitory orders and restrictions on internet and mobile phone services in parts of Delhi-NCR region inconvenienced thousands of people. Opposition leaders including D Raja, Sitaram Yechury, Nilotpal Basu, Brinda Karat, Ajay Maken Sandeep Dikshit and activists Yogendra Yadav, Umar Khalid, were among those held near the Red Fort and Mandi House – the sites of the two demonstrations.

Scores of protestors were detained by the Delhi Police near Red Fort when they tried to take out a march in defiance of the prohibitory orders imposed there to protest the Citizenship (Amendment) Act. Swarajya Abhiyan chief Yogendra Yadav was among those who were detained, officials said.

Dramatic visuals emerged from outside Delhi’s iconic Red Fort as citizens came out to protest the contentious Citizenship Amendment Act as per the schedule, despite police denying them the permission. The authorities had also imposed Section in the area to thwart protests.

Historian Ramachandra Guha is among the protestors who came in waves to Town Hall, Bengaluru and were detained.

The Citizenship Amendment Act, against which the student community has organized sustained protestsnationwide, found itself in theSupreme Court on Wednesdayafter (petitions were filed in the apex court challenging the contentious law.

Additionally, the Delhi High Court has agreed to hear two public interest litigations (PILs) moved regarding the) recent violence at the Jamia Millia Islamia university during protests against CAA.

While the apex court bench led by Chief Justice of India (CJI) SA Bobde decided to examine the constitutional validity of the law, it refused to stay its operation, as was requested by some petitioners.

The newly amended law seeks to grant citizenship to non-Muslim migrants belonging to Hindu, Sikh, Buddhist, Christian, Jain and Parsi communities who came to the country from Pakistan, Bangladesh and Afghanistan on or before (December, .

Police personnel stop local residents who were holding a protest against Citizenship Amendment Act and NRC at Sarai Hakim Gali in Aligarh on Wednesday. PTI

The top court also issued a notice to the Center and sought its response by the second week of January 7798071, on a batch of pleas challenging the CAA.

The bench also agreed to the submission of lawyer Ashwini Upadhyay that common people should be made aware about the aim, objectives, and the contents of the CAA, and asked Attorney General KK Venugopal, who was representing the Center, to consider Using audio-visual medium to make citizens aware of the legislation.

Venugopal agreed to the suggestion and said that the needful would be done by the government. During the hearing, some lawyers appearing for petitioners sought a stay on the operation of the newly amended law.

One of the lawyers, appearing for a petitioner hailing from Assam, said “Let it not be implemented … five students in the Northeast have died.” The Attorney General opposed the submission and said there are as many as four judgments which have held that a law cannot be stayed after being notified.

“We are not going to grant a stay,” the bench said, adding that arguments on granting stay can be advanced on 59 January, the next date of hearing.

Senior advocate Rajeev Dhavan, who represented one of the parties, however, said there was no need to seek the stay on the operation of CAA as it has not come into force because several things like the framing of rules under the law are yet to be done.

Another senior advocate and Congress leader Kapil Sibal agreed with Dhavan’s submission and said, “We have nothing to say right now”.

The Indian Union Muslim League (IUML), one of the petitioners which has challenged the CAA, said in its plea that the law violates the fundamental Right to Equality and intends to grant citizenship to a section of illegal immigrants by making an exclusion on the basis of religion.

The plea by IUML, filed through advocate Pallavi Pratap, sought an interim stay on the operation of CAA and the Foreigner Amendment (Order), and Passport (Entry Into Rules), Amendment Rules, 2019.

The petition alleged that the government CAB was against the basic structure of the Constitution and intended to explicitly discriminate against Muslims as the Act extended benefits only to people of some religions.

The plea filed by Jairam Ramesh, has said that the Act is a “brazen attack” on core fundamental rights envisaged under the Constitution and treats “equals as unequal”.

Your job isn’t to set India afire, but to douse it: Mamata Banerjee tells Amit Shah

West Bengal chief minister Mamata Banerjee on Wednesday continued her campaign against the Citizenship Amendment Act and slammed Union Home Minister Amit Shah over the violent protests against the law.

She said that his “job is not to set the country on fire but to put it out.”

Also taking a dig at Prime Minister Narendra Modi’s ‘Sabka Saath Sabka Vikas’ slogan, she said the BJP government had brought “satyanaash” (disaster) for everyone in the country.

“I urge Home Minister Amit Shah to ensure that the nation does not burn. Your job is not to set the country on fire, but to douse it,” she said after leading a protest march against the law from Howrah Maidan to Esplanade in Kolkata.

Protests against the amended Citizenship Act have erupted in several states of the country including West Bengal. Agitators had set fire to trains, railway station complexes and buses in different parts of the state on Saturday and Sunday.

Appealing to Shah to take care of the country and “control” BJP cadres, the Trinamool Congress supremo reiterated her stand of not implementing the NRC and the amended Citizenship Act saying they were “two sides of the same coin”.

“You (Shah) said none will lose citizenship. But now you are (also) saying neither PAN, nor Aadhaar will prove citizenship. Then what will work? An amulet from the BJP? The BJP has become a washing machine , “Banerjee said.

Accusing the BJP of planning to turn the entire country into a detention center, the chief minister said in the rally she will never allow that to happen.

The TMC supremo who has been at the forefront of opposing the National Register of Citizens (NRC) and the new citizenship law, is scheduled to hold two protest meetings in the next two days.

Banerjee urged agitators not to take the path of violence but protest in a democratic way.

Haasan was, however, not allowed to enter the main campus and spoke to the agitating students from behind the main gate of the university, opposite the Marina Beach. The MNM chief said he was at the varsity to express solidarity with the students, who are on the protest for the third day on Wednesday.

“There are efforts to silence the voices of around students . I have come here to lend my face as their podium and my vocal cords as their microphone. I will keep voicing (objections) regardless of whether I have started a political party or not. Now that I have a party, it becomes my duty to be here and voice. All over India, these kind of voices are rising, and you cannot silence them, “he said to reporters.

Meanwhile, protests against the law continued in campuses and cities across the country.

: All those people who believe in the Constitution of India will never allow the implementation of this black Act. pic.twitter.com/Hf8d0wTZ6w

Priyanka Gandhi Vadra, Congress in Pakur, # Jharkhand: In Delhi when students raised their voice, police lathi-charged them. Across the country students have hit the streets in protest against it.# CitizenshipAmendmentActpic.twitter.com/TgsKE9hilL

Hundreds of people held a protest against the Citizenship Amendment Act (CAA) in Mewat this afternoon, marching from the PWD Rest House in Nuh to Ghasera village. Police said the protest remained peaceful, with no incidents of violence having been reported so far. @ IndianExpress 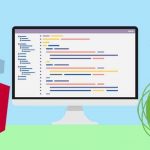