Investors who bought FIL are locked in for at least six months. Will it be worth the wait?

[CORRECTION: An earlier version of this story incorrectly stated that early investors in Filecoin were able to realize 100x returns when the mainnet launched yesterday. In fact, Filecoin specifically created a lockup that would force investors to hold onto FIL for at least six months after the mainnet launch. The story has been  updated to reflect the correct information. In addition, Filecoin raised $205 million during its ICO, not $257 million.]

Filecoin had a record breaking $205M token sale in the 2017 boom days, promising to bring decentralized file sharing to the world, but all investors had to show for it in the three years since, was FIL token IOUs as the project repeatedly delayed its launch.

The day finally came yesterday, and for many, it was probably worth the wait.

FIL jumped to as high as $114 in the hours after it was listed, according to Coingecko. That’s about 100 times higher than what early VCs and accredited investors were able to buy three years ago. On Thursday the clock for the day to cash out started ticking, as early investors have 6-month to 3-year vesting periods.

Filecoin’s token has more than halved from its peak and is now trading at around $46. With a circulating supply of ~15M, its market cap is at almost $800M, already within the 30 most valuable coins in crypto. Its max supply of 2B puts its fully diluted valuation at a whopping $100B.

FIL is used to incentivize a distributed network which provides file sharing and storage, and aims to become a cheap and censorship-resistant way of storing data.

Filecoin is the latest of major ICOs to finally deliver (others this year include Polkadot and OMG), chipping away at the narrative that token sales of the boom days were all scams. 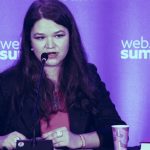