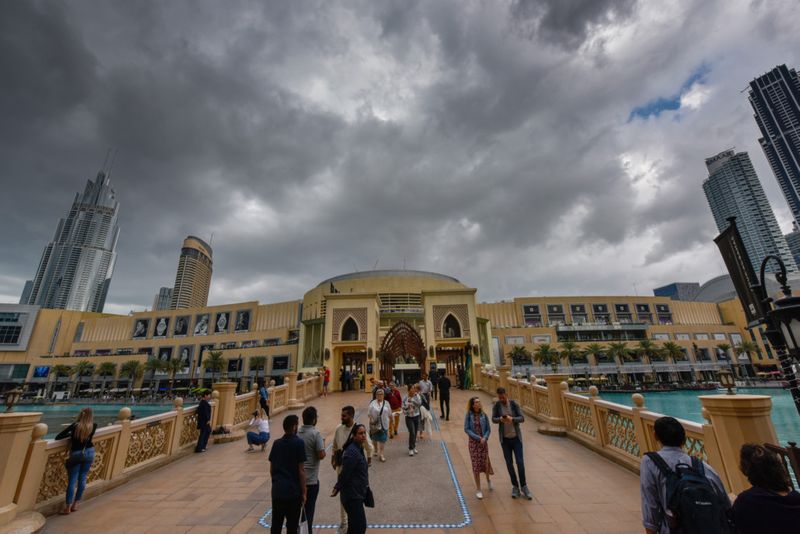 The National Centre of Meteorology (NCM) said Wednesday’s weather could also bring a chance of lighting, thunder and hail.

Temperatures are forecasted to dip significantly, especially over the mountains, where there is a chance of freezing rain on the peaks. The lowest temperature on Tuesday was 2.7C on Jebel Jais, the country’s highest peak in Ras Al Khaihmah.

The mercury will hover between 14C and 20C in the coastal and internal areas, and range 5C to 12C in the mountains.

NCM cautioned about poor visibility, advising motorists to drive carefully and stay away from areas of flash floods.

Wednesday is expected to see cloudy to partly cloudy weather, with a chance of rainfall during the daytime, especially over the islands, some coastal, northern and eastern areas.

The seas were forecasted to be rough, especially northward, becoming moderate by Wednesday night in the Arabian Gulf but staying rough in the Oman Sea.

The skies on Thursday are expected to be fair to partly cloudy, in general. The relative humidity will increase during Thursday night and Friday morning. By late Friday night, and into Saturday morning, there is a chance of fog formation.

NCM on Tuesday said a cold air mass from the northeast coincided with a low pressure system from the east, forming clouds in the eastern and northern areas that extended gradually towards the coastal and internal areas.

The developments follow especially wet weather recently, which flooded roads and cancelled flights. Monday had seen clear to party cloudy skies accompanied by chilly breezes, with a pause in the rains.

Previous It’s official, Akon has his own “Crypto City” in Senegal
Next [100%OFF]Getting Started Web Development Tools and Resources 2020