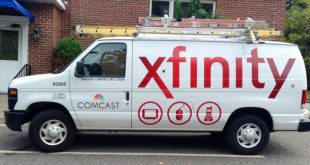 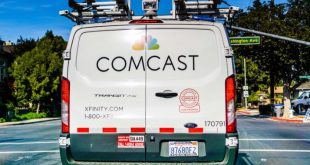 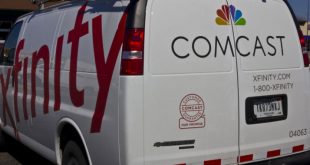 Comcast and T-Mobile upgrade everyone to unlimited data for next 60 days, Ars Technica

As a case involving Comcast and an African American-owned TV network operator heads to the US Supreme Court, a daughter of Martin Luther King Jr. has accused Comcast of trying to “dismantle” the Civil Rights Act of 1866.

Bernice King, MLK’s daughter and CEO of the King Center for Nonviolent Social Change, wrote anopen letterto Comcast CEO Brian Roberts on Friday. She wrote that Comcast’s argument at the Supreme Court would change the law to let businesses discriminate based on race.

“To alter the Act to accommodate discrimination against people based on race would reverse precarious progress in the freedom struggle, which my father was assassinated for leading and which my mother continued to join others in leading until her death, “King wrote. She also told Roberts that “Comcast’s ongoing pursuit to effectively dismantle a fundamental America [n] anti-discrimination law may be the legacy history forever associates [with] the company and your legacy of leadership.”

King’s letter pertains to a lawsuit filed against Comcast by Byron Allen’s Entertainment Studios Networks (ESN), which claimed that Comcast’s refusal to carry ESN channels was racially motivated and seeks a $ 20 billion judgment. Allenwon a key decisionin November 2018 at the US Court of Appeals for the 9th Circuit, which ruled that the case can move forward to a trial and that a US District Court had improperly granted Comcast’s motion to dismiss ESN’s complaint.

Comcast asked the Supreme Court to take up the case, and the courtagreed to do so. A hearing is scheduled for Wednesday this week.

The key question is whether Allen must prove that racism was the primary factor motivating Comcast. Comcasttold the Supreme Courtthat Allen’s claim must “fail in the absence of but-for causation.”

A “but-for” testASKS, “but for the existence of X, would Y have occurred?” If the but-for standard is applied, Allen’s suit would fail as long as a factor other than racism can explain Comcast’s refusal to pay ESN to carry its TV channels, even if there is reason to think that Comcast was also motivated by racism.

“As this case goes before the Supreme Court, Comcast, under your leadership, seeks a ruling requiring plaintiffs prove discrimination was the only factor in the denial of a contract, “King wrote to Roberts.

Given that, King told Roberts that Comcast should answer the following questions:

Knowing that the Civil Rights Act of 1866 was enacted to prohibit discrimination of any kind when making and enforcing contracts, why is Comcast relentlessly fighting for the right to avoid doing business with a person of color so long as her or his race is one of several factors for such refusal?

King also said that Comcast’s position in the case is at odds with its recent statement that “promoting diversity and inclusion are core objectives across our company. “

Comcast is also facing pressure from US Rep. Bobby Rush (D — Ill.), Whotold Roberts in a letterthat Comcast “has shown itself to be an enemy of minority communities” and that the company should be broken up.

The National Association for the Advancement of Colored People took no position on the underlying dispute between ESN and Comcast, butsaidthat Comcast’s legal argument would “roll back the crucial protections of one of the nation’s oldest civil rights laws.” Notably, theoriginal versionof ESN’s lawsuit named the NAACP as a plaintiff along with Comcast. ESN alleged that the NAACP helped Comcast “whitewash” its discriminatory business practices by entering into a memorandum of understanding on diversity issues with the company, but the NAACP was later dropped from the case.

The US Department of JusticesupportedComcast’s position on but-for causation in abriefto the Supreme Court. The brief said that “But-for causation is the default rule for federal anti-discrimination laws.”

“All we are asking is that section 1981 in our case be interpreted the same way it has been interpreted for decades across the country, “Comcast said. That’s a reference toSection 1981of the Civil Rights Act of 1866, whichprohibitsracial discrimination in contractual relationships.

Comcast said that the 9th Circuit decision was an “outlier,” as courts have repeatedly upheld the but-for causation standard in Section 1981 cases for decades. Comcast also said:

We have been forced to appeal this decision to defend against a meritless $ 20 billion claim, but have kept our argument narrowly focused. This case cannot detract from Comcast’s strong civil rights and diversity record or our outstanding record of supporting and fostering diverse programming from African-American owned channels. There has been no finding of discriminatory conduct by Comcast against this plaintiff by any court, and there has been none.

SCOTUSBlogpublished an in-depth summaryof Comcast and Allen’s arguments last week. As detailed on SCOTUSBlog by reporter Amy Howe, a lawyer who hasarguedSupreme Court cases, the Civil Rights Act of 1866 says that everyone must have the same rights as white people to make and enforce contracts. Howe summarized Comcast’s argument as follows:

If the defendant would have made the same decision about whether to enter into a contract if the plaintiff had been white, Comcast reasons, then the plaintiff had the “same right” to enter into the contract. This interpretation is also consistent, Comcast suggests, with the Supreme Court’s earlier cases interpreting the Civil Rights Act of 1866 as requiring the plaintiff to show that the decision in dispute was made “because of” the plaintiff’s race— “language that unmistakably connotes but-for causation.” Therefore, Comcast concludes, ESN’s complaint must allege, and it must prove, that Comcast’s decision not to enter into a contract would have been different were it for the race of the company’s owners.

ESN argues that the Supreme Court in other cases endorsed a standard less stringent than “but-for causation” in Section 1981 claims.

“The justices have ruled that courts should use a ‘burden-shifting framework,’ which initially requires the plaintiff to provide evidence suggesting discrimination but then shifts the burden to the defendant to demonstrate that there is a legitimate and nondiscriminatory reason for its decision, “Howe wrote. “Congress, ESN argues, tacitly approved that standard when it amended parts of the Civil Rights Act in 1991 but ‘left the burden shifting holding of this decision untouched.’ “

ESN also argued that “there was no tradition of requiring ‘but for’ causation in cases involving intentional torts, which are most analogous to Section 1981, “SCOTUSBlog wrote. “The cases that Comcast cites, ESN points out, involve allegations that the defendant was negligent, not that the defendant acted intentionally. Its interpretation, ESN continues, is also more consistent with Congress’ purpose in enacting the Civil Rights Act and Section 1981: to create a ‘sweeping’ bar on racial discrimination. “

Comcast and ESN both argue that a Supreme Court ruling in the other’s favor would have severe consequences. Comcast cautioned the court that if it doesn’t overturn the 9th Circuit ruling, “a party may be held liable for racially discriminatory contracting — and subjected to compensatory and punitive damages— even where it would have made the same contracting decision irrespective of race. “

Meanwhile, ESN warned that a win for Comcast would prohibit a plaintiff “who alleges that race was a motivating factor for the refusal to contract “from conducting fact-finding on those claims if the plaintiff can’t meet the but-for causation standard. That’s difficult, ESN said, because “the defendant typically is the only party with access to evidence of the defendant’s motives.”

“Comcast’s proposed pleading standard would effectively shut the door to the federal courts for African Americans and other people of color who are treated differently in contracting because of race, “ESN also told the Supreme Court.

ESN separately filed a similar lawsuit against Charter, the second-biggest cable company in the US after Comcast. Charter’s own petition to the Supreme Court is still pending, but the Supreme Court’s decision on Comcast could have an impact on the Charter case. “[T] he parties anticipate the Supreme Court will hold Charter’s petition in abeyance pending the disposition of the Comcast case,” according to a joint status report filed last month at the US District Court for the Central District of California. 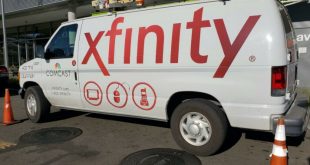 Comcast screwup — Comcast made the same mistake once before and had to pay $33 million. Jon Brodkin - Mar 11, 2020 9:26 pm UTC Enlarge / A Comcast van in San Ramon, California, February 25, 2020.Comcast mistakenly published the names, phone numbers, and addresses of nearly 200,000 customers who paid monthly fees to make…