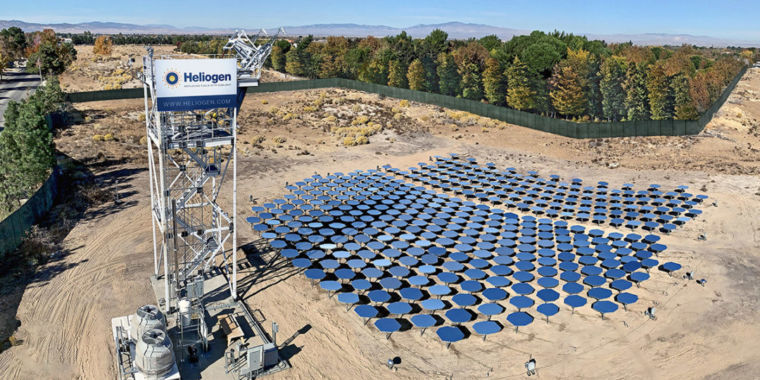 The explosion of solar energy capacity has been driven almost entirely by the plunging cost of photovoltaic hardware. That has made the situation difficult for an alternate technology known as solar thermal. Thermal uses mirrors to focus incoming sunlight onto a location that reaches high temperatures, which can then be used to generate electricity by driving a steam turbine. Since heat is relatively easy to store, these plants can continue to produce power long after the Sun has set. In some cases, these plants are able tooperate around the clock.

Today, a company backed by tech investors is announcing that it hasdeveloped an enhanced form of solar thermalgeneration that can push the temperatures at the point of focus much higher . That’s significant, because the promised temperatures reach heat needed for industrial processes like concrete production, metallurgy, and hydrogen production. While there are clear advantages when it comes to generating electricity, the key to this technology may be how readily it can be integrated into these industrial processes.

The company in question is astartup called Heliogen, which has received backing from several Silicon Valley investors and Bill Gates. But the technology Heliogen has developed does have a rather heavy tech component.

The tech comes in the form of the control of the mirrors involved. These have to track the Sun’s motion and keep its incoming rays focused on a target, often held on a tower. That target contains some material, typically either molten salt or a fluid that transfers heat readily, in order to heat it. Typically, that fluid is heated to about 600 ° C, which is more than sufficient to generate electricity. But it falls well short of the 1, 00 0 ° C-plus reached by the new system.

Heliogen’s announcement is that its system has now cleared 1, 00 0 ° C , and the company expects its system can go even higher. Heliogen claims to do so via finer mirror control. While details of Heliogen’s system are sparse, it appears to use cameras to register the pointing of the mirrors and constantly adjust their location to keep the sunlight highly focused. This would be able to produce higher temperatures if either of the following is true: the system can focus more sunlight, or it can focus the same amount of sunlight on a smaller area than competing systems.

What are the advantages of higher temperatures? There are some for electrical generation. One of them is that it’s simpler to generate electricity from a large temperature difference than it is from a smaller one. A high temperature would also allow the same amount of heat to be stored in a smaller volume, which could also simplify solar thermal systems and would cut down on the total materials needed for the system. So, there’s some potential to lower the costs of solar thermal and make them somewhat more competitive with photovoltaic hardware.

The two former production processes require high temperatures; while these can be met by electrical heating elements, they’re often reached by the direct burning of fossil fuels. Obviously, industrial facilities need to run as frequently as possible to recoup the large investments involved in building them, and a Heliogen system is not going to store enough heat for round-the-clock operation. The company realizes that but calculates that its system could prevent over half the cost of fossil fuels, as well as the associated carbon emissions.

An additional option is to use this temperature for hydrogen production. This can be done at environmental temperatures by the electricity-powered splitting of water. But the process is not especially efficient. Sufficiently high solar thermal temperatures can be used to directly split water, releasing hydrogen and oxygen, although those processes areCurrently in the research stage. But it can also be used for thedecomposition of biomass, releasing a syngas in the process. The hydrogen produced through these processes could either be used directly or converted into liquid fossil fuel replacement.

Solar thermal has some distinct advantages for electricity production, notably a built-in storage capability, and its relative lack of success makes shifting to full renewable energy more difficult. Having thermal produce transportation-ready fuels would allow it to tick off another item in our list of needs for getting to a fully renewable energy economy. So, even if Heliogen isn’t ultimately successful as a company, it could at least provide a useful reconsideration of the technology it relies on. 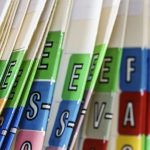 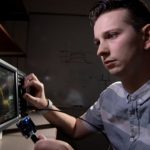