Jharkhand assembly election: The Congress party will contest 31 seats out of 81 seats.

The Congress on Sunday announced its first list of five candidates for the Jharkhand assembly polls and has fielded its state unit chief Rameshwar Oraon from Lohardaga.

Jharkhand will vote in five phases, with the first on November 30 and the last on December 20. Results will be declared on December 23.

The five candidates are from seats that will go to polls in the first phase on November 30. The last date of filing nominations is November 13.

Jharkhand Mukti Morcha (JMM), Congress and Lalu Yadav’s Rashtriya Janata Dal had recently announced a pre-poll alliance for the state and former Jharkhand Chief Minister Hemant Soren will be the alliance’s chief ministerial candidate face. The Congress will contest 31 seats out of 81 seats in the Jharkhand assembly.

The Rashtriya Janata Dal will contest on seven seats, while the largest chunk of the alliance share has gone to the JMM, which will contest elections on 43 seats. 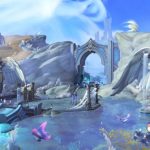 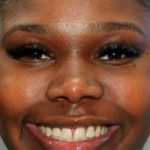