A powerful committee in the US Congress has launched an inquiry into spending by the US Defense Department at the Scottish Government owned Prestwick Airport amid concerns of “serious conflicts of interest” and potential violations over military custom at the loss making hub and President Donald Trump’s nearby Turnberry resort.

The House Oversight and Reform Committee said US military spending at the publicly owned South Ayrshire airport had “increased substantially” since Trump came to office, and points out that the airport is “integral” to Turnberry’s financial success.

Its comes after a recent Scotsman investigation detailed how Prestwick’s parent company has received more than £ 9. 02 m for 644 orders to refuel US Armed Forces aircraft between October 2017 and March this year.

READ MORE:Donald Trump’s Turnberry firm paid £ 11, 000 by US State Department for rooms over summer
Scotland on Sunday can reveal that in the six months since, a further slew of refueling orders has netted Prestwick a further £ 4.8m.

The deal with the US Defense Logistics Agency (DLA), which manages the global supply chain for the US Army, Air Force, and Navy, is by far the airport’s single biggest revenue stream.

Patrick Harvie MSP, co leader of the Scottish Greens, has accused the Scottish Government of “propping up Donald Trump’s militaristic agenda” given the airport’s extensive US military custom.

However, the spending has also raised questions over whether Trump’s golf resort and hotel is benefiting from the flurry of US military activity in the area.

It emerged yesterday that an Air National Guard crew who stopped over at Prestwick on a C – 17 military transport plane while en route to Kuwait stayed at Trump’s loss making flagship Scottish resort.

A report in Politico cited multiple sources who said the five man crew stayed at Turnberry in April, with one crew member noting that their per diem allowance did not cover the cost of food and drinks.

It quoted one senior US Air Force official who said the decision to refuel at Prestwick and stay at Turnberry was unusual for such a mission.

A senior Democratic aide on the committee told Politico: “The Defense Department has not produced a single document in this investigation.

“The committee will be forced to consider alternative steps if the Pentagon does not begin complying voluntarily in the coming days.”

The House of Representatives committee, which has far reaching investigatory powers into US federal government business, has written to the US Defense Department, demanding documents and spending records related to Prestwick, including “communications related to Defense Department flights routed through Prestwick. “

The committee’s letter, addressed to Patrick Shanahan, the acting US defense secretary, has asked the Pentagon for all “pre audit flags” related to military travel through Prestwick and Turnberry, as well as defense travel system records, authorisations, and travel charge card statements detailing overnight

The letter, sent by Elijah Cummings, the committee’s chair, and his fellow Democrat, Jamie Raskin, asks for any “requests for transportation, lodging , or travel allowances beyond the normal allocations in the defense travel system. “

It also calls on the Pentagon disclose all and any correspondence between the US Defense Department and Trump’s firms in Scotland.

A new extended deal between Prestwick and the DLA, known as a EUCOM Into-Plane contract, will come into force next month and last until September 2024. It will allow for the supply of around 12 .4 million gallons of aviation fuel, approximately three million more than the

Prestwick and Trump have long had close ties predating his election. Soon after he bought the Turnberry resort in 2014, the two announced an “official partnership.”

The airport subsequently said no such arrangement ever existed, but previous investigations by Scotland on Sunday have shown Turnberry and Prestwick discussed working together to win business and integrate their businesses.

Staff at Turnberry were even asked to help pitch for prospective airlines to help shore up the beleaguered airport, put up for sale earlier this year by Scottish ministers.

A buyer for the airport is expected to be announced shortly. 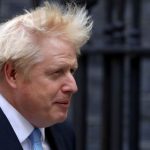 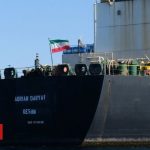