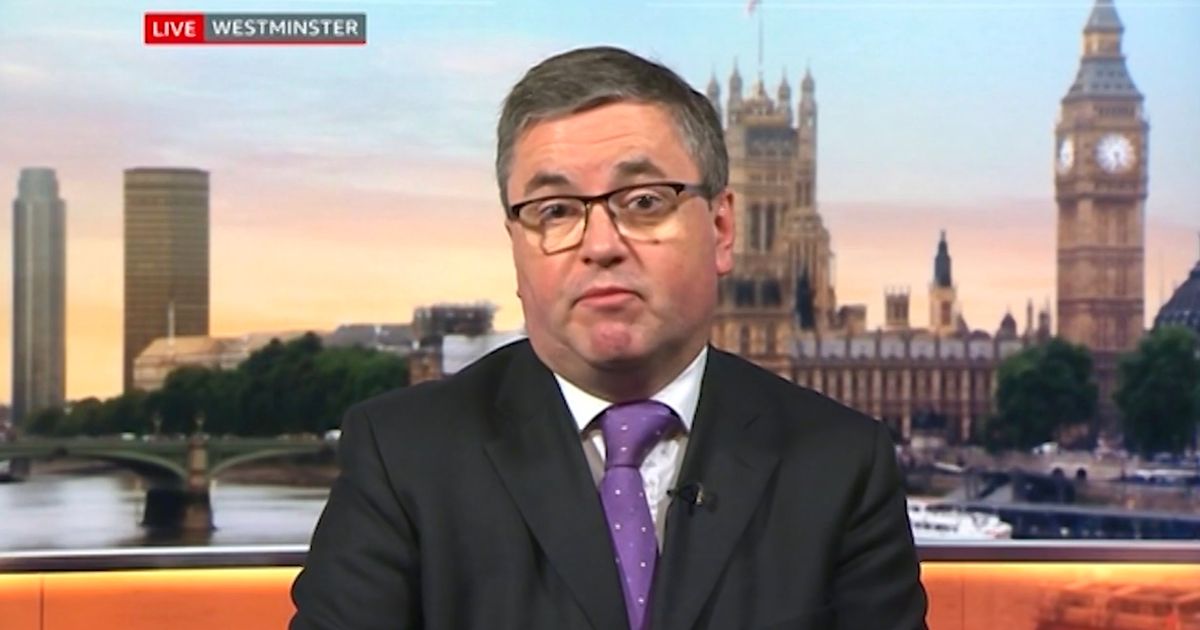 The Justice Secretary insisted that Boris Johnson’s response to being shown the picture of young Jack Williment-Barr was not “painful”, as BBC Breakfast host Dan Walker suggested.

“I don’t think he was forced into it. I think when he looked at it, the reaction was clear and unforced and natural and the apology was forthcoming and fulsome.

“And I think that response and the response that we’ve shown in the hours since and the action that the Health Secretary took shows that we were taking this matter incredibly serious – as we would take with any matter related to our National Health Service. ”

” What does it say about a man who is so determined not to address the case of a little boy on a hospital floor that he pockets a reporter’s phone in mid-interview rather than look at it? ”

Mr Buckland said there were always moments where “You’re suddenly sprung with something and it’s difficult to know exactly what is happening”.

Mr Robinson retorted: “Come off it Mr Buckland! It was the front page of a national newspaper. ”

But the host pressed on: “I don’t think that’s clear at all, I’m sorry. I was with him yesterday and every time he was asked about the photograph he tried to change the subject and list a series of statistics about the NHS. He was determined not to talk about it. ”

Mr Buckland said:“ But he did talk about it, and he did express sorrow and regret for what he saw and an apology.

“What happened to this young lad was not acceptable.”

But Mr Robinson moved on to the punch saga.

“Why did Tory press officers brief the media wrongly, inaccurately, that the Health Secretary’s aide was punched by a Labor activist when he hadn’t been?”

Mr Buckland said: “I don’t know who briefed what to whom.”

) Mr Robinson said: “Laura Kuenssberg, Robert Peston, all of these people, very high profile journalists were told by people they trust that this happened and when the video emerged it had not happened.”

Mr Buckland repeated his claims that the protesters had created a scene: “What I saw was a very confusing scene of public disorder. People who had clearly organized themselves to come along, create trouble and mischief… people were shouting and gesticulating. ”

Yet Mr Robinson connected: “You see, what it looks like to many people is you will do anything in this campaign, there is no untruth that can ‘ t be told.

“And in addition the Prime Minister decided just to drop the suggestion that the BBC might lose its source of funding.

“I wonder Mr Buckland, is there no institution safe when the Prime Minister’s in trouble? He attacks the courts, he misleads the Queen, he attacks Parliament, he attacked Channel 4 last week, now it’s the BBC.

“Anything to get into power. ”

Mr Buckland said“ that’s a really unfair criticism ”and that the PM was responding to“ genuine concern on the doorsteps ”about the cost of the license fee. 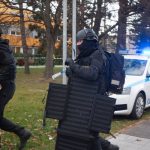 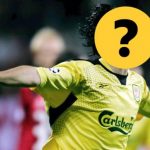