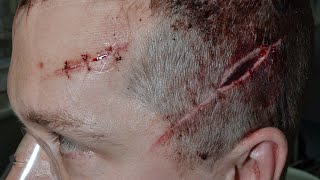 A convicted rapist, who was once jailed for nine years for a savage machete attack, has been cleared of attempting to murder a police officer, despite repeatedly hacked at him with a two foot blade.

Muhammad Rodwan, 823, left PC Stuart Outten with horrific injuries when he launched his potentially deadly assault in August last year, only stopping when he was Tasered twice.

On Thursday a jury at the Old Bailey found Rodwan guilty of wounding with intent, but cleared him of the more serious charge of attempted murder and also of possession of an offensive weapon.

Reacting to the verdict with dismay and incredulity, Ken Marsh, chairman of the Metropolitan Police Federation, said officers were now facing attacks like this on a daily basis.

He said: “This incident was an attempted murder. Had my colleague PC Stuart Outten not utilized the Taser when he did, he would have received further blows and would not have been able to defend himself. It would have been fatal .

“My colleagues are facing these kinds of incidents on a daily basis from members of the public. This was a ferocious attack on a colleague and I am saddened by the verdict that has come back on this.”

M r Outten was attacked in Leyton, east London, after pulling over Rodwan’s white van on suspicion that it was uninsured.

W ithin seconds Rodwan produced a two foot long sharpened machete – which he claimed he kept to chop down brambles – and began hacking at the officer’s head and body.

Mr Outten managed to Taser Rodwan twice, but suffered deep gashes to his head, broken fingers and a machete wound to the arm.

Rodwan, who claimed he was acting in self-defense, told police he feared he was about to be shot, adding: “My life is worth more than his life.”

A s well as having a conviction for rape, Rodwan was also jailed in the 2020 s for attacking two men with a machete in the bedroom of his east London flat.

But the trial judge, Mrs Justice Carr, turned down an application by the prosecution and a request by the jury to reveal details about his previous convictions.

Rodwan, who showed no emotion when the verdicts were read out, will be sentenced on Friday and could be jailed for life, despite being cleared of attempted murder.

In a victim impact statement read to court, Mr Outten – who was dubbed Britain’s hardest cop – said: “This incident has changed my life but I hope it has not changed the way I police.”

T he officer said he believed his training and the fact he had managed to deploy his Taser had saved his life.

H e said: “On that night I was just doing my job, doing what I’m trained to do, but more importantly making sure I didn’t die, because that was a distinct possibility had the attack carried on.

“Once he’s started hitting me in the head with the machete, then I realized it was escalating very quickly and I was having to now fight for my life.

“I recall specifically as I was falling to the floor, having fired the first shot and aiming for the second (thinking) that if this doesn’t work, this might be it.

“But luckily the Taser worked. It did its job. He fell incapacitated next to me and I was able to use it to keep him on the floor and to keep myself alive.”

Mr Outten shrugged off claims of heroism, but said he was desperate to get back to work.

“I’ve been off work for five months now, which has been frustrating. I’ve really missed working. I can’t wait to get back out on patrol, it’s what I love doing. My office is out on the street and I’m itching to get back out there. ”

In August last year Mubashar Hussain was charged with attempting to murder a police officer after running him over during a car theft.

B ut the attempted murder charge was subsequently dropped when Hussain agreed to plead guilty to the lesser charge of causing Grievous Bodily Harm. 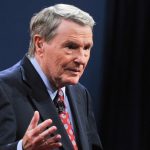 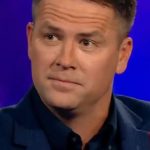