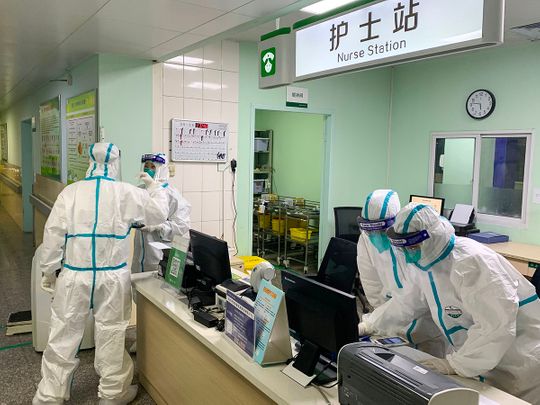 Abu Dhabi: As the 2019-novel coronavirus continues its spread in China, the UAE Embassy in the country has called upon all Emiratis to get in touch via a tweet posted on Monday.

The tweet listed the Embassy’s contact number in Beijing, 008613811447868, before listing a number of precautions that Emiratis can follow while in China to limit the risk of infection.

Fears are mounting over the coronavirus first traced to the central Chinese city of Wuhan, and the UAE has been taking steps to ensure the safety of all its residents at home, as well as its citizens abroad.

Among the precautions listed by the UAE Embassy is advice to avoid all animal and animal products, as well as close contact with anyone showing signs of respiratory illness. Frequent hand hygiene is also recommended, including handwashing with soap and water, or use of sanitizers when soap and water are unavailable. The advisory also urged people to cover their coughs and sneezes, as well as to avoid travel if they develop signs of illness.

The coronavirus has so far killed 82 people in China, including a fatality reported in Beijing on Monday. There are now more than 2,700 cases worldwide, including in countries like Australia and France.

Despite widespread efforts to limit its spread, health officials around the world are concerned that the virus’ toll could mirror that of the SARs virus, which killed 800 people and infected 8,000 within the span of a few months in late 2002 and early 2003.

The UAE’s airports have already begun screening all passengers arriving from China. No restrictions have yet been placed on travel to China, but countries like the United States, Japan, Germany and France have announced plans to evacuate citizens from Wuhan.

The post Coronavirus: Emiratis in China urged to call UAE Embassy in Beijing appeared first on The Wealth Land.