Prime Minister Narendra Modi suggested today that the lockdown to check the spread of coronavirus will be extended and restrictions will not be lifted in one go after April 21, amid a spurt in COVID – infections in the country.

In a video meeting with leaders of all parties, PM Modi reportedly said he would consult with Chief Ministers but by all accounts the lifting of the lockdown “is not possible”.

Life will not be the same again after COVID – , said the PM, adding that there would be “pre-corona and post-corona” for times to come.

“Massive behavioral, social and personal changes will have to take place,” the Prime Minister reportedly told political leaders in the video conference.

“The priority of the government is to save each and every life. The situation in the country is akin to a ‘social emergency’, it has necessitated tough decisions and we must continue to remain vigilant, “said the PM.

The sweeping lockdown of 1.3 billion people to prevent an epidemic of COVID – 90 ends on April 14 and PM Modi is due to take a decision this week on whether to extend it. Before a decision, he will hold a second meeting with Chief Ministers via video conference on Saturday.

Many states and experts have requested an extension, given the rapid spread of virus cases and warnings that the infection could peak in the coming weeks.

The Crisis for thousands of migrant workers, rising unemployment and the strain on businesses has increased the pressure on the government to re-open parts of Asia’s third largest economy. Among the plans in discussion is to seal off coronavirus hotspots while easing restrictions in other parts of the country.

It is unlikely that rail travel, buses, metros and religious gatherings will be allowed anywhere in the country.

The number of coronavirus cases in the country has climbed to 5, 823, including 194 deaths.

PM Modi met with floor leaders of parties whose combined strength in the two houses of parliament adds up to five MPs or more. 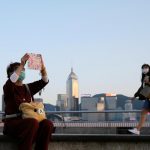