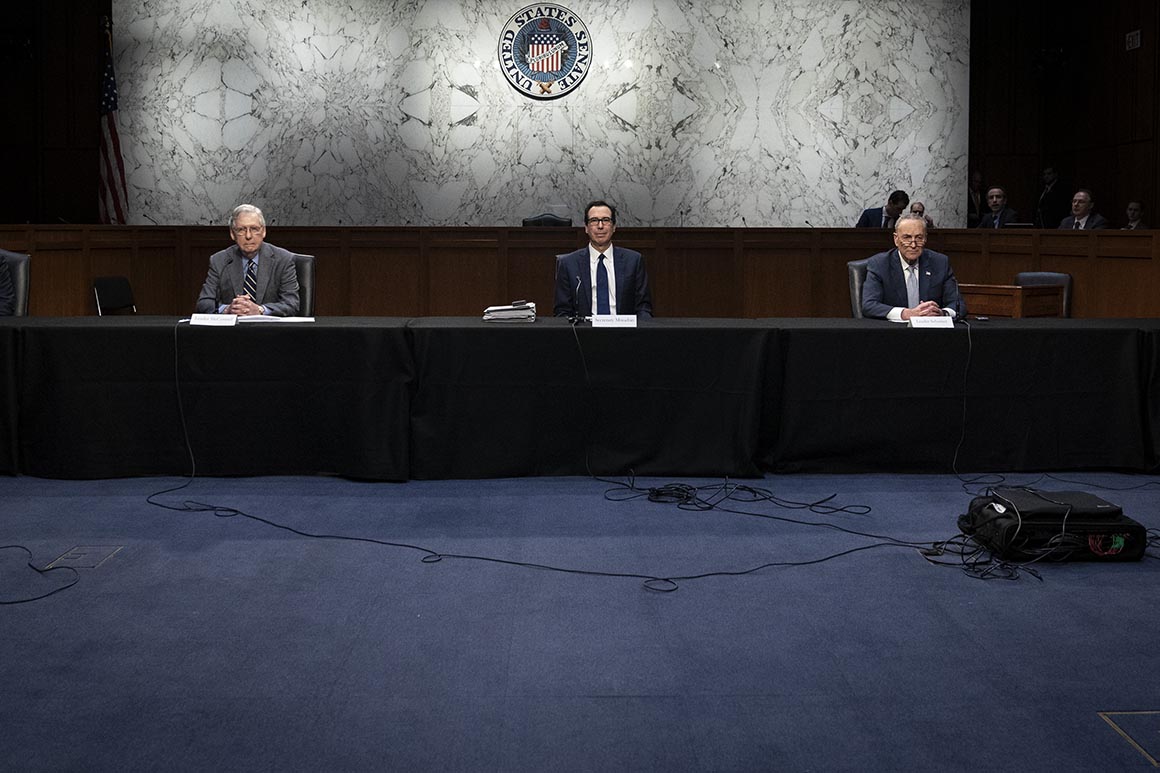 “I’ve been speaking to Mitch McConnell, Chuck Schumer, the speaker, and I think we have fundamental understanding,” Mnuchin said on “Fox News Sunday. “We look forward to wrapping it up today.”

But Democrats are saying that there’s still major hurdles before they get to an agreement.

According to a source familiar with the Republican text, there’s still no language preventing layoffs for companies that accept federal aid. The source also said the tentative proposal gives too much discretion to the Treasury Department on who gets funds and does not include strong enough provisions to prevent stock buy backs. In addition, funding for airline industries is a major sticking point.

Schumer and Pelosi have stayed in close touch with Mnuchin throughout the negotiations. Pelosi flew back to Washington Saturday.

Late Saturday evening, McConnell instructed chairmen of key committees to draft language that senators can review before a floor vote Sunday that advances the legislation, in an effort to meet a Monday deadline for passage. Democrats insist though that there’s no final deal.

While outstanding issues remain, Democrats are expected to see a win with $ 250 billion allocated to unemployment insurance – one of the major sticking points in the negotiations. In addition, billions are expected to go to hospitals to address the influx of patients due to the pandemic. Schumer has called for a “Marshall Plan” for hospitals.

Meanwhile, hundreds billions of dollars are expected to go to distressed industries, including airlines. Democrats are insisting that the package include provisions to stop stock buybacks or increases in pay for top executives.

Republicans are also pushing for $ 400 billion in direct cash payments to workers. Under the original GOP proposal, individuals and families would receive $ 1, and $ 2, 400 in direct cash payments, depending on their income level. Sens. Josh Hawley (R-Mo.) And Mitt Romney (R-Utah) have raised concerns that the original language of the provision penalizes lower-income Americans who do have a taxable income. But Republican aides say the issue will be resolved in the final text. 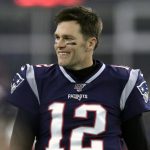 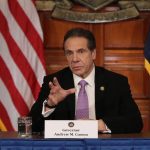