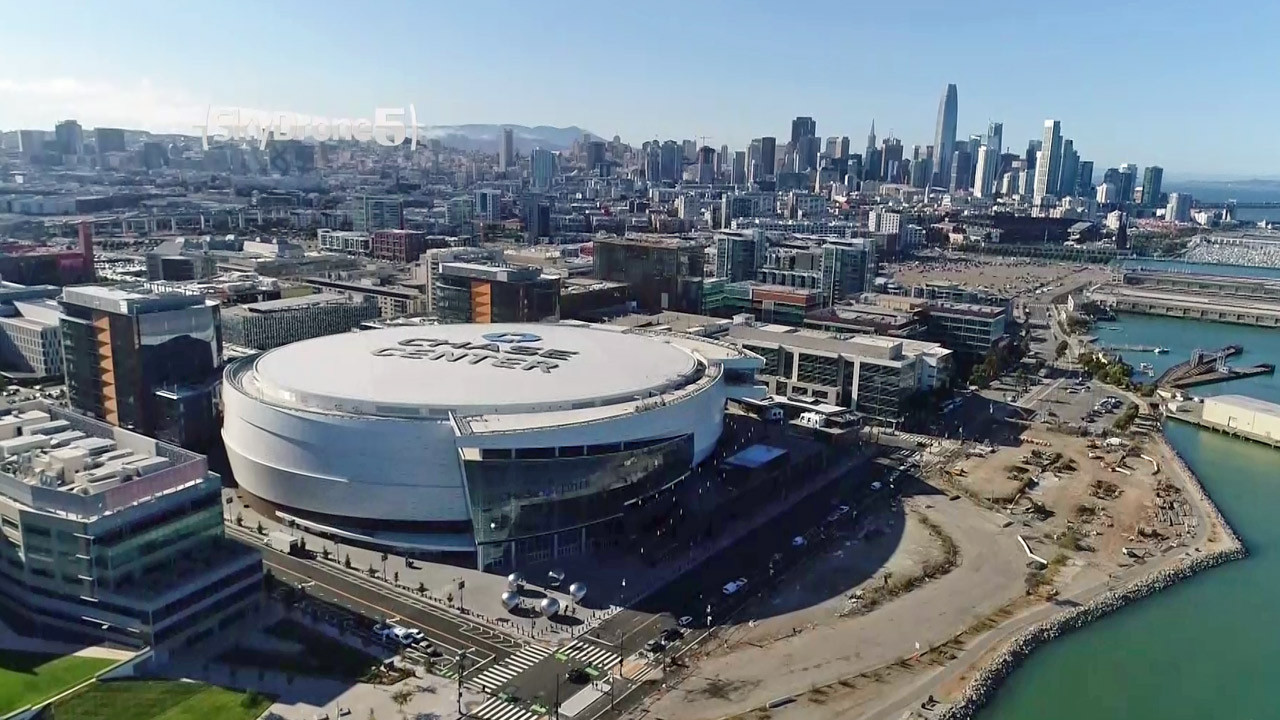 SAN FRANCISCO (CBS SF) – The Golden State Warriors will become the first major sports team in America to play a home game without fans after San Francisco officials announced Wednesday they were banning gatherings of more than 1, people at public events for at least the next two weeks in wake of the local coronavirus outbreak.

The announcement was followed later Wednesday by the San Jose Sharks also announcing the next three home games at SAP Center in San Jose would be played without fans in attendance .

Warriors President Rick Welts, who had a morning meeting with San Francisco Mayor London Breed, has been in contact with league headquarters and believes a more expansive announcement may be possible. There will be a league-wide call on Wednesday afternoon.

“The NBA agreed the best way forward for us was to play tomorrow night’s game without fans,” he said. “That’s what we are planning to do. There is a call with all 90 teams this afternoon where the league will conduct a discussion about the way forward for our season. San Francisco is the first domino to fall here. I think there is a lot of speculation that other cities will look at what San Francisco is doing and we potentially could have other NBA cities affected the way we are in the not too distant future. ”

“It is a developing story, we don’t know how it is going to end.”

“Everybody is just trying to soak it all in,” he told reporters. “This whole thing has happened pretty quickly over the last couple week, just the severity of it, the enormity of it so when we addressed our players (at morning practice in the lockerroom) everybody was just sort of trying to take it all in. There wasn’t a whole lot of discussion. ”

Warriors star Steph Curry was shocked by the announcement.

“We’ve been paying attention to the latest current events – all the conversations about what should be done,” he said. “When we found out there wasn’t going to be any fans it was kinda like we don’t know what to expect. I’ve been in this league for a very long time and have never had to deal with anything like this. It’ll be different, it will be weird. ”

Curry was the center of coronavirus rumors over the weekend. He had a bout with the flu and the team quickly sent out a press release saying his illness was not related to the coronavirus.

“I started to feel a little under the weather,” he said. “The seasonal flu and all that type of stuff it comes and goes for a lot of different people. Obviously now it’s a little heighten sensitivity as there should be with the coronavirus so I had to go through the necessary process and steps to make sure I was all right. ”

After Thursday’s game against the Brooklyn Nets, the Warriors will be on the road for five games.

“What we talked about with the players was preparing for the game and preparing to go on the road the next day,” Kerr said. “If we hear anything otherwise, obviously that’s what we’ll do.”

Moments after the announcement, the San Francisco Giants announced the team was cancelling its anticipated Spring Training exhibition showdown against their crossbay rival Oakland Athletics scheduled for Oracle Park on March 30 th. The club did not make any announcement involving its regular season home opener against the Los Angeles Dodgers on April 3rd.

“We have been in close coordination with Major League Baseball and our local health and government agencies to monitor and plan for any potential impacts of COVID – , ”the team said in a statement. “In light of the City and County San Francisco’s announcement today to prohibit public gatherings of 1, 11 People for the next two weeks, we will not play our upcoming March 30 th exhibition game against the Oakland A’s at Oracle Park in San Francisco. ”

Breed said she knew her decision would prove difficult for the city’s two professional sports franchises.

“We know cancelling these events is a challenge for everyone and we’ve been talking with venues and event organizers about the need to protect public health,” Breed said. “Today I spoke with the Warriors to discuss the steps we’re taking to cancel large events and they are in support of our efforts.”

The Warriors announced all tickets to the game will be refunded. Welts estimated the loss of Thursday’s gate would be in the range of a ’multi-million dollar loss.’ Those losses would quickly mount if the team was force to play additional games without fans.

“Due to escalating concerns about the spread of the coronavirus, and in consultation with the City and County of San Francisco, tomorrow night’s game vs. the Nets at Chase Center will be played without fans, ”the team tweeted. “Fans with tickets to this game will receive a refund in the amount paid.”

Due to escalating concerns about the spread of the coronavirus, and in consultation with the City and County of San Francisco, tomorrow night’s game vs. the Nets at Chase Center will be played without fans. Fans with tickets to this game will receive a refund in the amount paid. pic.twitter.com/DMpO420 ocvg

The Warriors are scheduled to play two home games at the Chase Center over the next two weeks, on Thursday night against the Brooklyn Nets and March against the Atlanta Hawks. Between those two games, the Warriors will be on a five-game road trip.

Warriors president of basketball operations Bob Meyers said playing in an empty arena will be a new experience for the players.

“This is brand new stuff for our players,” he said. “We’ve been taught and rightly so that health is first priority in life… It’s bigger than the Warriors.”

The venue has already confirmed that the March 19 th

concert by Tame Impala, the March th concert with Post Malone and the March 25 st Bell Biv Devoe & Friends concert have been postponed.

According to the team, people with tickets to the postponed concerts will receive a full refund of their ticket or an offer to exchange their ticket for a future rescheduled concert at Chase Center.

During a press conference by San Francisco Mayor London Breed and city officials, the Superintendent of the San Francisco Unified School District announced that schools would remain open. City health officials cited the fact that the coronavirus has had a reduced impact on young people.

The mayor also noted that childcare would likely be a challenge for many parents if San Francisco schools were closed.

However, all school functions involving large gatherings including sporting events have been canceled.

The district is ordering additional aggressive cleaning of campuses. Students and staff who are sick are urged to stay home.

“Families know what’s best for their children and we will honor your decision to keep your children home from school at this time. Absences will be excused, ”said SFUSD Superintendent Dr. Vincent Matthews.

Broadway show production company Broadway SF announced that all performances of ‘Hamilton’ at the Orpheum Theater and all performances of Sting’s musical ‘The Last Ship’ at the Golden Gate Theater have been canceled starting Wednesday night through March th.

UPDATE: All BroadwaySF productions at the Orpheum and Golden Gate Theaters will be canceled beginning this evening (tonight’s performances of HAMILTON at 7pm and THE LAST SHIP at 7: (PM) through Wednesday, March .

On Wednesday, the San Jose Sharks also announced the next three home games would be played without fan in attendance at SAP Center.

“I don’t stand here and profess to know the answer to what’s right and what’s wrong,” Sharks interim coach Bob Boughner said Tuesday of the possibility of playing in front of an empty SAP Center. “If what they’re saying (is) we can’t play in front of crowds, then we’ll have to deal with it. Nothing is confirmed on the Sharks end to what the options would be, but as a coach you try to keep your players focused. ”

At the team skate around Tuesday, players reacted to the possibility of an empty arena for games against Montreal, Boston and Phoenix.

“It will definitely be a weird feeling if that happens,” veteran Joe Thornton said of the threat of an empty arena. “What’s going in right now is weird for everybody. We’re all confused like you guys (reporters) are. I see Italian soccer teams are doing the no fans thing so I’m not sure what we’ll have planned right now. We’re going on road for a week so we will know more when we get back. ”

“I saw it on Twitter,” he said. “We love playing in front of our fans so it’s definitely shocking news. We are all aware of the situation and what’s going on around the world. Where I’m from in Switzerland they have the same problem. ”

“Like I said we always like playing in front of our fans, they are great to us. We also know that health comes first, ”he added. “We are here to just do our job. We love playing hockey. ”

Evander Kane also was trying to grasp what playing in front of an empty arena would be like.

“I’ve never been in the NHL when we played a game without any fans,” he said. “It would definitely be very different. I know they have announced a couple different scenarios (empty arenas, moving games to another city). I think we are all just waiting to find out to see what actually happens so obviously the empty building is one of them. ”

“It would be very strange to play in an empty building, that’s for sure.” 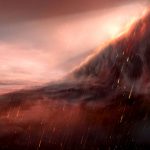 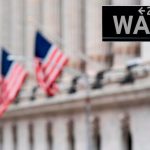