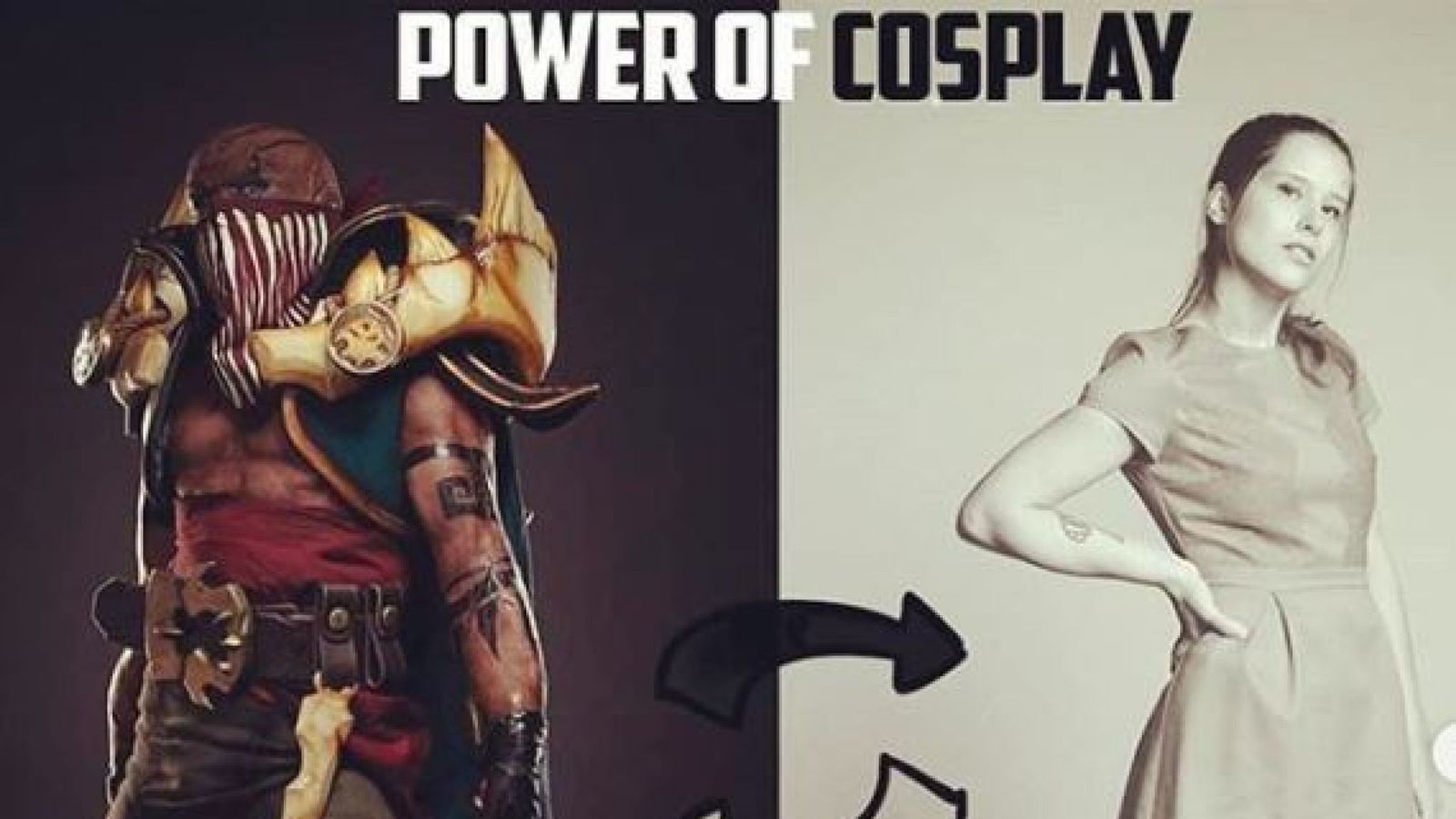 Judges at this year EuroCosplay Championships in London have defended their decision to ban a finalist from the competition after her costume faced accusations of blackface.

French Cosplay Cup winner Alice Livanart was told she would no longer be able to compete at the London event as Pyke – a character from League of Legends – because she had chosen a character whose skin tone was darker than her own.

The video game character – an undead deep-sea harpooner – although entirely fictional, is widely considered to be black.

Speaking at MCMComic ConLondon, guest judge Diana Tolin told Sky News that while she understood there was probably no intention to offend, it did not give the French competitor the right to take on the role.

An experienced cosplayer of over 20 years herself, she explained: ” I very strongly believe that cosplay is for everyone and we should give really good representation to our cosplayers of color.

“I think there other options besides being a different skin tone and wish her [Alice Livanart] well but I hope next time she does something a little bit more sensitive.”

Around 200, 000 people are expected to attend the three-day Comic Con event in London, with competitors from 24 different countries competing in the EuroCosplay Championships.

Cosplay – which merges the worlds of ‘costume’ and ‘play’ – was once a niche pastime, but has moved into mainstream culture over the last few years.

Its popularity is largely due to the proliferation of superhero films and fantasy franchises such as Game Of Thrones and Harry Potter.

Earlier this month EuroCosplay put out a statement apologizing for any offence caused by the outfit, and promising to look at rules to prevent racist cosplays making it to the finals.

They also said they had not formally disqualified Ms Livanart, but had asked her to change her costume, which she said she was unable to do in time.

Speaking to Sky News via Skype, Ms Livanart defended her decision to dress as Pyke: “The character is black, he comes from a fictional world.

” I just respected his skin color because I wanted to be as accurate as possible because I really do love that character… just the way he is, I don’t want to change anything.

“He is black, he should be black and if I made him white I could have been accused of white-washing you see. Whatever I choose some people are not going to be happy.”

The 28 – year-old went on: “Cosplay is for everyone, just because I’m white does it mean I can’t play a black character? No! It shouldn ‘t happen, you can cosplay whoever you want.

“I mean that’s what cosplay is and I think you can’t decide what color you should cosplay just because of your skin.

“The people who think I’m doing blackface are telling me if I was black then I should cosplay Pyke, I mean that’s the definition of racism.”

However, while cosplay is largely seen as an act of tribute rather than caricature, this issue of blackface crosses a red line for many.

“There are cosplayers of color who have stated they have issues of visibility within the community and with experiencing racism and then you have a white lady who is going to put on the skin of another.

“It’s complicated and it’s unfortunate that it’s turned into a fight instead of listening to cosplayers of color and their issues.”

After spending hundreds of hours making the costume, and around € 3, 000 (£ 2, 700) on materials, Ms Livanart says she will no longer use it to compete.

“I love him, but I don’t think I can use him for contests anymore.”