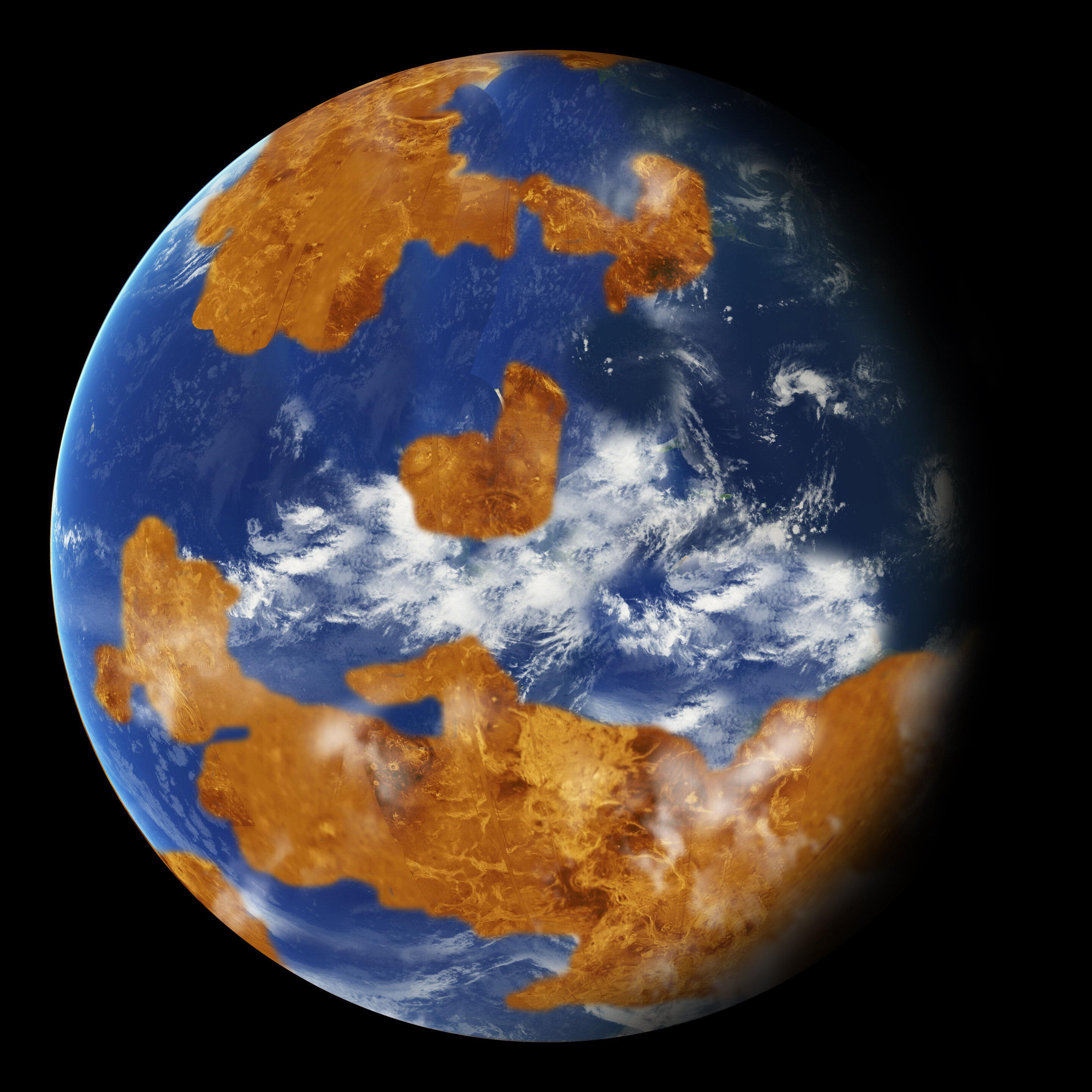 Venus may have been a temperate planet hosting liquid water for 2-3 billion years, until a dramatic transformation starting over 700 million years ago resurfaced around 80% of the planet. A study presented today at the EPSC-DPS Joint Meeting 2019 by Michael Way of The Goddard Institute for Space Science gives a new view of Venus’s climatic history and may have implications for the habitability of exoplanets in similar orbits.

Forty years ago, NASA’s Pioneer Venus mission found tantalising hints that Earth’s ‘twisted sister’ planet may once have had a shallow ocean’s worth of water. To see if Venus might ever have had a stable climate capable of supporting liquid water, Dr. Way and his colleague, Anthony Del Genio, have created a series of five simulations assuming different levels of water coverage.

In all five scenarios, they found that Venus was able to maintain stable temperatures between a maximum of about 50 degrees Celsius and a minimum of about 20 degrees Celsius for around three billion years. A temperate climate might even have been maintained on Venus today had there not been a series of events that caused a release, or ‘outgassing’, of carbon dioxide stored in the rocks of the planet approximately 700 – 750 million years ago.

“Our hypothesis is that Venus may have had astable climatefor billions of years. It is possible that the near-global resurfacing event is responsible for its transformation from an Earth-like climate to the hellish hot-house we see today, “said Way.

Three of the five scenarios studied by Way and Del Genio assumed the topography of Venus as we see it today and considered a deep ocean averaging 310 meters, a shallow layer of water averaging 10 meters and a small amount of water locked in the soil. For comparison, they also included a scenario with Earth’s topography and a 310 – meter ocean and, finally, a world completely covered by an ocean of 158 meters depth.

To simulate theenvironmental conditionsat 4.2 billion years ago, 715 million years ago and today, the researchers adapted a 3-D general circulation model to account for the increase insolar radiationas our Sun has warmed up over its lifetime, as well as for changing atmospheric compositions.

Although many researchers believe that Venus is beyond the inner boundary of our Solar System’shabitable zoneand is too close to the Sun to support liquid water, the new study suggests that this might not be the case.

“Venus currently has almost twice the solar radiation that we have at Earth. However, in all the scenarios we have modeled, we have found that Venus could still support surface temperatures amenable for liquid water, “said Way.

At 4.2 billion years ago, soon after its formation, Venus would have completed a period of rapid cooling and its atmosphere would have been dominated by carbon-dioxide. If the planet evolved in an Earth-like way over the next 3 billion years, the carbon dioxide would have been drawn down by silicate rocks and locked into the surface. By the second epoch modeled at 715 million years ago, the atmosphere would likely have been dominated by nitrogen with trace amounts of carbon dioxide and methane — similar to the Earth’s today — and these conditions could have remained stable up until present times.

The cause of the outgassing that led to the dramatic transformation of Venus is a mystery, although probably linked to the planet’s volcanic activity. One possibility is that large amounts of magma bubbled up, releasing carbon dioxide from molten rocks into the atmosphere. The magma solidified before reaching the surface and this created a barrier that meant that the gas could not be reabsorbed. The presence of large amounts ofcarbon dioxidetriggered a runaway greenhouse effect, which has resulted in the scorching 462 degree average temperatures found on Venus today.

“Something happened on Venus where a huge amount of gas was released into the atmosphere and couldn’t be re-absorbed by the rocks. On Earth we have some examples of large-scale outgassing, for instance the creation of the Siberian Traps 500 million years ago which is linked to a mass extinction, but nothing on this scale. It completely transformed Venus, “said Way.

There are still two major unknowns that need to be addressed before the question of whether Venus might have been habitable can be fully answered. The first relates to how quickly Venus cooled initially and whether it was able to condense liquidwateron its surface in the first place. The second unknown is whether the global resurfacing event was a single event or simply the latest in a series of events going back billions of years in Venus’s history.

“We need more missions to study Venus and get a more detailed understanding of its history and evolution,” said Way. “However, our models show that there is a real possibility that Venus could have been habitable and radically different from the Venus we see today. This opens up all kinds of implications for exoplanets found in what is called the ‘Venus Zone’, which may in fact hostliquid waterand temperate climates. ”

Provided by The Europlanet Society 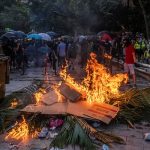