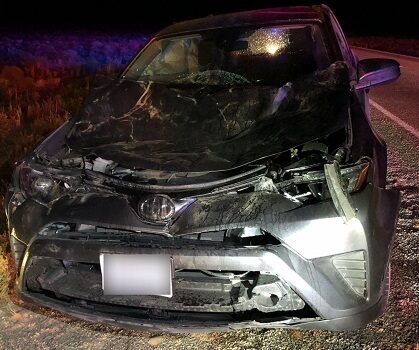 HIKO, Nev. –This was not the close encounter people had in mind when it came to “Storm Area 51“this weekend.

NevadaState Route 375, otherwise known as the ” Extraterrestrial Highway, “snakes along the area just north of the land whereArea 51is located. The lone two-lane roadhas been expected to see a crushof (alien- obsessed visitors over the next several days due to “Storm Area 51 “and related festivals that have cropped up.

‘STORM AREA 51 ‘: STRANGE TIMES OUT ON THE ‘EXTRATERRESTRIAL HIGHWAY’

Other than small clusters of civilization, the roadway between Rachel and Tonopah snakes through valley areas dotted with Joshua trees before climbing over hills that give a glimpse of faint dirt roads in the distance.

The crash happened late Friday between the towns of Rachel and Hiko, about 116 miles north ofLas Vegas.

“SR 375 is all open range, adhere to the posted speed limit, slower speeds are suggested during the overnight hours, “the agencysaid on Twitter. “Wildlife is not used to this high volume of traffic, please use caution.”

A photo posted by the agency showed the front of the vehicle smashed by the impact.

While no human injuries were reported, state patroldisclosedthe cow died in the crash.

Other than the crash, authorities keeping watch over thousands of people who have shown up in the Nevada desert by a “Storm Area 51 “said Saturday mornings there have been no serious overnight incidents.

About 20 people broke from among revelers and the curious at the Rachel gate and rushed forward, but stopped short.

On Friday, officials said the number of peopleapproaching base checkpointsnear the tiny desert towns of Hiko and Rachel in recent days has topped 1, 000.

One person was arrested overnight for disorderly conduct at the music, speakers, movies and camping event and in Hiko, according to the sheriff. 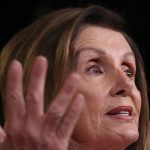 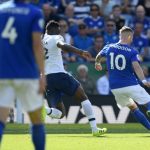