With the Dow crashing another 2, points on Thursday , CNBC’s Jim Cramer officially lost his mind on national TV by urging government to slash all taxes and airdrop trillions of dollars onto the populace.

Apparently, this is the only sensible way to fight the pandemic-fueled panic currently gripping Wall Street and Main Street.

Jim Cramer: This is a DIFFERENT TIME

Cramer’s epic rant started on the right foot when he said Washington knows nothing about the true impact of coronavirus and that “there are no signs anyone in government understands [the] p roblem. ”

But that was the point of departure from keen observation to lunatic rant:

Are we going to sit here and let so many companies go bankrupt because of an illness? I think that is stupid. This is the time for radical action and the action can be done by the federal government.

The only way to work smoothly is to take advantage of what the rates are and for the federal government to borrow as much as possible and give it to us. This can be returned after we get healthy.

ZeroHedge was able to Stomach the whole rant (I stopped at “they know nothing”). Apparently, Cramer recommended that “companies tap their credit revolvers and that there should be no stigma attached to it when they do so.”

Cramer’s suggestions are so asinine that it’s hard to even know where to begin. 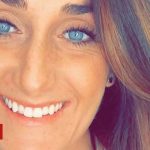 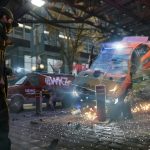