The Maltese prime minister’s chief of staff, who resigned this week, spent Tuesday night in police custody being questioned in relation to the murder of the investigative journalist Daphne Caruana Galizia.

Keith Schembri, a businessman who has run the office of the prime minister, Joseph Muscat, since the Malta Labor party came to power in 2013, was arrested on Tuesday, police sources confirmed.

It is understood he is being questioned about allegations made by the businessman Yorgen Fenech, who was arrested last week after trying to leave Malta onboard his yacht, that he was a co-conspirator in the murder of Caruana Galizia.

Fenech, who is himself under suspicion for his involvement in the killing, is understood to have provided evidence that implicates Schembri in the hope of receiving a presidential pardon for helping secure the conviction.

Caruana Galizia’s family said they were seeking an urgent meeting with the attorney general, Peter Grech, in an effort to prevent Fenech from being granted a pardon. “We urgently want to clarify the situation,” the family confirmed.

An official in the attorney general’s office said he would meet the family to discuss their concerns.

Schembri’s lawyer, Edward Gatt , did not respond to a request for comment. Malta police have made no statement.

The revelation will add to the pressure on Muscat to step down. The prime minister lost a key ally Wednesday, when the influential newspaper Malta Today withdrew its support. The paper’s co-owner was known to be close to Muscat.

“Joseph Muscat’s moral authority has been compromised to the point of no return,” the paper’s executive editor wrote in ascathing editorial. “The stage is set for Muscat’s exit.”

Muscat is reportedly planning to address a Labor party rally on Sunday. But his education minister undermined the show of support by warning against raising the political temperature.

In a Facebook post on Wednesday,Evarist Bartolosaid this was not the time for “hot heads and spreading hatred and violence”. He added: “Protests are essential in a democracy, but they have to be civil and democratic because it is easy to spark the crowd, but then how to put out the fire?”

The opposition Nationalist party has cancelled an event that was being planned for Sunday following criticism that it could also inflame the situation. Caruana Galizia’s family have urged supporters to attend demonstrations organized by campaign groups and avoid party political events.

“DO NOT go to any rallies organized by party leaders,” her son Matthew Caruana Galiziawrote on Facebook. “This is not a time for tribal politics. Joseph Muscat wants us to go to war against each other. Our war is against corruption. ”

Schembri was arrested after tendering his resignation on Monday night, following a long meeting at Muscat’s home.

For nearly four years, Schembri has been at the center of a political scandal triggered by Caruana Galizia’s investigations. Using a leak of offshore information known asthe Panama Papers, she reported that Schembri and fellow minister Konrad Mizzi became the beneficiaries of secretive offshore companies soon after entering office.

Subsequent investigations uncovered that those companies were due to receive payments from another shell company, belonging to Fenech. The businessman was granted a valuable concession by the government to run a power station, while Mizzi was energy minister.

Mizzi resigned Tuesday saying he was guilty of poor judgment but innocent of any criminal conduct. Schembri has previously denied all allegations of wrongdoing. 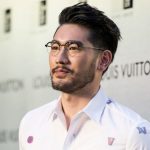