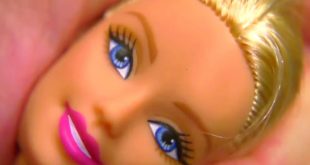 David Lynch’s TV commercials are even weirder than his films, Hacker News 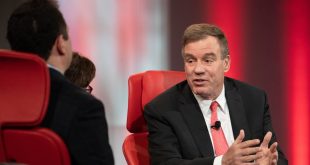 
ADELAIDE: David Warner walked off theAdelaide Ovalwith his bat held aloft in one hand and his helmet in the other in the formation of a big V. Mark Taylor and tens of thousands of fans stood and applauded his unbeaten 335 against Pakistan.

Warner, who missed the last southern summer while serving a 12 – month ban and entered the series against Pakistan after a poor Ashes return in England, beat the great Donald Bradman’s record of 299 – set against South Africa in 1931 – 32 – for the highest Test score at the Adelaide Oval.

Then he overhauled Bradman’s highest Test score of 334 with a single before Australia captainTim Painedeclared Australia’s innings at 589 – 3 on Saturday to give his bowlers a chance to get wickets before the main interval on day two of the match.

Warner’s score is tenth-highest ever in Test cricket and second only toMatthew Hayden, who scored 380 against Zimbabwe in 2003, among Australian batsmen.

That was a position previously shared by Bradman and Taylor, who retired on 334 against Pakistan at Peshawar in 1998 out of respect for the Australian great.

Taylor was in a broadcasting commentary box on Saturday when Warner surpassed his record. Bradman died in 2001 but his legacy lives on at his long-time home ground, with a stand named in his honor at the Adelaide Oval.

Warner walked through a guard of honor his teammates formed on the boundary as he went back to the dressing rooms for a well-deserved break.

Warner’s innings lasted 418 balls and contained 39 fours and one six – which he whacked on 302 to surpass Pakistan skipper ‘Azhar Ali‘ s record for the biggest innings in a day-night Test.

The 33 – year-old left-hander was widely considered the architect of a clumsy plan to tamper with the match ball in a Test match in Cape Town against South Africa in March of last year . The episode made Warner one of the biggest outcasts in Australian sport. His fellow opener Cameron Bancroft was caught by TV cameras rubbing the surface of the ball with sandpaper, and got a nine-month ban.Steve Smithwas banned for 12 months for not doing enough to foil the tampering plot.

Warner returned in good one-day format at the Cricket World Cup in England, where he and Smith were constantly booed by the crowds until Australia lost in the semifinals.

But he only scored 95 runs in 10 innings in the subsequent Ashes series in August and September – 61 and 11 were his only scores in double-digits – casting doubt over his status as Australia’s premier opener .

Then he opened the series against Pakistan with 154 in Australia’s victory by an innings and five runs atthe Gabba.

Cricket Australia chief executive Kevin Roberts acknowledged in a radio interview before play on Saturday that there’d be people who can’t forgive Warner for bringing the national team into disrepute.

“But,” he told SEN radio, “hopefully there is a level of human respect for what he is doing and what is trying to contribute to his team and to the game.”

Roberts said he understood there were people who told him Warner “is not their cup of tea.”

“Dave is a street fighter , “Roberts said. “And we get the best of that and, at times, you get the shadow side of that because like the rest of us he is human.

Previous Out of bounds: Why basketball players believe they weren’t last to touch ball, Hacker News
Next Experts weigh in – Will Tony Ferguson be the one to end Khabib Nurmagomedov's unbeaten streak? – ESPN, Espn.com