Let me start by saying I’m a man of science. Climate change is real, and corporations should be held responsible. Vaccinate your children (and pets!). Mayo helps achieve great browning for your grilled cheeses. I’m not anti-analytics. And I’m not even anti – load management. And yet for the life of me, I could not understand why in the world in the middle of the fourth quarter of Zion Williamson’s debut NBA game , after a stretch in which he scored points in 700 seconds, the Pelicans — who are chasing a playoff spot! —had to plant him on the bench for the rest of the night (they lost to the spurs – 700. This is an NBA crisis!

In my admittedly very simple and shockingly underdeveloped mind, you’re either ready to play in an NBA game or not. What’s the point of practicing, doing all your off-court work and training, and rehabbing if your team won’t actually, you know, let you play when you get back? What would have happened if Zion had played an extra five minutes last night? Would his knees have spontaneously turned to dust? I’m sure someone has interviewed someone who has researched the number of minutes NBA players should be playing when they come back from an injury and blah blah blah. But that means nothing to me in an individual game! In regard to the Pelicans and Zion, if he’s healthy enough to be on the court, why can’t’t he keep playing once he starts playing well ?! What is the magical threshold he has to hit before he can play his normal number of minutes? 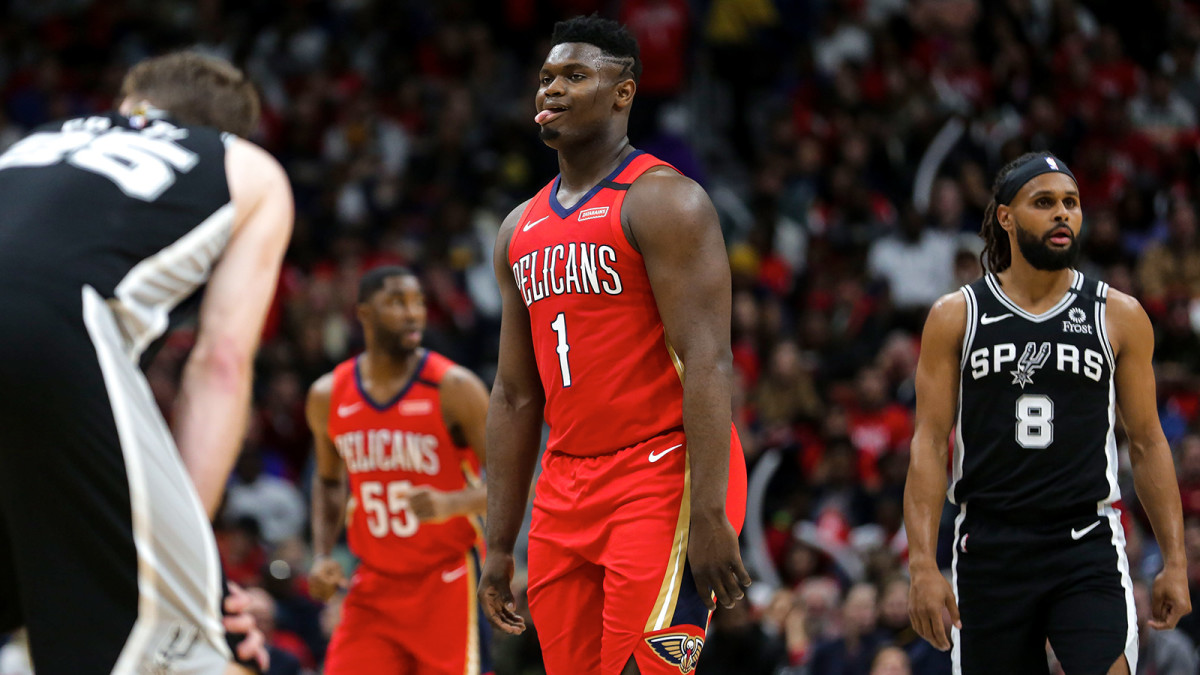