Delhi Chief Minister Arvind Kejriwal, who is struggling to deal with rising air pollution levels in the national capital, today described the city as a “gas chamber” while distributing breathing masks to school children. In strongly-worded posts on social media, Mr Kejriwal also blamed the governments of neighbor states – Haryana and Punjab – for “forcing farmers to burn stubble” that he said had led to the problem in Delhi.

“Delhi has turned into a gas chamber due to smoke from crop burning in neighbor states.It is very important that we protect ourselves from this toxic air. Through pvt & govt schools, we have started distributing 50 lakh masks today. all Delhiites to use them whenever needed, “Mr Kejriwal wrote on Twitter.

The Delhi government has purchased 50 Lakh N 95 masks to be given to children in private and government schools.

It is very imp that we protect ourselves from this toxic air. Through pvt & govt schools, we have started distributing 50 lakh masks today

I urge all Delhiites to use them whenever neededpic.twitter.com/MYwRz9euaq

“The Khattar and Captain governments are forcing farmers to burn stubble , which is causing severe pollution in Delhi. Yesterday, people protested at Punjab and Haryana Bhavan and expressed their anger against governments there, “he added in Hindi.

” People are facing difficulty in breathing and to provide relief , we’re distributing 2 masks to each student in private & govt schools, “the AAP chief said.

On Tuesday Mr Kejriwal had appealed” with folded hands “to Punjab and Haryana to take concrete steps against stubble burning.

Delhi CM: Pollution level has det eriorated in Delhi due to smoke from stubble burning in adjoining states, whose number has doubled this year. People are facing difficulty in breathing, & to provide relief, we’re distributing 2 masks to each student in private & govt schools.https://t.co/A5Em3t0vd2pic.twitter.com/zXEqQoWZvU

Air quality in Delhi has plummeted post-Diwali, which Chief Minister Kejriwal said was the “lowest in five years“. According to the System of Air Quality and Weather Forecasting and Research (SAFAR), the Air Quality Index (AQI) recorded 412 this morning, which falls in the “very severe” category.

“Smoke from crop fires have affected us earlier this time … we can’t help crop fires from neighboring areas. (We have) adequate quantity of masks. .. we shall begin distributing them. We are working hard to curb pollution, “Mr Kejriwal told reporters on Wednesday.

On the same day Captain Amarinder Singh, the Chief Minister of Punjab ,hit back at the “brazen lies” of Mr Kejriwaland his Aam Aadmi Party (AAP).

Describing Mr Kejriwal as a “liar”, the Punjab Chief Minister accused him of resorting to “political gimmickry” after failing to address the pollution problem in Delhi over the past five years.

For its part, the center has provided between 50 and 80 per cent subsidy to farmers to purchase essential technology and machinery to help convert waste agricultural matter like straw into fertilizer instead of burning it and adding to the pollution.

However, farmers say that despite the subsidies the machinery is very expensive.

“It ourcompulsion to burn the stubblein our field (since) the machinery provided by the government is very expensive and we cannot afford it, “Harjit Singh, a farmer in Punjab, told NDTV.

Experts say stubble burning is one of the biggest reasons for the haze that has enveloped Delhi in the past week.

With input from ANI, PTI

GetBreaking news, live coverage, and LatestNewsfrom India and around the world on NDTV .com. Catch all the Live TV action on NDTV 24 x7 andNDTV India. Like us onFacebookor follow us onTwitterandInstagramforlatest newsandlive newsupdates. 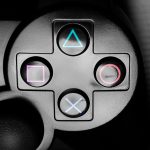 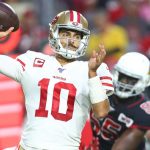