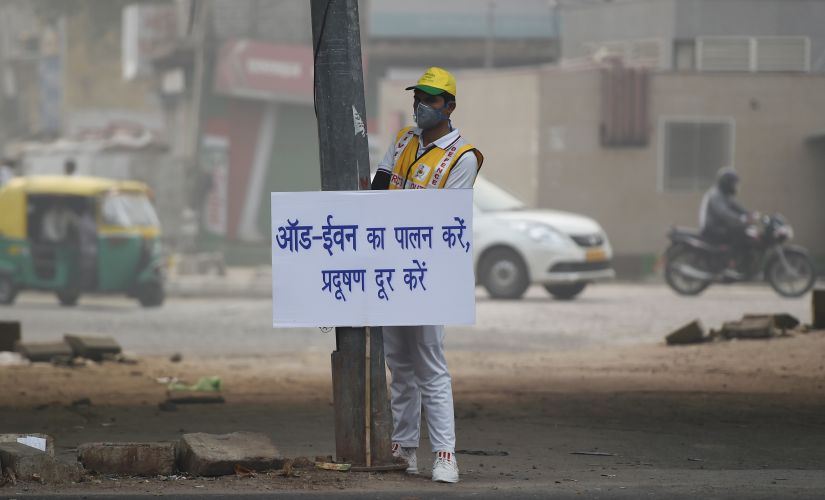 Delhi Air Pollution LATEST Updates:The Supreme Court also instructed that a high powered committee of states shall meet on Monday and submit a report by Wednesday. The next hearing will take place on 6 November, reportedANI.

The Supreme Court on Monday banned construction and demolition activities in the Delhi-NCR region as the increasing levels of pollution have choked the National Capital area for more than a week. Garbage burning will attract a fine of Rs 1 lakh and while Rs 5, 000 will be fined for garbage dumping in Delhi-NCR.

The Supreme Court, taking cognizance of the increasing pollution in the Delhi-NCR region, banned construction and demolition activities in the area until further orders. A bench headed by Justice Arun Mishra also said that government officials would be hel personally accountable in case violation of the order. “Let all the industries which aren’t necessary remain shut for the time being,” the bench was quoted as saying byNews 18.

Justice Mishra asks the counsel for Delhi what has the Arvind Kejriwal government achieved from the Odd and Even scheme. “Diesel consumption is less and there is less pollution in Delhi. People will share vehicles,” counsel tells the court. Justice Mishra to Delhi counsel, “What will you achieve? You are stopping private cars, but autos and taxis can ply … they will ply more and pollute equally. It would make sense of you were saying cars versus buses. single-person-use vehicles against mass-use vehicles. ” Justice Gupta adds to the argument and says, “You (Delhi) have only added some 100 buses to public transport. People don’t even want to use Metros. The Metro to the Airport runs empty most of the time.

“Farmers cannot kill others for their own livelihood. We have no sympathy for farmers if they keep burning crop,” observes Justice Mishra after EPCA chief Bhure Lal tells Supreme Court that all Chief secretaries should be held responsible.

Responding to the ministry of environment and forest in Supreme Court, ASG ANS Nadkarni informed the court that the fires “have been extinguished. The next step is to patrol the situation to ensure no more fires take place.” The joint secretary, MoEF said, “Informers will be given awards if they report instances of fire.” “Can this be left on informers,” asked Justice Mishra. The judge further asked the secretary whether cloud seeding will help tackle the situation. “The meteorological department is the concerned department,” the court was told.

The Supreme Court resumes hearing Delhi pollution. The Joint Secretary in the Ministry of Environment and Forest (MoEF) appears before the Supreme Court. Court asks for the immediate steps that can be taken and the roadmap to tackle air pollution in National Capital. The joint secretary says, “Stubble burning which contributes to the particulate matter needs to be stopped immediately. All steps indicated in case of severe plus pollution need to be taken. This includes stopping all construction activity, stopping crop burning in Punjab and Haryana. feed of active fires is sent to relevant and concerned authorities and magistrates asked to take steps. “

Supreme Court adjourns the hearing on Delhi air pollution for half an hour. An environment expert from IIT Delhi and a representative from the concerned Ministry told to appear before the court in half an hour on the issue of immediate steps that can be taken to mitigate the toxic air in the National Capital,Bar and Benchreports.

Supreme Court has taken up the issue of pollution in the National Capital and other parts of North India. Justice Arun Mishra, while observing that this is “no way to live”, also noted that the state machinery is also not functioning properly. “There is passing of buck … Delhi should do or Center should do. And now, see pollution levels.”

“Delhi is choking every year and we are not able to do anything. Every year this is happening for 10 – 15 day, “said Justice Mishra. The hearing is underway.

BJP MP Vijay Goel got called out on social media for violating the Odd-Even scheme. Twitterati slammed Goel and said that while there is no concrete reason to believe that the scheme will help pollution in city, defying odd-even rules was worse. One user said it was not right to violate the norms especially when Delhi citizens are supporting it.

Delhi Traffic Police stops BJP leader Vijay Goel’s car as he was driving an odd-numbered car in protest against Delhi government odd-even scheme. Police fine a traffic challan of Rs 4, 000 for defying law. The BJP had left from his house in an odd-numbered car in protest against odd-even scheme. Goel says, “This scheme is just a gimmick, they (Delhi govenrment) themselves say pollution is due to stubble burning, then how does this scheme help? I am ready to pay the fine for violation” He also added that his protest is against the Arvind Kejriwal-led government.

The odd-even scheme in Delhi kicked in from 8am today as pollution levels peaked to a three-year high in the National Capital and a thick smog enveloped the city, prompting hundreds of distraught people to say they wanted to leave the city ​​due to poor air quality. On Monday, the Air Quality Index (AQI) showed major pollutants PM 2.5 and PM 10 were both at 500 – in the ‘severe’ category.

According to the Central Pollution Control Board (CPCB), the National Capital’s 24 – hour average air quality index (AQI) stood at 494 at 4pm on Sunday, the highest since November 6, 2016, when it was 497.

Amid a sharp dip in air quality in Delhi and surrounding regions, the odd-even vehicle rationing scheme is set to come into effect in the national capital from Monday.

The scheme applies to private cars and will be applicable from 4 to 15 November from 8 am to 8 pm. The rule will not be enforced on Sundays. Cars with numbers ending in an odd digit are allowed to ply on odd dates of the month and those with even digits ply on even dates. 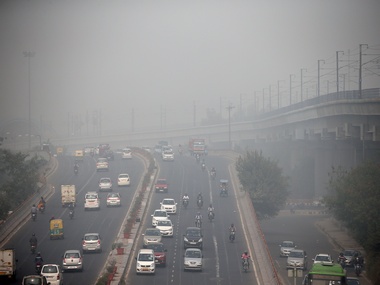 The scheme, introduced to combat the spike in air pollution, will be implemented for the third time in Delhi, after January and April 2016.

Two wheelers, vehicles carrying children in school uniform, people with disabilities, women driving alone, with other women or with children younger than 12 years and people traveling due to a medical emergency.

Commercial vehicles, including buses and cabs, running on CNG are exempted from the scheme. However, private CNG vehicles will not be exempted.

Among the VIPs exempted are the vehicles of the President, Vice-President, Prime Minister, the Chief Justice of India, Speakers of the Lok Sabha, Union ministers, leaders of the Opposition of both the Houses, state governors, Supreme Court judges, judges of High Court, chairman of the UPSC, Chief Election Commissioners, the CAG, deputy chairman of Rajya Sabha and deputy speaker of Lok Sabha, the Lieutenant-General of Delhi, and members of the Lokayukta.

Vehicles of Defense and Enforcement authorities will also be exempt.

The fine for violating the scheme will be Rs 4, 000. It has been increased this time as compared to the previous editions of the odd-even rule, when the penalty was Rs 2, 000.

According toPTI,departments like municipal corporations of Delhi, transport, directorate of education, higher education, irrigation and flood control, state election commission, information and publicity, excise and urban development will start at 10. 30 AM.

Both Ola and Uber have said they will not impose surge pricing on customers in the scheme’s duration.

Auto rickshaw drivers are being asked to go by the meter prices when odd-even scheme will be rolled out, said Delhi chief minister Arvind Kejriwal.

Delhi Metro Rail Corporation (DMRC) will conduct 61 additional trips and a total of 5, 100 trips through 294 trains, and will display electronic messages on the odd-even scheme at various metro stations. “To ensure the smooth functioning of all the metro lines and trains, 35 teams will be deployed at all the major metro stations, ”a DMRC statement said.

The Signature Bridge, which connects Wazirabad to East Delhi, will remain closed from November 5 to 14 when the odd-even scheme will be rolled out, according toLivemint. 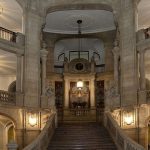