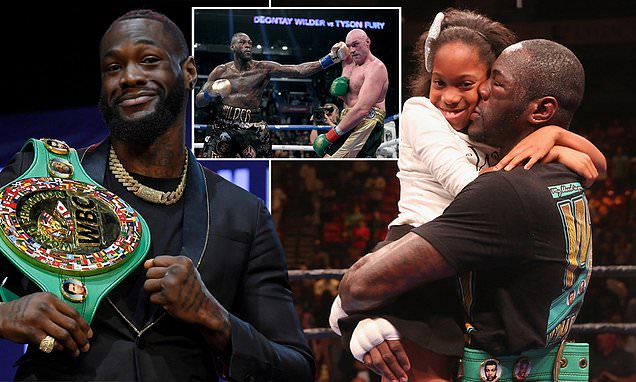 The most significant moment in the life of Deontay Wilder had nothing to do with boxing or becoming heavyweight champion of the world, rightly proud though he is of that accomplishment .

It came when he was called upon to make a deeply personal and profoundly agonizing choice as a poor teenager who was about to become a father. Wilder and his then-girlfriend Helen Duncan were told that his first child would be born with spina bifida.

‘It had been scary first off to know I had a child on the way,’ he says. ‘It was even scarier that this tiny being would be coming into the world with a defect. I was so young, holding my whole world in my hands. Suddenly I was facing this huge responsibility for a life which would need my enormous care and attention.

‘They offered us the opportunity to terminate. This was the most important decision of my life. To keep her or not to keep her. Thank God I got it right. We just felt she had a right to live. ‘

Vindication has come with every improving day of Naieya’s life and her 6ft 7in 34 – year-old dad, whose business is knocking out all the other giants of the prize-ring, is glowing with love and delight as his daughter approaches her th birthday, on March .

‘Doctors can do all that studying and acquire all that knowledge,’ says Wilder. ‘But what they cannot account for is a miracle, the miracle that is our Naieya. She’s not just walking, she’s running. She’s not only going to school, she’s one of the smartest girls in her class. So clever, so intelligent.

Naieya, 20, has defied the prognosis of doctors and is flourishing academically and in sport

‘The experience with her matured me early. Seeing her overcome adversity so many times inspired me to do the same.

‘Even before she was born, she taught me the importance of always making the right decisions.

‘She’s such a bright spark lighting up my life, as are all my children with their different characters and personalities. I love them all. ‘ All eight of them. By four different mothers, including the latest addition with Telli Swift, the fiancée soon to become his second wife.

We are talking in a cubby-hole of a room in a corner of his dilapidated gym, which occupies two of a few mostly deserted lock-up storage units tucked away in a small clearing in woods on the edge of Tuscaloosa. Rain is hammering on the tin roof and old buckets are catching the drips around the ring.

It is where Wilder escapes family life and trains to be the Bronze Bomber. He will be happy if he finishes the job of knocking out Tyson Fury, who he floored twice in their drawn first fight 14 months ago.

He explains: ‘Yes, I want to prove that I’m the best heavyweight of this generation.

‘Perhaps the best ever because when I knock out Tyson it will be in my 11 th straight world heavyweight title fight, which is closing in on Muhammad Ali’s record. This is now the biggest fight of my life. ‘

But talk quickly returns to his family.

‘My best days of all are when I have all the kids at home with me. Sometimes with all their mothers. Even a couple of my mothers-in-law. I love them, too. I have a big, beautiful family. ‘

Preparation for a large family came from being the eldest of eight siblings. As did the aspiration for greatness.

He recalls: ‘The house was always full. Some nights when everyone was at home and two of my sisters brought their kids, there was no bed for me and I had to sleep outside in the back of our old car. As the oldest I got to do the majority of the chores, as well as look after the others. ‘

The – year-old has remained in his hometown of Tuscaloosa, Alabama throughout his career

Tuscaloosa is home to the University of Alabama, whose fabled college champions football team, the Crimson Tide, Wilder dreamed of playing for. Poor high school grades partly put paid to that ambition and he had to go to a tough community college ‘where they made fun of my old hand-me-down clothes and wornout shoes, so I turned to boxing’.

There was also the more pressing need to boost the family income. ‘We were always struggling to make ends meet,’ he says. ‘Living from pay check to pay check. So I got a job as a server at the local IHOP. ‘

That is short for the International House Of Pancakes fast food chain and Wilder adds:’ I used to make pretty good tips. I always kept my station spotless.

‘At first people thought I must be a basketball or football player and talked to me about sports. Then they wouldn’t sit at any tables but mine and they would tell me very personal things about their lives.

‘For some reason they clung to me. It became like having another large family. I got my social skills from my mother. She loved talking to people and, like her, I’m happy to meet people. I don’t think I’m better than anyone because I’m the world champion and I’ve got millions in the bank. I’m a people person and I won’t let anyone take real life away from me. No-one. ‘

Certainly not the racists against whom Wilder, like virtually all African-Americans here in the Deep South, is still fighting.

‘The struggle continues,’ says Wilder. ‘It’s still as alive, still as real as back in the day of the’ Million Man March ‘.

‘It’s appalling that it’s more out in the open now. What used to go on in the dark now goes on in the light. We can see videos of racist remarks and acts yet, even though the proof is plain as day, those people don’t get found guilty.

‘I’m black and famous so I use my platform to put things out there. When those moments come I give it my all. I’ve not changed down the years because of my success. Same walk. Same talk. Some people may not like it but they gotta respect it.

‘Other people don’t know what black people have to go through. They don’t have to live with hatred every day. They don’t see the eyes of prejudice staring them in the face. Like they say, walk in my shoes. Then you might understand what I’ve been through. What it feels like to be called a certain word or to witness police brutality.

Tuscaloosa is where the first black girl to be admitted to a segregated southern university, Autherine Lucy, was denied entrance until US marshals famously forced Alabama governor George Wallace to step aside from barring the main door. Now it is Wilder’s refuge from such dark realities – there is a sign on his gym wall which reads ‘Sweet Home Alabama’.

‘I love this place,’ he explains. ‘Everyone talks about how they like to come home. But it’s all the more beautiful when you are coming to the place that’s always been your home. To where you were born. ‘

Which brings him back to Fury, who has suddenly changed his trainer from the defense-orientated Ben Davison to the great Emanuel Steward’s attack-minded nephew Javan’ SugarHill ‘Steward.

To which Wilder says: ‘I would no more change my trainer (Jay Deas) than I would change where I live.

‘Why would I want to move to New York, Los Angeles or Miami when this is where I have tranquility?

‘ I’m a home boy. I like being surrounded by family but I also like being home alone sometimes. To meditate. To train my brain to solve problems, which is as important for me as training my body. ‘

That remarkably slender body for a heavyweight which enables him to throw those knockout punches at irresistible speed.

Fury insists he is going for a second- round knockout next Saturday in Las Vegas for fear that he might be robbed, as he sees it, for a second time.

That draw, achieved by him somehow rising semi-conscious from a last round flattening, enabled Wilder to keep his WBC title.

He says:’ If Tyson comes out charging at me, he really is crazy. People say I can’t box on the back foot but the majority of my knockouts have been inflicted when I’ve been on the back foot. ‘

The build-up has been more respectful thus far and Wilder says: ‘So it should be. We’ve shared our energy in the ring and Tyson has felt the wrath of my power.

‘The myth of that power is always in the back of the minds of all my foes. They are always wondering, “When he hits me, what’s going to happen to me?”

‘If I’d been knocked unconscious the way I knocked Tyson unconscious in our first fight, it sure would be on my mind. I know it’s on his mind and his family’s mind.

‘I’ve seen videos of them saying they don’t want him to do this again. Just because you don’t see people it doesn’t mean we’re not watching. We’ve got our spies all over the world. My CIA. Even the birds talk. ‘

Wilder talks a lot about energy but he saves it for his big fights inside the ring and against racial abuse outside.

Talk of the third man in the world heavyweight championship equation, Anthony Joshua, is banned in this camp because Wilder is convinced the Brit will never risk fighting him.

Still, I press him to condense his thoughts of Joshua into one word.

He says: ‘Coward.’ And a word for Fury, please. He pauses, gives me a copy of a signed children’s comic book about his life, then smiles as he says: ‘Amen.’ 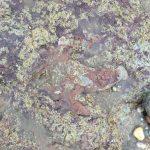 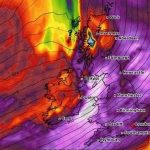