Devendra Fadnavis gets down to work, his first sign of 2nd term is on a check – Hindustan Times, Hindustantimes.com 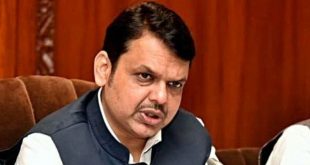 MUMBAI: The “Mahayuti” ofMaharashtral ay in tatters on Friday with BJP andShiv Senalashing out at each other immediately afterDevendra Fadnavistendered his resignation as chief minister to governor BS Koshyari and was asked to continue as caretaker until alternative arrangements were in place.
While Fadnavis said his party had never agreed to share the CM’s post with the Sena and would not tolerate the kind of criticism the Sena had heaped upon PM Modi, Uddhav accused the BJP of “lying” and regretted that he had allied “with the wrong people ”.
Despite the apparent breakdown, however, both leaders refrained from announcing the end of the saffron alliance, fuelling speculation on whether they wanted to avoid the blame for snapping ties or were simply keeping the door open for renegotiation once tempers have calmed.
With the term of the previous assembly ending on Saturday, the governor, constitutional experts said, is expected to speed up the process of government formation by calling the largest party, followed by the second-largest party and so on until he is satisfied a government could be in place. If he isn’t, the state may be in for a spell of President’s rule, the experts said.
Fadnavis said on Friday that he was confident the next government would be led by BJP. Dismissing allegations made by some Congress leaders that BJP was indulging in “horse-trading”, he said they should prove it or apologize. He reiterated that BJP had not, in his presence, agreed to equal sharing of all posts, including the CM’s post, with Sena.
He said he had later checked with BJP chiefAmit Shah, who too said no such promise had been made. He said he had called Uddhav several times but he hadn’t taken the calls and instead stopped all talks. Fadnavis emphasized that Sena’s vitriolic attacks on Prime Minister Modi were unacceptable to BJP. On the other hand, the Sena president said he could not break bread with “liars” and more than once referred to “Shah and company”, who he said had not kept their word.
However, Thackeray said he had high regard for RSS. On forming the next government, he said, “Let BJP stake claim. Then we will think of forming the new government (if BJP fails to pass the majority test). ”Asked if Sena would seek NCP-Congress’s backing to get the CM’s post for Sena, he said“ all the options ”were open. There is still talk that BJP-Sena may pick up the thread and try to put life back into the “yuti” once the dust settles.
However, much bitterness has crept into the partnership and the question is whether both sides can overlook and overcome that, sources said.