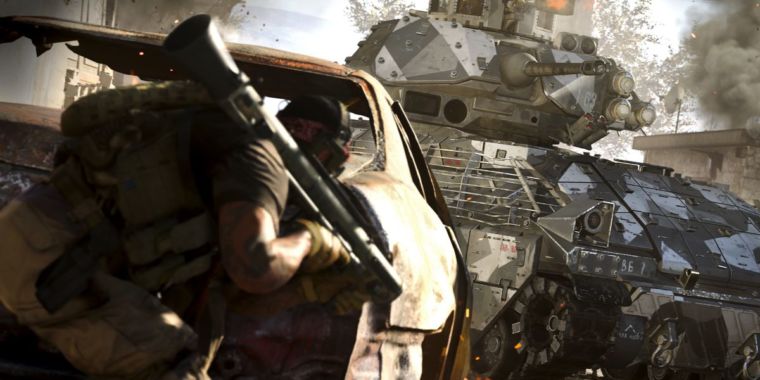 Infinity Ward still tinkering with ideas, including an enemy-free mini-map.

After years of annualized releases, you might think the basic elements ofCall of Duty– like the user interface and heads-up display — would be pretty standardized by now. But this weekend’s PS4 beta test for the newCall of Duty: Modern Warfarehas been generating controversy thanks to its off-again, on-again, changed-again relationship with the mini-map .

Activision announcedback in AugustthatModern Warfarewould be the first game in the franchise since 2007 ‘s originalModern Warfareto get rid of the mini-map in multiplayer. It was a bid to add more “realism” to the game, and the game’s beta test this weekend was most players’ first chance to see how that change affected the multiplayer showdowns. Without a mini-map to give players quick situational awareness, many pros found the newModern Warfarefelt too slow and cautious.

“No Minimap inCall Of Duty=Everyone on the map playing turtle , “FaZe ClanCoDpro Austin “Pamaj” Pamajewontweetedabout the move. “We need Minimap. Ain’t the same.” Matthew ‘Skrapz’ Marshall echoed the same sentimentin a short video rant(NSFW audio): “What is this? 98% of my gameplay is the fucking minimap! I can’t even play pubs! CoD needs it bro. Bad idea. “

Those thoughts just scratch the surface of the immediate pushback.An informal pollof Trevor “TmarTn” Martin’s Twitter followers found 76 percent wanted the mini-map back after over 25, 000 votes.

The reaction didn’t go unnoticed. “Let’s talk about minimap. We hear you loud and clear,” Infinity Ward Senior Communications Manager Ashton Williamswrote on RedditThursday, after the start of the Early Access beta. “Along with your feedback and the data we’re continuously collecting, we’ll be experimenting internally with a few different options and will keep you updated if we make any changes that you might see during the Beta.”

That wasn’t just idle chatter, either. By Saturday, the mini-maphad been turned back on, but with a slight twist in that it did “not display enemy fire.” That’s not a small change, either: the telltale red dots that show on a mini-map whenever an opponent shoots a non-silenced gun have been key to planning tactics and positioning in a fast-paced firefight. For Monday, the last day of the open beta, the developers went a step further in the UI tweaking and “[turned] off outlines that exist on your teammates within the world.”

“We’re still looking at different ways to work with the minimap, team outlines, and the compass,” WilliamstweetedFriday evening, before the revised mini-map relaunched. “Let’s see how tomorrow goes and rest of the beta for weekend two.”

“We’ve been reading through your comments not only about the map itself, but also the compass and other UI elements on screen, “Williamsadded on Reddit Sunday, after the revised mini-map was live. “Reading your feedback has brought up some very insightful conversations here at the studio, so again, thank you.”

While many online beta tests simply serve as a glorified demo for a nearly finished game, this is the kind of base level gameplay tinkering that the concept was really designed for. It will be interesting to see how Infinity Ward synthesizes all the data and feedback from this A / B testing forModern Warfare‘s launch October 25. 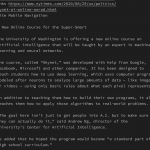