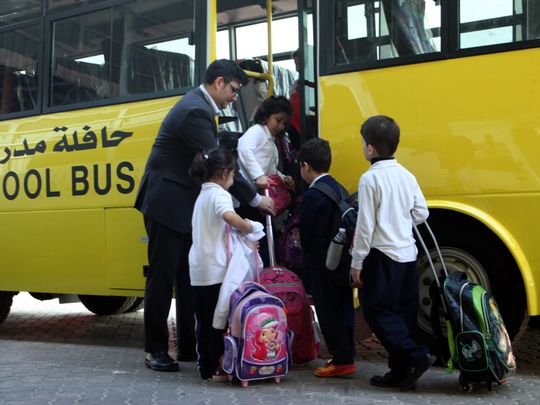 Abu Dhabi: Abu Dhabi Police on Saturday called on motorists to stop when they see the stop sign display on the side of school buses.

The Abu Dhabi Police announced the reminder as part of their ‘Be Road Safe Campaign’, which they made public across their social media platforms.

Under current traffic violations, motorists who fail to stop for school buses when their stop signs are displayed will face a fine of Dh1,000 and 10 black points.

In September of last year Abu Dhabi Police also said that all school buses would have cameras installed to catch drivers who ignore their stop signs.

According to the Abu Dhabi Police, a total of 3,664 drivers were fined in Abu Dhabi during the 2018-2019 school year for failing to heed school bus stop signs.

School bus drivers also face a fine of Dh500 and six black points if they don’t display the stop signs.