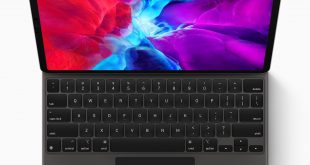 ANAHEIM, Calif. — This year BlizzCon was a big one in many ways, but among them was the presence of playable demos forDiablo 4,World of Warcraft: Shadowlands, andOverwatch 2. I attended the show this year and played all three.

While there was some tension in the media coverage and social conversation around this BlizzCon after the company’s decision to temporarily suspend a proHearthstoneplayer for making a political statement during an official stream, it was not the dominant mood on the ground. From the keynote through the community events, it was clear most people were a lot more concerned about the games than anything else.

And there were alotof games. I’ve been to many a BlizzCon, but this was by far the most eventful in terms of announcements. There was the long-awaitedDiablo 4, a newWorld of Warcraftexpansion calledShadowlands, a sequel-of-sorts toOverwatch, and a newHearthstonemode that marks Blizzard’s entry into the popular auto-battler genre.

I actually started my career as a writer writing for aWorld of Warcraftnews site called WoW Insider (now titled Blizzard Watch). For years, though, I had mixed feelings about Blizzard games. I often felt like every Blizzard game had a more sophisticated, more compelling, more hardcore alternative. But as I grew older, and especially as I experienced games through the eyes of my then-girlfriend (now wife) who was new to gaming, I began to appreciate Blizzard’s focus on accessibility, onboarding, and polish.

Based on how it’s designed, it’s much easier to keep up withDiablo 3if you work full time and have a family than it is to followPath of Exile. The same goes for modernWorld of Warcraftcompared to many other MMOs. Also, Blizzard games became a regularly shared activity between my wife and I over time. We leveledWoWcharacters together, each on our own desktops; we gatheredDiablo 3sets in the couch co-op PS4 version; we formedOverwatchteams with my brother-in-law and secured many, many plays-of-the-game; we cheered for our favorite players inHearthstoneesports.

So I went to BlizzCon 2019 as a fan with deep , deep history in these games. And these are my (largely positive) impressions of arguably the biggest new game at the show:Diablo 4.

Let’s get this out of the way first: despite modern game design concepts and very modern rendering tech,Diablo 4looks a lot more likeDiablo 2than it doesDiablo 3. It’s not cartoon-ish or colorful; it’s dark, grim, muted, and painterly. If you’re in the cadre of players who were disappointed byDiablo 3‘s lighter, campier tone, you’ll be pleased to see a return to form

Every asset in the area I played was created to convey a sense of decay, despair, and violence. And Blizzard has implemented cinematic transitions between areas. Instead of simply clicking on a dungeon entrance and teleporting to a starting point for that dungeon as in previous titles, your character will do something like get on their hands and knees to push vines aside and crawl through a cramped crawlspace, emerging on the other side . The game goes into aTomb Raider– like cinematic camera view to depict these transitions, then it returns to the standard top-down view once the transition is complete.

There are a lot of bells and whistles like that intended to give the game a bit more gravity and counter the cartoony floaty-ness (for lack of a better term) ofDiablo 3. We interviewed two members of the art team at the show, and they enthusiastically listed the major graphical improvements and engine features they’ve introduced this time around. For one thing,Diablo 4employs physically-based rendering. It also has environments with slopes and hills in a way that evenDiablo 3didn’t, and player characters seamlessly transition between animations in more realistic ways. (Prior iterations simply canceled the current animation when starting a new one, butDiablo 4follows a model represented by a lot of more modern triple-A games).

It all looks great, but as is usually the case with Blizzard titles, it’s the art that really sells the experience. The technical stuff is in a supporting role.

The look ofDiablo 4was what struck me most about it, but it’s also the hardest thing to convey in writing — so you’ll just have to go off of screenshots, concept art, and videos.

There’s no question that it feels a bit likeDiablo 3to play. Class skills have a similar cadence, similar effects, and fall into similar categories to those in3; which is a good thing, becauseDiablo 3feels great to play.

I played as a Druid — a class that shapeshifts at will. The left mouse button attacked in one form (a werewolf of sorts), the right mouse button in the other (a bear). In addition to that, there was an action bar of other abilities — standard Diablo stuff. LikeDiablo 3, many abilities involve very clear movement like leaps or charges; it even brings the dodge mechanic over to the PC from the console version ofDiablo 3.

It’s tight and fast to play, but fundamentally, if you’ve played any other Diablo-like action RPG , you’ve played this one to some degree. It’s worth noting that there are public events and that it phases players in around you at relevant moments similar toDestinyand its ilk. I fought one large world boss and participated in one random event — both were very similar to what you’d see in modern MMOs.

While the demo was too short for me to really sink my teeth into progression systems, I was able to confirm that it’s something of a hybrid ofDiablo 3and earlier titles. One panel has you picking between options for each ability slot, much likeDiablo 3, but the other is a more oldschool talent tree with each point giving marginal advantages like X% to the crit rating of some ability, or what have you. It seems like it should appeal to oldschool and newschool fans alike.

That said, it’s very clear that this is anearlydemo. Reports indicated that Blizzard rebooted its work onDiablo 4back in 2016, and knowing the way the company normally works, having a playable demo only three years into this iteration is quite surprising. You’d be forgiven for suspecting Blizzard rushed to this point to alleviate fan anxiety over the lack of an announcement last year. Because it’s clearly a demo pushed out for having-a-demo’s sake, we can’t be sure much of anything we saw here will stick all the way to launch two or more years from now.

WhenDiablo 3first launched , I played the campaign but stopped there. It just didn’t grab me; the itemization seemed all out of whack, and the idea of ​​repeating story chapters to grind for legendaries didn’t appeal to me. However, all that changed with the launch ofReaper of Souls, and later, the console version. I began playingDiablo 3with my wife (then girlfriend) in co-op splitscreen (which Blizzard confirmed to be will also be a feature in the console versions ofDiablo 4) for hours a week, and the redesigned endgame (including Adventure Mode, Greater Rifts, and all that good stuff) had us seriously hooked.

Between the two of us, we ended up building every class to max level, reaching embarrassingly high Greater Rift levels , and securing every set for every class. Ultimately, I playedDiablo3more than I ever playedDiablo 2. It became one of my favorite games of all time. But I didn’t love everything about it.

For one, the game didn’t have the same sense of atmosphere thatDiablo 2did. For another, I felt the over-reliance on set-based builds made the endgame a little bland. Sure, seasons could mix it up a bit, but it really meant there was a relatively limited set of viable builds, as there were usually one or two set builds per class that were way better than the others for running rifts, and the majority of your equipment slots were unmovable since it was all about sets.

So doesDiablo 4address both of those concerns? It seems like the answer to both is tentatively “yes.”

While my demo time wasn’t long enough to give me a real sense of what min-maxing in the endgame would be like, Blizzard designers said duringDiablo 4‘s BlizzCon panels that this game will de-emphasize sets in favor of legendaries to some degree. They also mentioned that there will be a ton of legendaries, but at a somewhat lower drop rate than modernDiablo 3. That said, legendary drop rates were too low atDiablo 3‘s launch, but the game ended up being a legendary piñata with too-high drop rates later in its life. So it stands to reason thatDiablo 4will evolve too.

As for atmosphere, as noted above, the game has that in spades — in fact, in this very early build, that right there is my main takeaway. It’s dripping, oozing, soaking with weary, hazy, gothic, horrific atmosphere. In that respect, it borrows a great deal more fromDiablo 2than it does fromDiablo 3. And while I enjoyedDiablo 3more than some series die-hards, on that point I believeDiablo 2has more to offer, so this is a welcome development.

All of this is to say that my short time withDiablo 4made the game seem promising — but things are so early, it’s hard to say much with certainty. Nevertheless, I’ll be watching this one closely until it releases “Blizzard soon.”