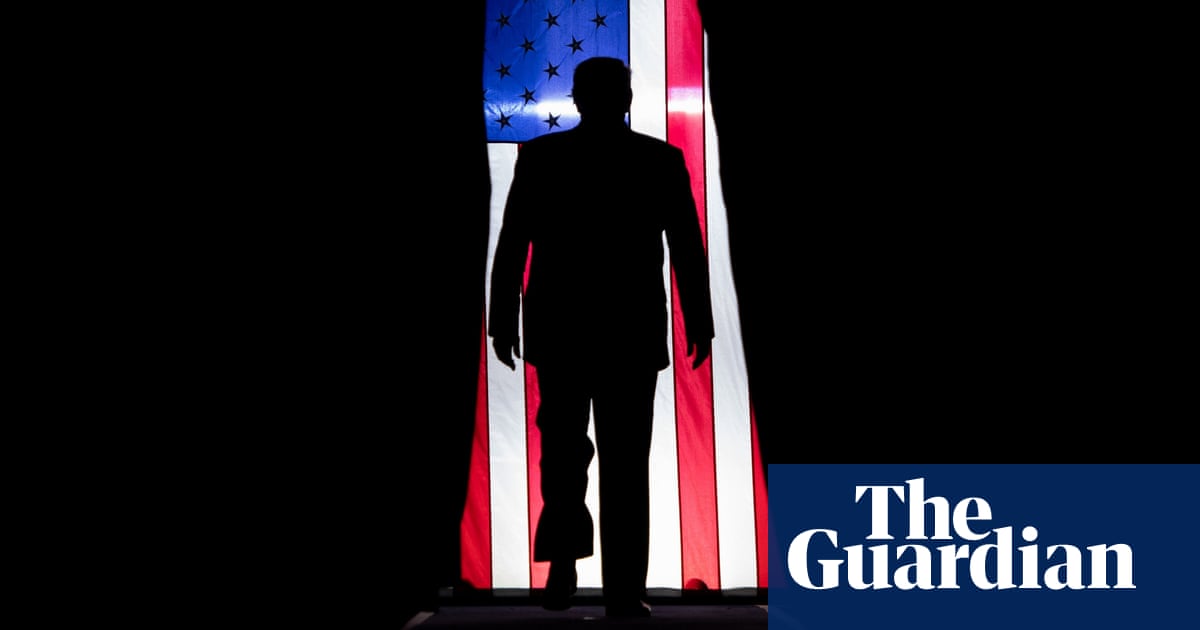 Donald Trump has shown little taste for military adventure. He avoided the draft in Vietnam. He fell out with his once-beloved generals. He stunned the world by pulling troops out of Syria andabandoning America’s Kurdish allies.

But on the political battlefield, the president has shown how he and his allies intend to fight impeachment: with a blitzkrieg aimed at deflecting, distracting and discrediting. What he lacks in coherent strategy, he makes up for in shock and awe. Trump will send in the tanks and take no prisoners.

It appears that most Republicans are still willing to march behind him, not by defending what many see as indefensible – the president’s offer of a quid pro quo to Ukraine – but by throwingsand into the gears of the impeachment process.With the help of Fox News, they are set to intensify attacks on the legitimacy of the inquiry itself, demonizing its leaders and sowing doubt wherever possible.

The great unknown is whether the approach will prove as effective as their efforts to underminespecial counsel Robert Mueller’s Russia investigation, potentially boosting Trump in the 2020 election , or the case against him will be so compelling that he will be removed from office or defeated at the polls.

“Trump is using the same approach he did to subvert the Mueller report: undermining the legitimacy of the messenger, assigning political motives to those who testify and relying on the Fox News firewall to serve up propaganda to his base, ”SaidKurt Bardella,a former spokesperson and senior adviser for Republicans on the House oversight committee.

“The difference is that with Mueller we had a lot of time where we didn’t know anything. In the impeachment inquiry we are getting a steady stream of new information that is providing context. ”

House Democrats’ impeachment inquiry is a month old. Unlike Muellerit has moved at warp speed,subpoenaing witnesses, gathering testimony and building evidence against the president some say makes it inevitable he will be impeached by the House and put on trial by the Republican-controlled Senate.

This week Bill Taylor,the top US diplomat in Ukraine, made the most damning allegations yet about a quid pro quo in which Trump threatened to suspend military aid and the offer of a White House meeting unless Ukraine agreed to announce investigations into political rivals including former vice-president Joe Biden, a potential opponent in next year’s presidential election.

Taylor, a respected Vietnam war veteran with half a century of public service, also described an “irregular, informal policy channel” by which the Trump administration was pursuing objectives in Ukraine “running contrary to the goals of longstanding US policy ”. His evidencereportedly prompted“a lot of sighs and gasps” in the hearing room.

The backlash from Trump was as swift as it was expected. Since the shadow of impeachment fell, the president has put down a daily barrage of tweets. Responding to Taylor and other members of his own party he sees as disloyal, he described “Never Trumper Republicans”as “human scum”.

On the same day, about 30 HouseRepublicansbarged into the secure facility where the impeachment depositions are being taken and ordered pizza. The testimony of a Pentagon official was postponed by more than five hours. The members complained about lack of transparency as evidence is being given behind closed doors.

It was not their only gambit. Earlier in the week Republicans attempted to censure Adam Schiff, chair of the House intelligence committee, for his handling of the impeachment inquiry, only for the Democratic majority to set the resolution aside. On Thursday Lindsey Graham, chairman of the Senate judiciary committee and a Trump loyalist, introduced a resolution condemning the inquiry as an unfair, secretive and designed to embarrass the president.

In an ominous development, the justice department stepped up its review of theorigins of Mueller’s Russia investigation,giving prosecutors the ability to issue subpoenas, potentially form a grand jury and compel witnesses to give testimony and bring federal criminal charges. The move raised fears of a politically motivated ploy to burnish the overall narrative that Trump is a victim of the deep state, casting impeachment as Mueller 2.0.

But there was still little sign of a war bunker where a strategy is being coordinated. Instead it appears to be a case of a scattergun and “fire at will”, a measure of how ill-equipped the White House is for the battle to come. More than 1, 000 days into Trump’s presidency, its ranks are severely depleted.

Chief strategist Steve Bannon is long gone. Press secretary Stephanie Grisham has never given a formal briefing to reporters in the west wing. Trump does not have a permanent chief of staff, only Mick Mulvaney in an acting capacity. Earlier this month Mulvaney held a disastrous briefing in which heblurted out a confessionof a quid pro quo with Ukraine, only to issue a retraction later.

It means there fewer guardrails on a president who would be capricious, impulsive and mendacious even if surrounded by the best and the brightest.

Bardella added: “No matter who’s working in the White House, we already know it will be blown to hell by Trump’s tweets on any given day. You can have the best organization in the world but it’s useless if the principal is so undisciplined. ”

‘Clinton had a pretty good approach’

The lack of structure could not be more different from the last president to be impeached,Bill Clinton,who set up a dedicated “war room” while getting on with the business of governing.

Graham, now working with the White House on a better coordinated strategy but then an impeachment manager in the House, told reporters this week the Clinton example should be followed because he “had a team that was organized, that had legal minds that could understand what was being said versus the legal proceedings in question, and they were on message every day ”.

The senator from South Carolina added: “President Clinton defended himself but he never stopped being president. And I think one of the reasons that he survived is that the public may not have liked what the president had done but believed that he was still able to do his job… I’m hoping that will become the model here. ”

The sentiment was echoed byChris Ruddy,a conservative media executive and friend of Trump. He told the Guardian: “Bill Clinton had a pretty good approach – better than Richard Nixon. It should be ‘business as usual’ where they’re pushing legislation on healthcare, immigration, infrastructure. ”

Public opinion does not favor removing Trump from office, Ruddy argued, so the White House should avoid a politically costly battle.

“We’re in a political payback system where everyone is trying to out up each other. If you look at the poll numbers, he’s actually holding up, although there’s a hardening of people who favor impeachment and removal. He’s not actually in a bad situation. ”

On Friday the Axios website reported“a de facto impeachment war room ”had sprung up at the White House with the primary objective of ensuring that should the House impeach Trump, there will not be the 20 or more Republican defections required in the Senate to convict him.

“Almost every morning around 10 am, there’s an impeachment ‘messaging coordination’ meeting in either the Situation Room or the Roosevelt Room ”involving senior officials, the report said.

But critics argue that “messaging” is doomed from the start in this case because the facts are so devastating. Trump has openly encouraged Ukraine – and China – to investigate Biden and his son, Hunter. With Taylor’s compelling evidence, it appears to be case closed. Some problems are unspinnable.

Rick Tyler,a Republican strategist and Trump critic, said the president’s exertion of pressure on the leader of Ukraine had been tantamount to blackmail and extortion.

“It was such an abuse of power. I can’t think of a president who’s done anything more impeachable or worse than that. It’s indefensible and anyone who defends it is going to face some liabilities because it’s so egregious. ”

He described the Republican fightback as “lawlessness, disorder and chaos. Undermining the process and smearing the witnesses and engaging in ‘whataboutism’ is the main strategy. The question is whether they will be successful, as they were with Mueller, at discrediting the process.Democratshave to step up their game and be more transparent about what they’re doing. ”

‘An exercise in table-pounding’

For all the noisy grandstanding this week, Republicans said little about the substance of the allegations.Their extraordinary invasion of the Scif[Sensitive Compartmented Information Facility] on Capitol Hill was fodder for TV networks and briefly stole the limelight from the damaging evidence being presented. It seemed a classic Trumpian ploy of shifting attention with a showy spectacle and earned thanks from the president for being “tough, smart, and understanding in detail the greatest Witch Hunt in American History”.

But whether it can be sustained is questionable. Democrats are gearing up for televised hearings that could begin next month and feature dramatic and damaging testimony from the likes of former national security adviserJohn Bolton.Republicans are hamstrung by a torrent of revelations that makes today’s deniable rumor tomorrow’s smoking gun.

Bill Galston,a former policy adviser in the Clinton administration, said: “If there is a White House strategy, I haven’t discerned it up to now. It’s very difficult to form a strategy that others are prepared to rely on and execute if you have reason to believe that what is held to be true today might not be true tomorrow.

“The White House has a credibility problem and members of the president’s party don’t know what they don’t know.

Trump retains two not so secret weapons to amplify his message: fiery rallies, which he is holding with greater frequency, and conservative media.

A survey published this week by the Public Religion Research Instituteshowed the group most loyal to the president is Republicans who watch Fox News. More than half of Republicans whose primary news source is Fox said almost nothing could change their approval of Trump. For Republicans who get their news elsewhere, the figure is considerably lower.

Galston, a senior fellow at the Brookings Institution think tank in Washington, added: “If I was in the White House now, I would send a delegation to [Fox News host] Sean Hannity and say, ‘Sir, you have more credibility with the president than anyone else. If you believe, as we do, that he needs a coherent strategy, can you make that case for us? We officially work for the president but you unofficially work for him. ’

“It seems like a joke but, as I sit here and think about it, I’m falling in love with the idea.” 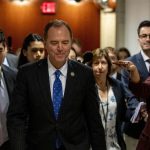 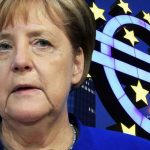